The USD/CAD pair momentarily dropped below the 1.2600 mark and refreshed weekly lows during the first half of the European session.

Against the backdrop of Tuesday's upbeat Canadian Q4 GDP print, a modest uptick in crude oil prices continued underpinning the commodity-linked loonie. This, along with the emergence of some fresh selling around the US dollar, exerted some pressure on the USD/CAD pair.

From a technical perspective, the intraday slide found some support near a downward sloping trend-line. This, along with another descending trend-line, seemed to constitute the formation of a falling wedge pattern on intraday charts and favours bullish traders.

The constructive set-up, however, is not confirmed until the USD/CAD pair decisively breaks through the resistance marked by the top boundary of the wedge. The mentioned hurdle is pegged near the 1.2655-60 area and should act as a key pivotal point for traders.

Meanwhile, technical indicators on 4-hourly/daily charts – though have been recovering from the negative territory – are yet to confirm a bullish bias. This further makes it prudent to wait for a sustained move beyond the mentioned barrier before placing fresh bets.

On the flip side, some follow-through selling below the daily swing lows, around the 1.2595-90 region will negate prospects for any meaningful recovery. This would turn the USD/CAD pair vulnerable to accelerate the slide further towards the key 1.2500 psychological mark. 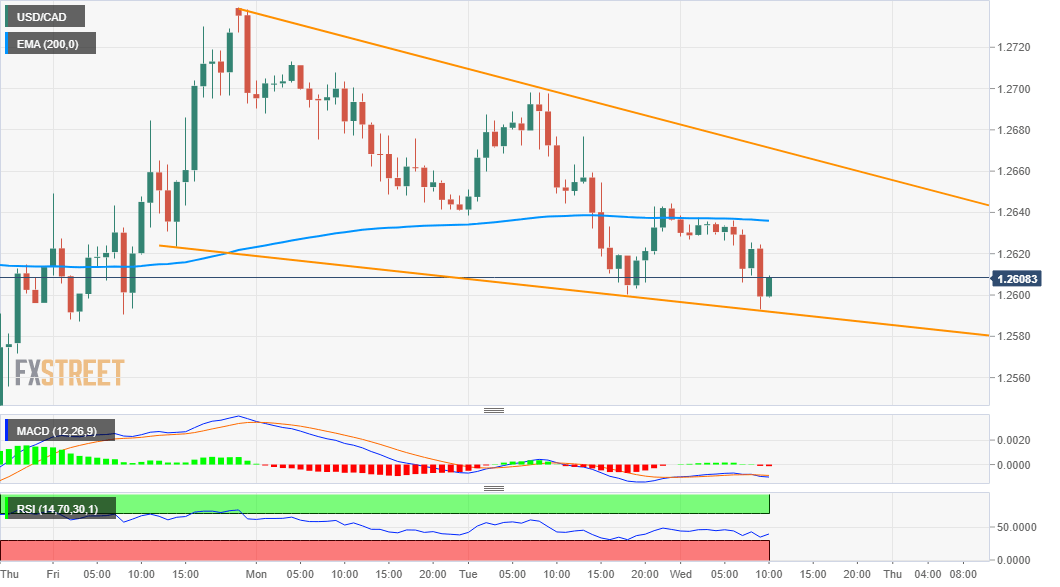