The greenback, measured by the US Dollar Index, rose on Friday and it was about to end the week with a gain of 0.15%. It climbed for the second consecutive day approaching to 97.70, the 2019 highs.

The US employment report showed that the US economy added 196K jobs in March while the unemployment rate stood at 3.8%. Average hourly earnings were up 3.2% from a year ago, below the 3.4% of market consensus. Many analysts considered that the labor market numbers offered a relief to Federal Reserve officials following the bad report for February. Still, they expect growth to be significantly lower over the current year compared to 2018.

Initially, the US dollar lost ground after the report but rebounded sharply and turned positive across the board, despite lower US yields. It peaked after the beginning of the American session and then consolidated gains on a quiet session. The DXY peaked at 97.46, the highest level since April 2 and near the end of the week was hovering around 97.40, on its way to the second highest close for the year.

The trend in DXY still points to the upside but to clear the way to more gains, it needs to break the key strong resistance area located around 97.70 that since November of last year was tested several times.

Key reports for next week:

“In the US, the consumer price index could have increased significantly in March (+0.4% m/m), reflecting a surge in gasoline prices. This, combined with a positive base effect, may have caused the year-on-year rate to rise three ticks at 1.8%. Core inflation, for its part, may have risen 0.2% in the month, allowing the annual rate to remain unchanged at 2.1%. The March iteration of the NFIB Small Business Optimism Index will be published alongside February’s factory orders and Job Openings and Labor Turnover Survey (JOLTS). Finally, the Fed will release the minutes of its March 20 meeting”, resumed National Bank of Canada analysts.

Another critical event will be the European Central Bank meeting and Chinese trade and CPI reports. The Brexit drama will continue and traders will also look at the developments regarding the US-China trade talks.

EUR/USD tumbles to around 1.1650 amid a souring market mood

EUR/USD is trading around 1.1650, despite update eurozone GDP, The euro is under pressure amid covid-related lockdowns and uncertainty about the US elections. US personal income beat expectations with 0.9%.

GBP/USD hovers over 1.29 amid fears of a UK lockdown

GBP/USD is trading above 1.29, off the lows as markets bounce. Fears of a nationwide lockdown loom large, as UK covid cases are rising. Brexit negotiations are also eyed.

Gold futures have bounced up from $1,860 lows, returning to $1,885 area, buoyed by a slightly brighter market mood on Friday which has eased safe-haven demand for the US dollar. 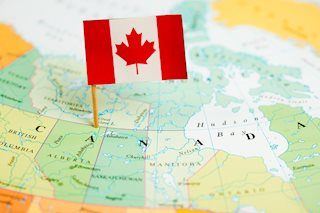 The economic activity in Canada expanded by 1.2% on a monthly basis in August, the data published by Statistics Canada showed on Friday. This print followed July's growth of 3.1% (revised from 3%) and beat the market expectation of 0.9%.

Front-month WTI futures remain near multi-month lows, at $35.35, set for an 11% weekly drop as the release of the Baker Hughes oil rigs data has failed to offer support.