Tesla (TSLA) shares finally closed below the psychological $1,000 support level on Monday. The shares had been threatening this for some time, and we anticipated the move yesterday after a few failures. It is a normal feature of support and resistance levels that the more times they are tested the more likely they are to fail. Tesla had been flirting with breaking below $1,000 ever since Elon Musk tweeted about selling shares. The level had been broken intraday on a few occasions since, but never had Tesla managed to close below it.

That was until yesterday. This feels like a significant break. The next obvious level in our view is the $910 support, which was formed from the "Hertz" effect – the price explosion when Hertz announced it was placing a huge order for Tesla cars.

The chart above shows Tesla shares opened below $1,000 and never really managed any positive momentum through the session. Currently, more losses are being flagged in the premarket with the stock trading at $957. There was not any particular catalyst directly attributable to Tesla stock. Rather a combination of broad market weakness and profit-taking were the main factors at play, combined of course with the technical implications of breaking $1,000. Retail stocks were certainly under pressure with AMC and GME suffering large losses.

Closing below a key level is much more significant than an intraday breach. The next support, therefore, is the gap open from October 22 at $910. Already Tesla is indicating lower in Tuesday's premarket despite stock index futures and European markets looking positive. Both MACD and RSI are trending lower and signalling a likely continuation of the bearish trend in the short term. 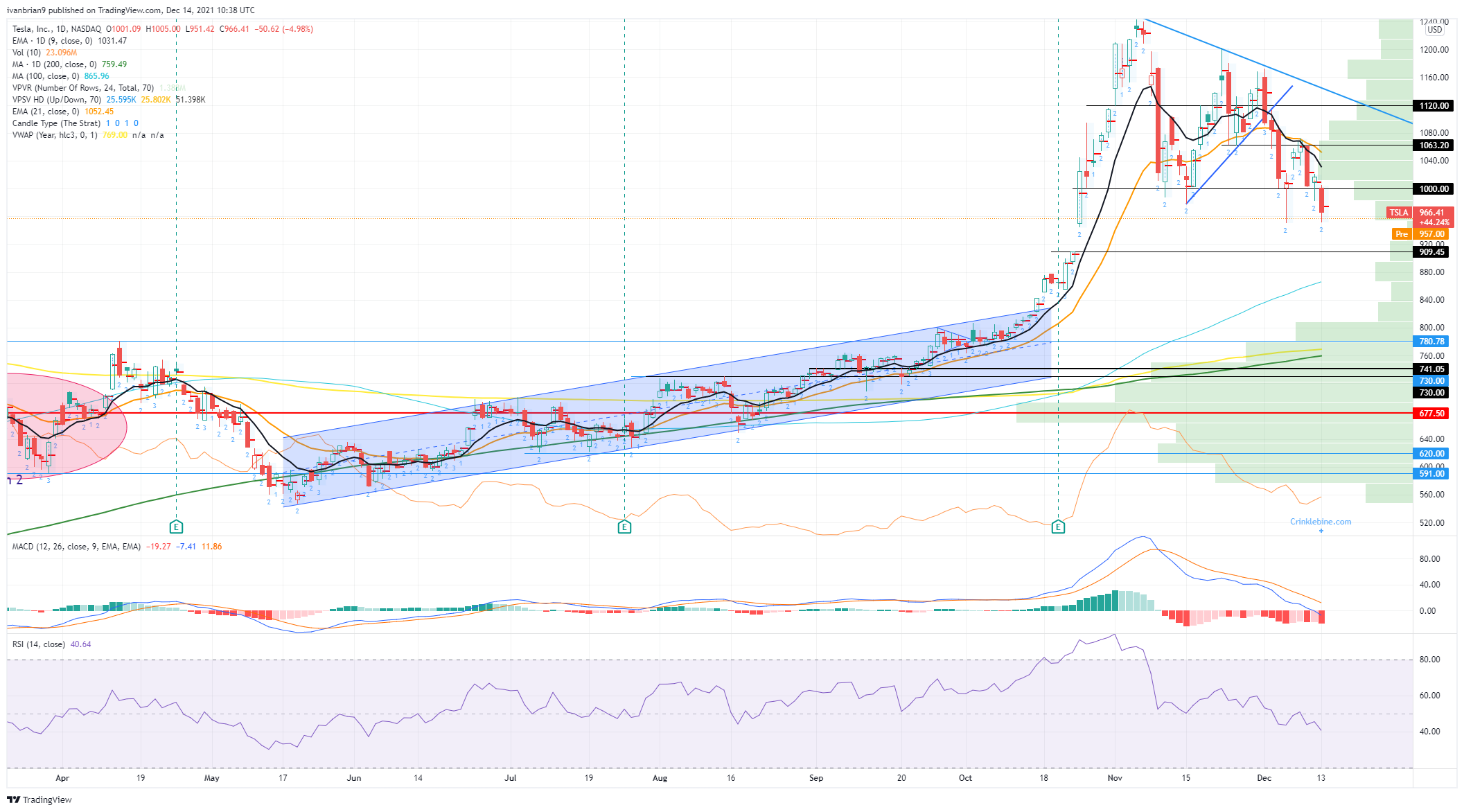