Tesla (TSLA) shares are nothing if not volatile, and we know well by now how high beta these shares are. Refinitiv data puts the beta at just over 2, which is significant for such a mega-cap name. For those not in the know, beta is just a fancy term to make us sound intelligent when talking about how much a stock moves versus the main index. So in this case, if the S&P 500 moves 1%, Tesla on average will move 2%, be that up or down. Volatility, in other words, is high for this one. Tesla is once again proving its point with some huge swings. Down 11%, up 4%, and now looking at more gains in the region of 2 to 4% on Thursday. Hard to keep up with this one, and Elon Musk keeps it interesting if nothing else.

Elon Musk took to Twitter over the weekend to propose selling 10% of his holding in Tesla. About 3.5 million votes were cast with the majority in favour of him selling. Elon Musk said he would abide by the results of that poll, and it appears he stuck to his word. News out this morning shows him selling a decent chunk of change worth of Tesla.

Filings show Elon Musk sold approximately $5 billion worth of shares. This was his first sale of stock since 2016. Usually, a CEO offloading such a large stock would be taken negatively by market participants since insider filings are closely watched by investors. But the way Elon Musk structured his reasoning may make investors overlook this one for now. Elon Musk looks to have sold about 3% of his holding.

The TSLA quote is currently at $1,105 in Thursday's premarket, up about 3.5%. That brings the stock neatly up to the 9-day moving average and close to our $1,120 level of resistance identified in the chart below. This is the short-term pivot, and we expect failure. We may be wrong, so use stops accordingly. A break of $1,120 means short-term momentum is back in a big way, and record highs would then be targeted. $1,000 remains strong support and the first target. This is the medium term pivot. 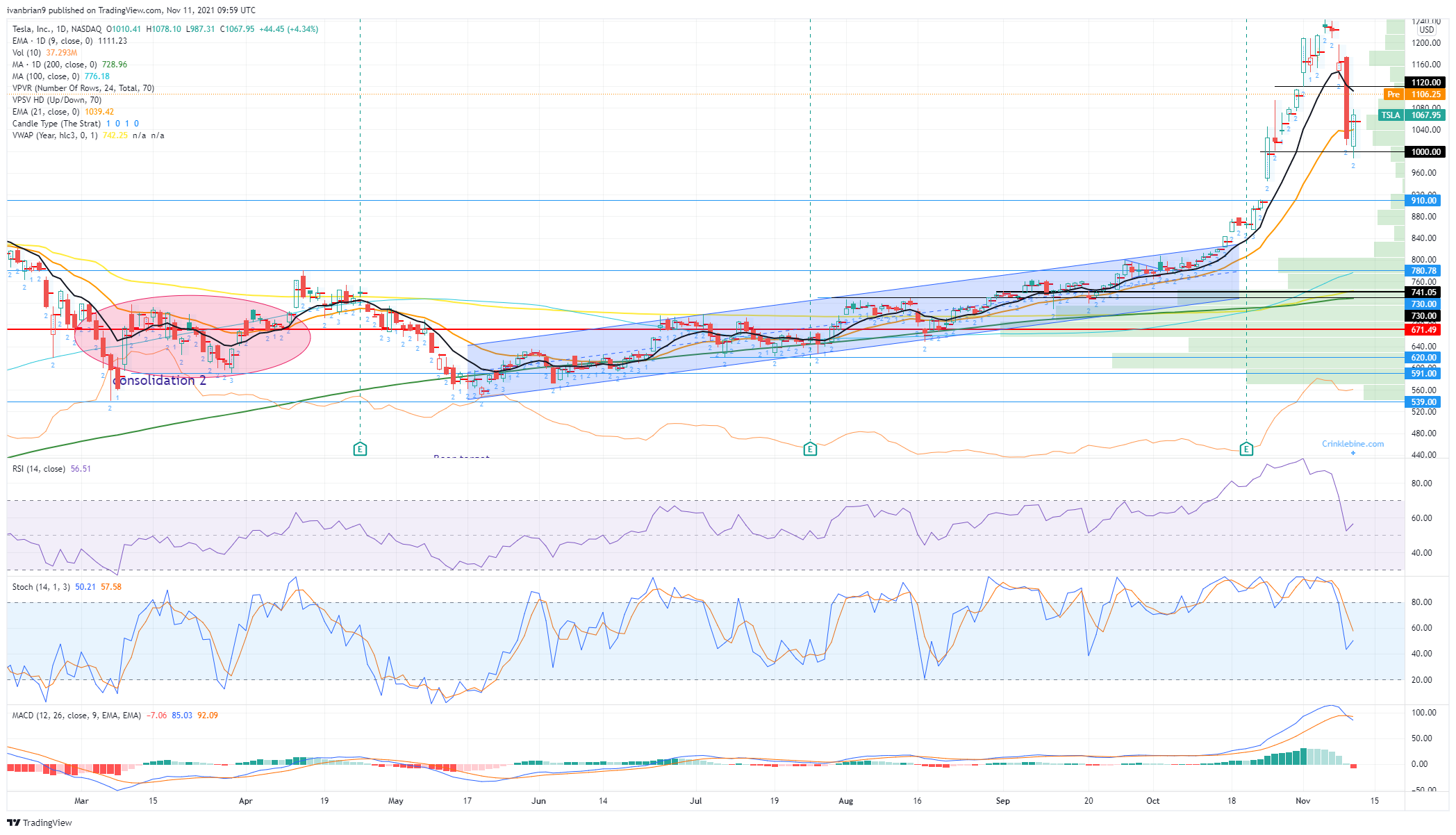