Thursday saw Tesla continue where Wednesday left off with another powerful performance. The stock has been on a charge since the introduction of the 1000 horsepower, 200 mph Model S Plaid. Coincidence or not, the stock has powered through some key levels that have attracted more and more buyers back to the stock. WallStreetBets has noticed, and TSLA stock has been one of the bigger trending stocks on the chat room this week.

The move was set in place by the strong support Tesla shares eventually found at $539, having been on a slide since January. The shares retested the zone but set a higher low at $546 in May, and from there it has been charging higher, excuse the intended pun. The 200-day moving average has also been set around this level, so it was a strong support zone. But the move was largely slow and steady until Tesla approached the key $635 level. This was the early June high, and volume between here and $667 was very light, meaning a break of $635 was likely to accelerate. This is exactly what happened as Tesla surged 5% through the level. Thursday then continued the move as more momentum traders jumped in and pushed through the next resistance at $667.

Now the job gets more difficult for bulls as the area from $667 to $715 has significant volume and will be harder to break through. This is the upper end of the consolidation 2 zone we identified back in March and April. Once or if TSLA stock breaks above the $715 resistance, then the move should accelerate due to a lack of volume. The next level to target will be $780, the high from April 14.

The risk reward remains skewed to the upside based on the powerful move of the last two days. But as mentioned, the volume traffic is now heavy until $715, so further moves may slow. This is actually needed though as the momentum oscillators, Relative Strength Index (RSI) and Commodity Channel Index (CCI) are close to or in overbought territory. 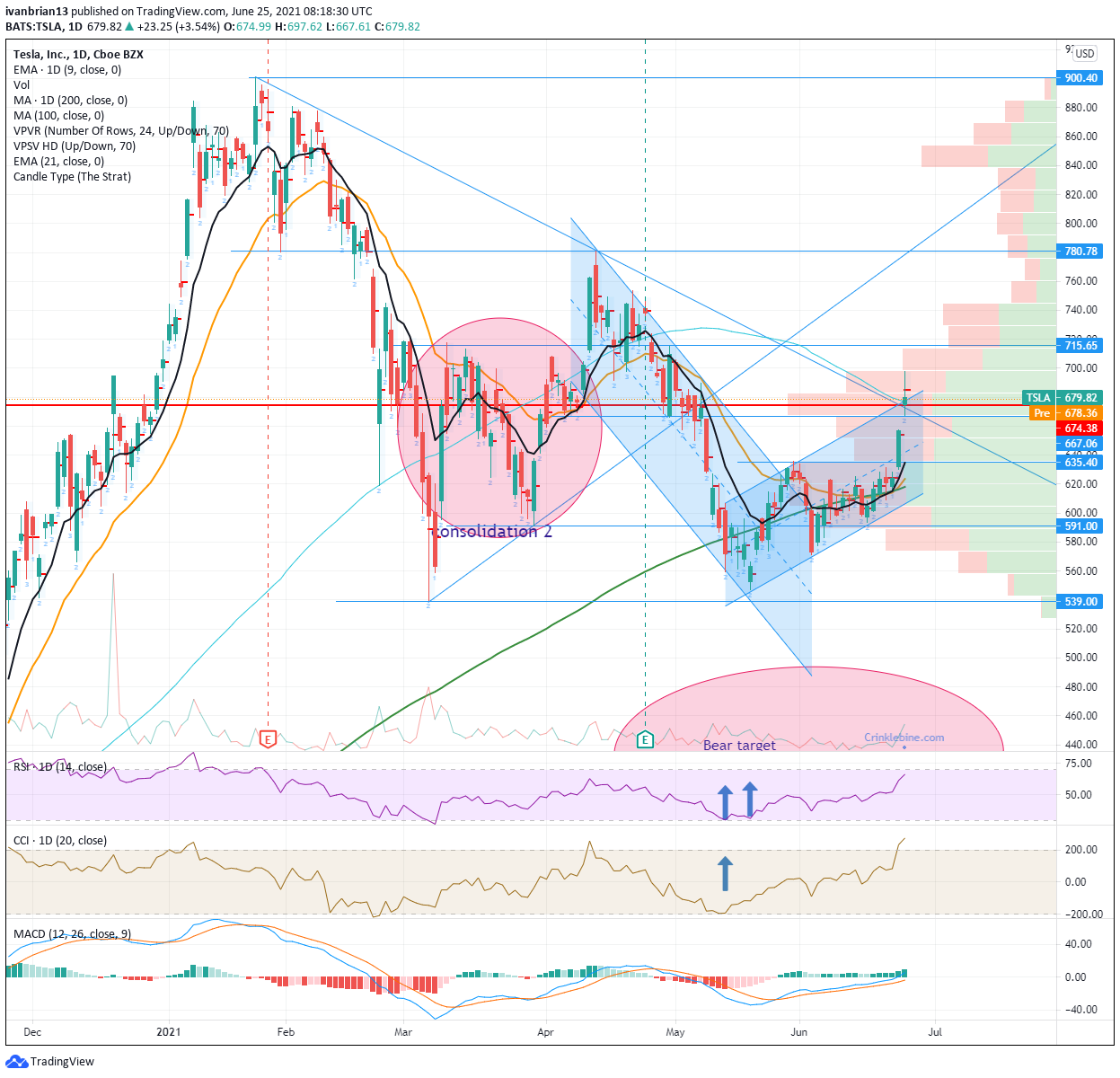