Afternoon Update: TSLA stock held on to early gains to close up a satisfying 3.5% on Thursday at $679.82. Wednesday saw the key $635 level accelerated through and Thursday it was the turn of the $667 level. Can Tesla make it three in a row and smash the $715 resistance? If it does it could accelerate sharply as volume is thin aboe. Tune in Friday for more details!

Update: The momentum continues in TSLA stock after yesterday's powerful move. More importantly, Tesla has broken the downtrend line in place since the record highs in January. Expect the move to slow here as the volume profile picks up indicating a more calm ascent. Taking a breather is no bad thing given recent gains have pushed the Relative Strength Index (RSI) and Commodity Channel Index (CCI) close to overbought zones. The next big level to target is $715 as a break here should accelerate with such a thin volume profile. 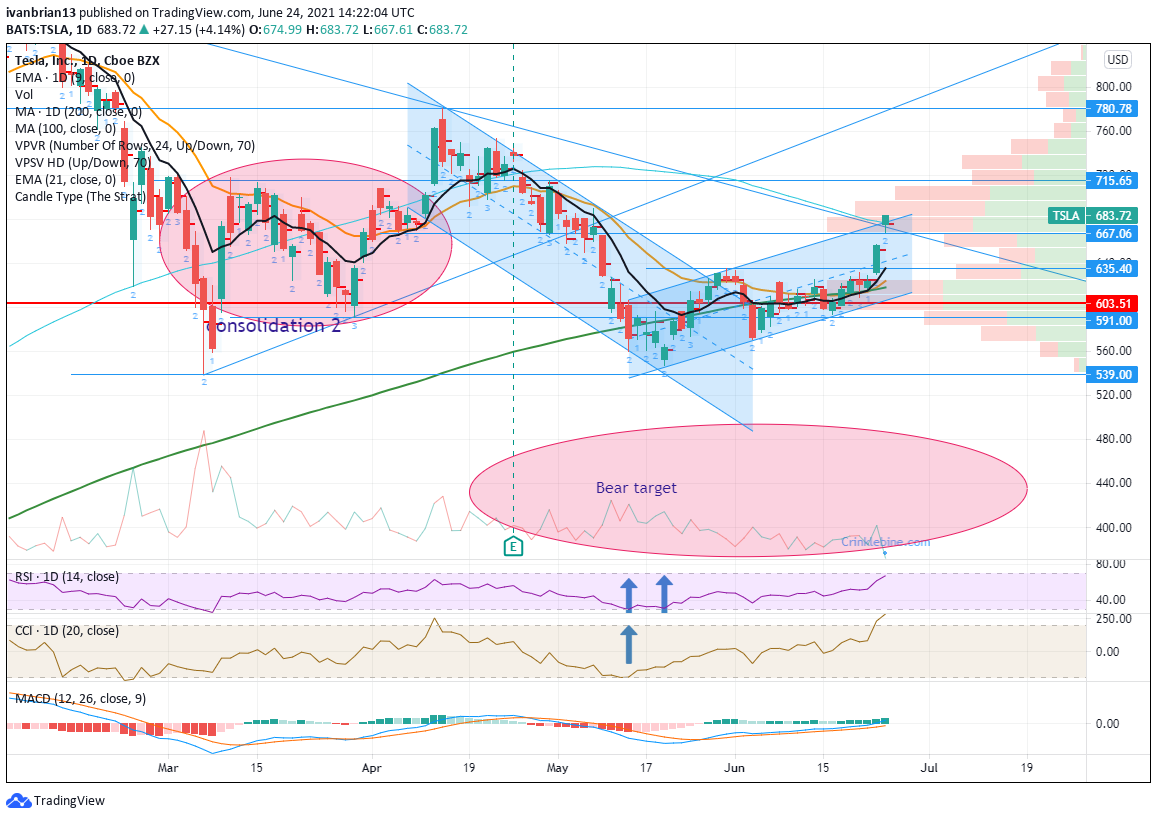 Tesla staged an explosive move on Wednesday, powering through the key $635 resistance level we had been repeatedly identifying here at FXStreet. Hopefully, some of you caught the ride. Just to recap, in our piece from before the open yesterday when Tesla was trading in the $620s, we said, "The volume profile to the right of the chart shows how volume drops off above $635 and does not kick in until $660, so a break should accelerate." Take a bow, analyst! Seriously though, it does show the power of volume, or in this case, a lack of it. We are in general herd traders. We do not like to stand out away from the crowd, so volume attracts volume, and a lack of volume usually sees an acceleration to a high volume, equilibrium area.

Now the tricky part: where to from here? From the chart below, the move to the top of the trend line is progressing nicely after Wednesday's powerful move. The first target is resistance from $673 to $678, the long-term downward sloping trendline from the January record highs. So a big resistance zone. Breaking that should see a test of the next resistance at $715. But it should be pointed out that the move through this $673-678 area will be a lot harder than the break of $635. The volume profile on the right shows a lot of volume in this zone, so any price appreciation will be tough. Once through, and a break of $715 could again see an acceleration as volume really drops off a cliff above this level. Key support is at $635.40. Some consolidation or inside candles are likely after Wednesday's powerful move, but so long as $635.40 is held the risk-reward remains skewed to further gains. 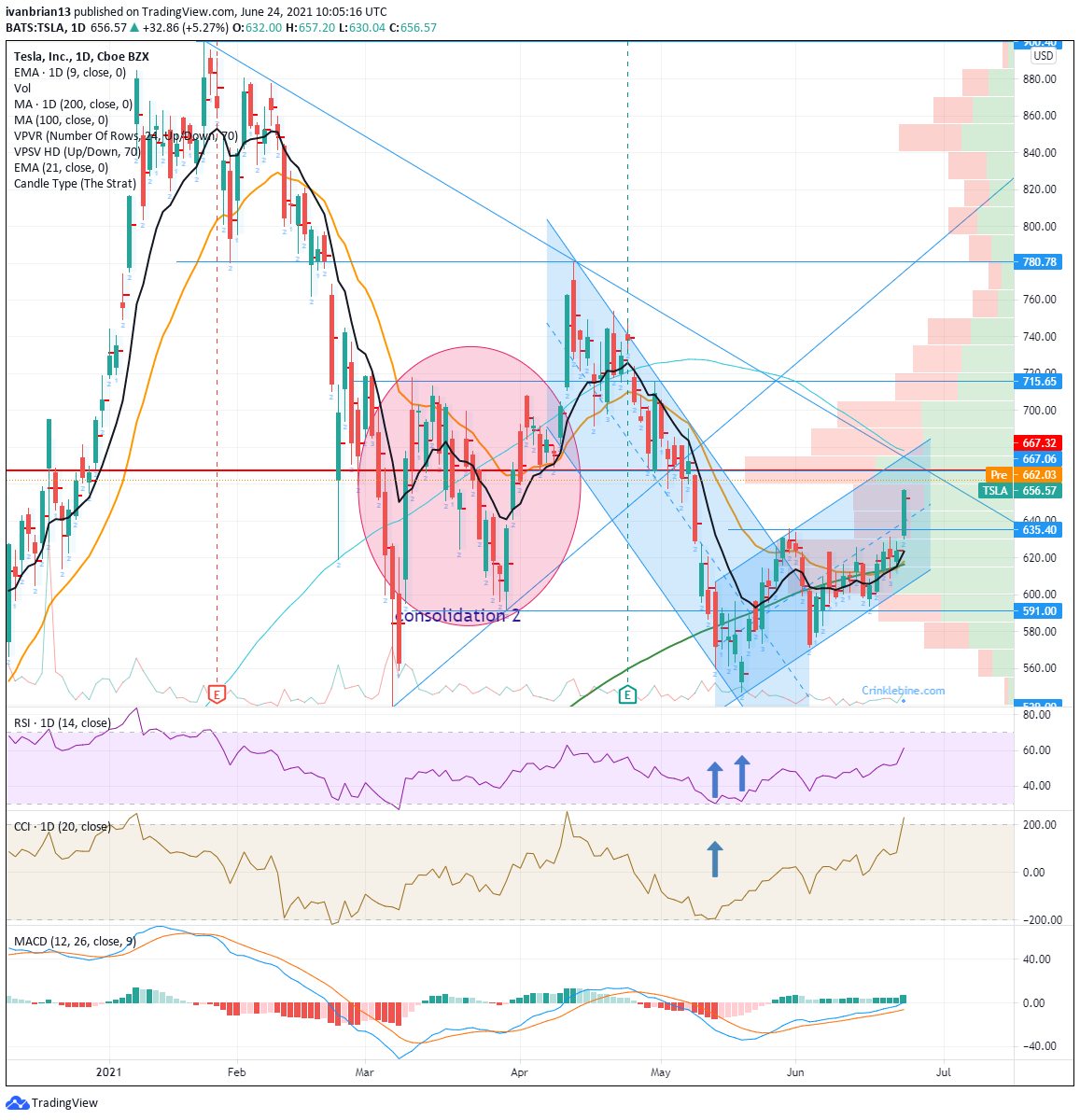