Update: Tesla is making an early break higher ahead of the results being published after the close on Monday. The EV leader is up 2.5% at $659 at the time of writing with just over an hour gone from the open. An impressive gain but still nothing to get too excited about as a strong trend has yet to form. However short-term traders will be pleased to see TSLA stock retake the 9 and 21-day moving averages. Next target $700 and then $715.

Tesla has been holding steady around the 200-day moving average since the middle of June when the strong uptrend broke down. The move through $635 and $667 key resistance levels had been accurately called here at FXStreet, and the volume profile contributed to some strong moves and strong profits for those following the break. As we had also identified, the area from $690 to 715 was always likely to see Tesla stock get stuck in traffic (easy pun) as there was a lot of volume here. $715 was the next big resistance and the failure to break through here and even the psychological $700 level has seen largely directionless sideways trading. The 9 and 21-day moving averages show us this clearly with both flatlining. Hopefully, the results after the close today will at least give us a trend to follow for the next opportunities.

Making a strong forecast before results is a fool's game, but instead traders can focus on the key levels and work out a trading plan at these levels. Presently, $715 and $591 are the big volume-related levels to look at. A break above or below either sees the potential for the move to accelerate due to the volume profile chart seriously thinning out. Even if Tesla breaks the 200-day moving average, there is plenty of volume below to support the price. It is not too significant despite what many in the mainstream media will say. Yes, the 200-day is a key level, but not in this case. Look back to May and June, Tesla was yoyo-ing through the 200-day moving average constantly. It was not until it broke $635 that a trend was formed and things got interesting.

Earnings per share (EPS) are expected to come in at $0.96 on revenue of $11.2 billion. There will be a conference call at 1730EST/2230GMT. Details and a link to the live stream conference call are here. 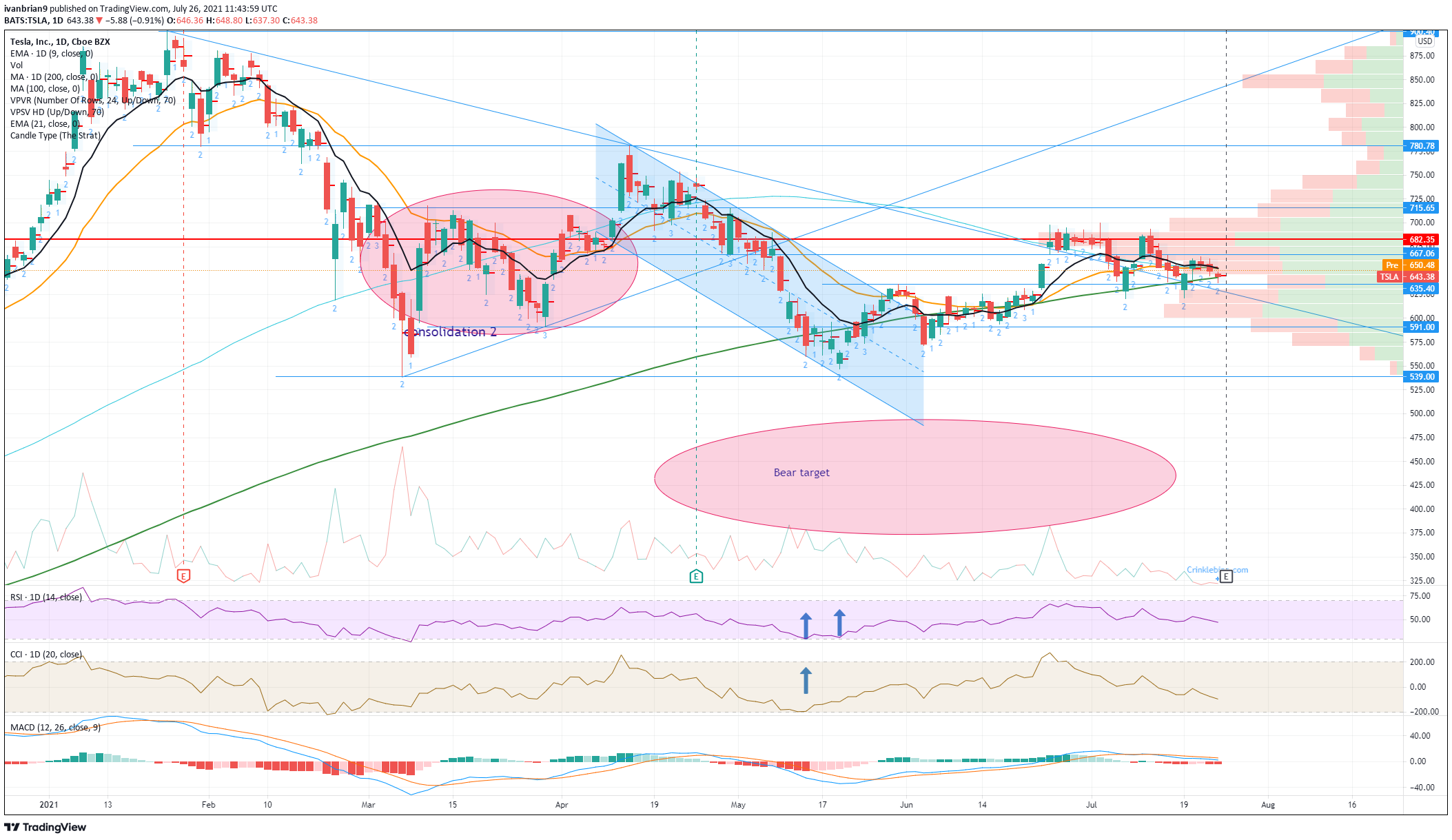