Tesla (TSLA) shares continue their momentum but look to be at least stabilizing following recent losses and potentially looking at a break higher. Tesla has been under pressure since results in late April and even before. The meteoric rise of the stock in 2020 obviously has something to do with that as nothing can keep going up forever. The entry of Tesla into the S&P 500 has also meant the shares becoming more arbitraged versus other stocks, indices, etc. Witness the huge option gamma squeezes in GameStop (GME) and AMC this year. This was also a feature of Tesla in 2020. Once in the S&P 500, it is much easier for a market maker to hedge his position as Tesla is part of a large futures and options complex. Large option buying will push the value of a Tesla option slightly out of line, but arbitrage algorithms will quickly move it back into line by performing a highly complicated set of hedging techniques using multiple derivative products across the S&P 500 landscape.

The $539 level has held and Tesla has begun a small new uptrend channel and is in the process of breaking out of the larger and longer-term channel in place since April. Using the volume profile on the right of the chart shows that above resistance at $635 there is a vacum or lack of volume, which could and should see a break accelerate to the next resistance at $667. This $667 level will be key as it firmly ends the bearish trend in place since April. This zone from $667 to $715 has a lot of volume, so it could become a consolidation zone and will be difficult for TSLA to get through. Once again the volume profile shows us that if Tesla gets through $715, there is light resistance until $850. 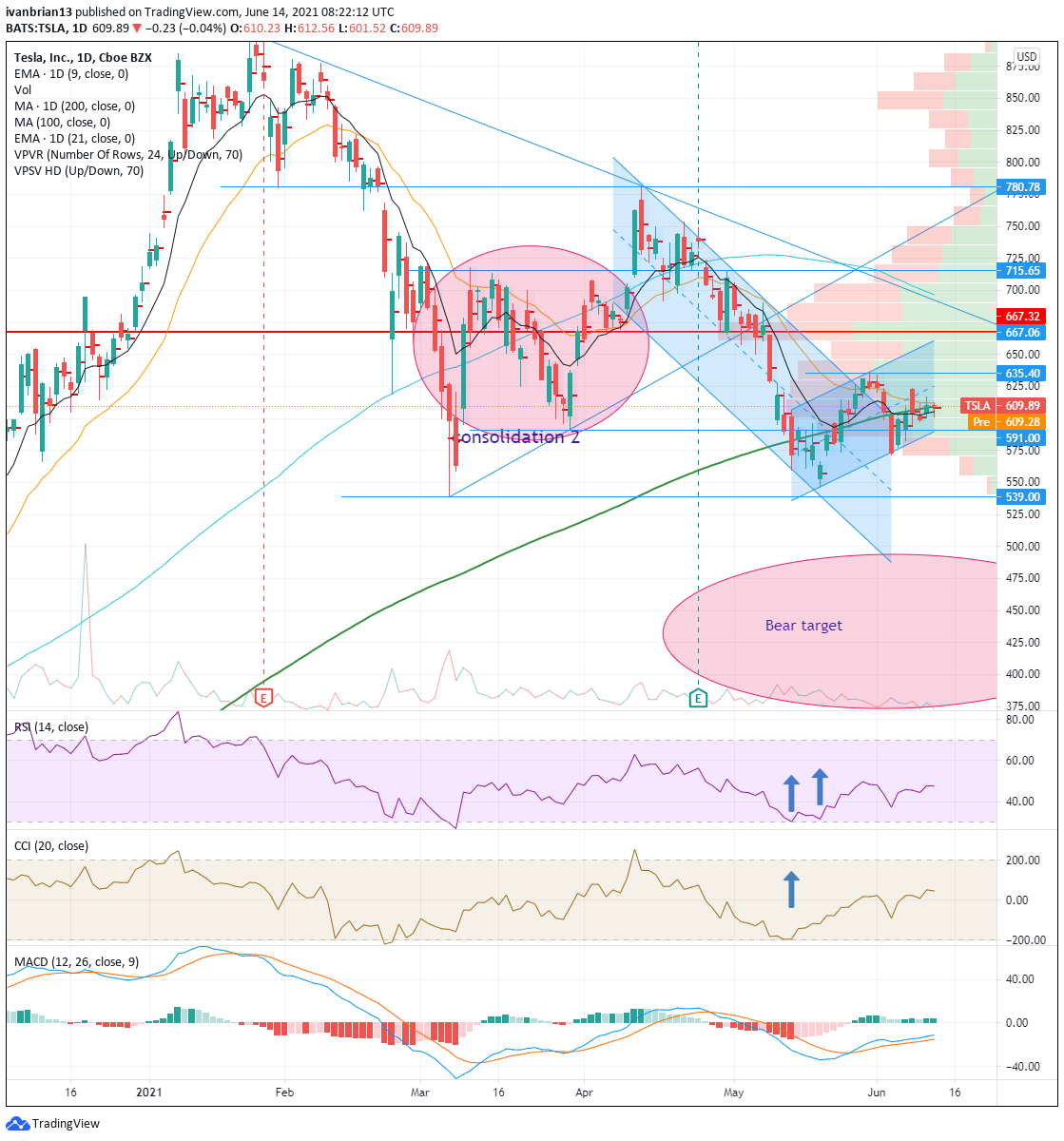 EUR/USD is trading well below 1.18 and down on the day. Markit's US Services PMI missed estimates with 59.8, souring sentiment. Worries about covid provide some support to the safe-haven dollar. The ECB's dovish decision pressures the euro.

GBP/USD hovers around 1.3750 amid after mixed UK data

GBP/USD is holding above 1.3750, clinging to this level after UK Retail Sales beat estimates but Markit's PMIs missed on both sides of the pond. Covid headlines are eyed.

Gold price is trading on the wrong footing this Friday, eyeing the first weekly loss in five weeks, as the US dollar remains at the highest levels in three months.

Cardano price pierced the July 18 swing high at $1.21, indicating a resurgence of buyers. Although ADA might try to slice through $1.25, a retracement will likely evolve before tagging $1.37.

Two steps down, one step up – that has been the playbook for risk-averse markets. What happens when traders have little time to act ahead of the weekend and the last word belongs to a downbeat figure?