Shares in popular meme name Support.com tumbled on Tuesday as the stock continued its wild ride. The shares have been a favourite of the retail crowd lately as SPRT has a very large short interest with Ihor Dusaniwasky tweeting that SPRT had reached as high as 70% short interest with the fee rising to 90%. 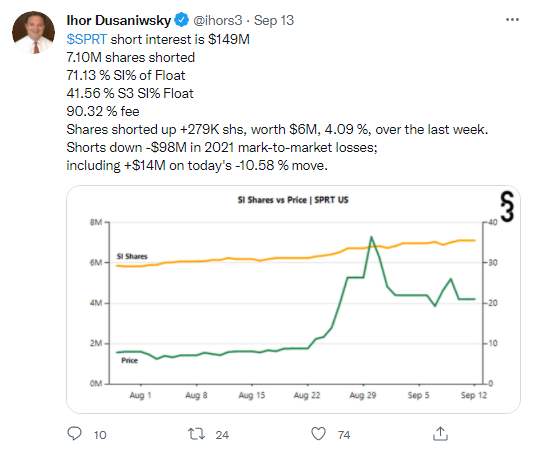 SPRT shares dropped sharply by over 38% on Tuesday as the impending merger with Greenidge Generation (GREE) was completed and the combined entity will start trading under the ticker GREE today. Support.com is now effectively a subsidiary of GREE. Every share of SPRT entitles holders to 0.115 shares in GREE. The merger between GREE and SPRT was only approved on Friday. Since then SPRT stock has dropped sharply despite the large short interest. SPRT stock though has had some strong surges leading into the merger, but many retail traders had been hoping for further short covering once the deal went through.

Greenidge Generation Holdings Inc (GREE) is a Bitcoin mining and power generation company, but it is committed to 100% carbon neutral Bitcoin mining. Support.com (SPRT) is a poster child for the pandemic working from home situation as the company provides customer and technical solutions for this type of remote working. Understandably then we can see why SPRT had captured the attention of retail traders. SPRT is a typical huge volatility stock so trade carefully with this one. Support.com peaked at nearly $60 in August and had dropped to $11.80 by Tuesday's close. SPRT was still up sharply for 2021 as the stock opened the year at just over $2. 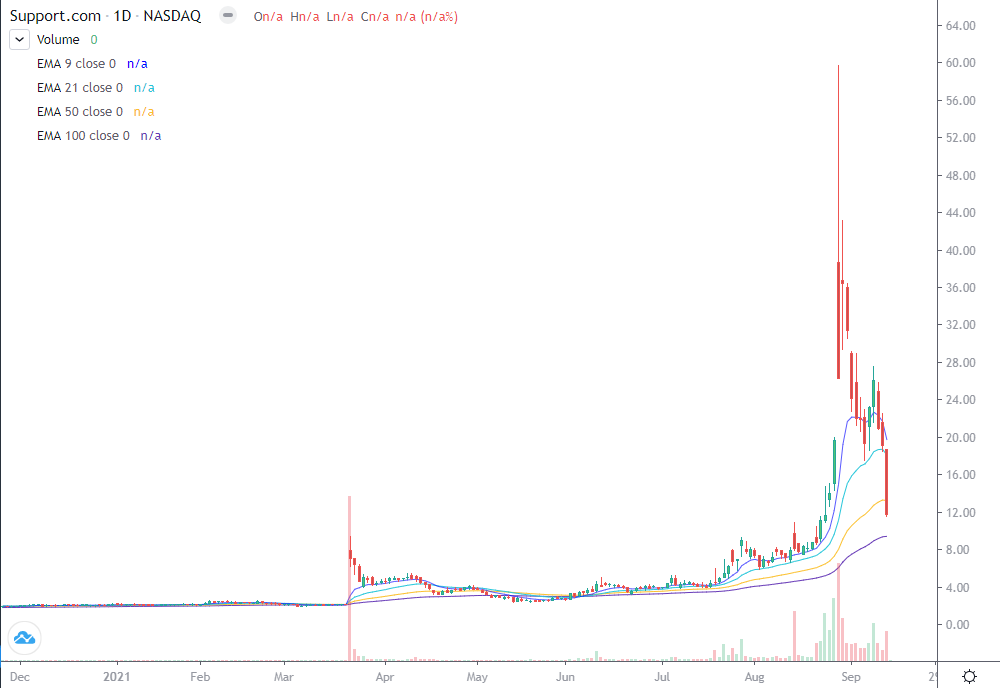 Now that the merger is completed and the stock begins trading today under the ticker GREE, will that reduce the volatility in the name? That is unknown, but volume is sure to remain high for a number of days as the stock remains much discussed among retail traders on social media. This morning GREE announced that it will expand its Bitcoin mining operation with an order of miners from Bitmain, according to a report from Reuters. Crypto stocks are already a retail favourite, so this one is sure to be added to the list.

EUR/USD recovers amid a better market mood, but tepid European data prevent it from advancing further. Relief news related to the Chinese giant Evergreen boosted sentiment despite tepid data in EU and the US.

GBP/USD jumped to 1.3700 as the Bank of England hinted at a rate hike as the first step towards normalization. MPC voted 9-0 to leave rates on hold but voted 7-2 on reducing QE. Higher rates before trimming facilities are BOE's preferred movement.

Gold attracted some dip-buying near the $1,760 region on Thursday and for now, seems to have stalled the post-FOMC retracement slide from the $1,787 area, or weekly tops.

Bitcoin price shows a healthy bounce off the 79% Fibonacci retracement level at $40,727, suggesting temporary relief. Ethereum price creeps back above the $3,000 psychological level as it follows in BTC’s footsteps.

NASDAQ: BBIG fell for the second straight day on Wednesday and eroded another 2.95%, ending the day at $6.57, still off the three-week troughs of $5.93 reached a session before.