Silver price tumbles from around weekly highs around $19.42, back below the $19.00 figure after Fed’s hawkish rhetoric finally takes its toll on the market’s erroneous perception of a Fed pivot. That, alongside positive US economic data, underpinned the greenback, a headwind for the white metal price. Therefore, XAG/USD is trading at $18.86 a troy ounce at the time of writing.

US equities are plunging after Jerome Powell’s saying that the Fed’s primary goal is bringing inflation to its 2% goal even if it spurs slow growth and “pain to households and businesses.” He added that “without price stability,  the economy does not work for anyone.”

The US Dollar Index, a gauge of the buck’s performance against a basket of six currencies, gains more than 0.30%, set to finish the week above the 108.800 figure, while US Treasury bond yields are climbing, led by the short-end of the curve, with 2s up two and a half bps, at 3.398%. In the meantime, the US 10-year benchmark note sits at 3.039%, almost flat.

In the meantime, the US Bureau of Economic Analysis reported that inflation in the US measured by the PCE slid to 6.3% YoY, less than estimates of 7.4%. Excluding volatile items like food and energy, the so-called Core PCE slowed to 4.6% YoY, lower than expectations of 4.7%.

Later, the University of Michigan’s Consumer Sentiment final release for August arrived at 58.2, upward revised from 55,1 preliminary reported, up from estimations of 55.2. Even though it’s a good reading, inflation expectations were the main spotlight. Americans expect inflation to top around 4,8% in the one-year horizon vs. 5% preliminary. Inflation is estimated to peak within five years at around 2.9% vs. 3% preliminary.

In the next week, the US economic calendar will feature US CB Consumer Confidence, ISM Manufacturing PMI, the ADP Employment report and the Nonfarm Payrolls. 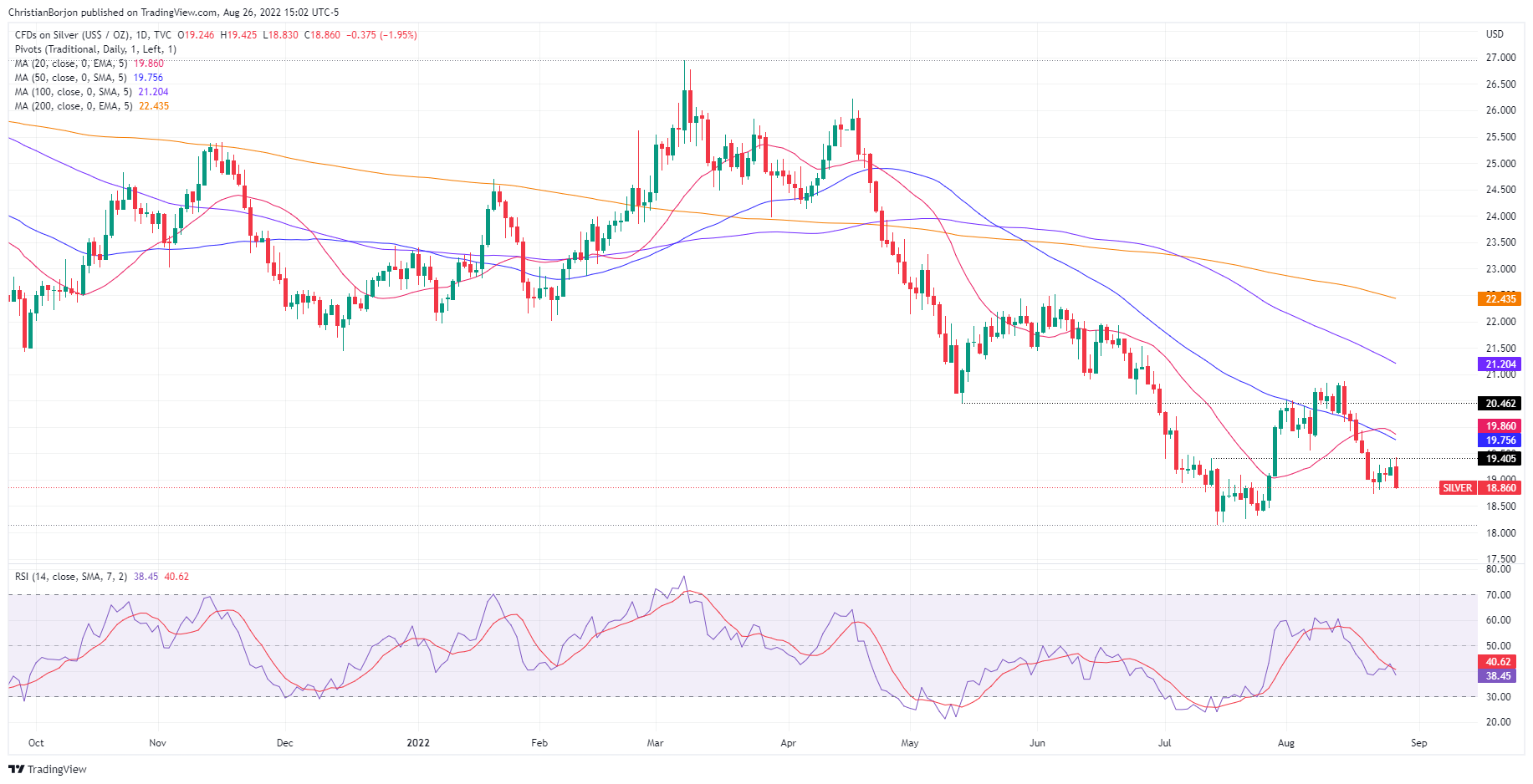