Silver gained positive traction for the third consecutive session and climbed to the highest level since February 25 during the early part of the trading action on Monday. The commodity now seems to have entered a bullish consolidation phase and was last seen trading around the $27.65-70 region.

The mentioned area marks the 61.8% Fibonacci level of the $30.07-$23.78 downfall. This is followed by the $28.00 round-figure mark, which if cleared decisively will be seen as a fresh trigger for bullish traders and pave the way for an extension of the recent rally from YTD lows touched in March.

Meanwhile, technical indicators on the daily chart have been scaling higher in the bullish territory and are still far from being in the overbought zone. This comes on the back of the recent break through the $26.60-50 strong resistance zone and supports prospects for additional near-term gains.

That said, slightly overstretched RSI (14) on the 4-hour chart held bulls from placing aggressive bets and capped the upside, at least for now. Nevertheless, the XAG/USD seems poised to surpass the $28.00 round-figure mark and aim to test the next relevant hurdle near the $28.80-85 supply zone.

The momentum could further get extended and allow bullish traders to aim back to reclaim the $29.00 level for the first time since early February.

On the flip side, immediate support is now pegged near the $27.40-35 region. Any subsequent dip might now be seen as an opportunity to initiate fresh bullish positions and remain limited near the $27.00 mark. The latter coincides with the 50% Fibo. level and should act as a key pivotal point. 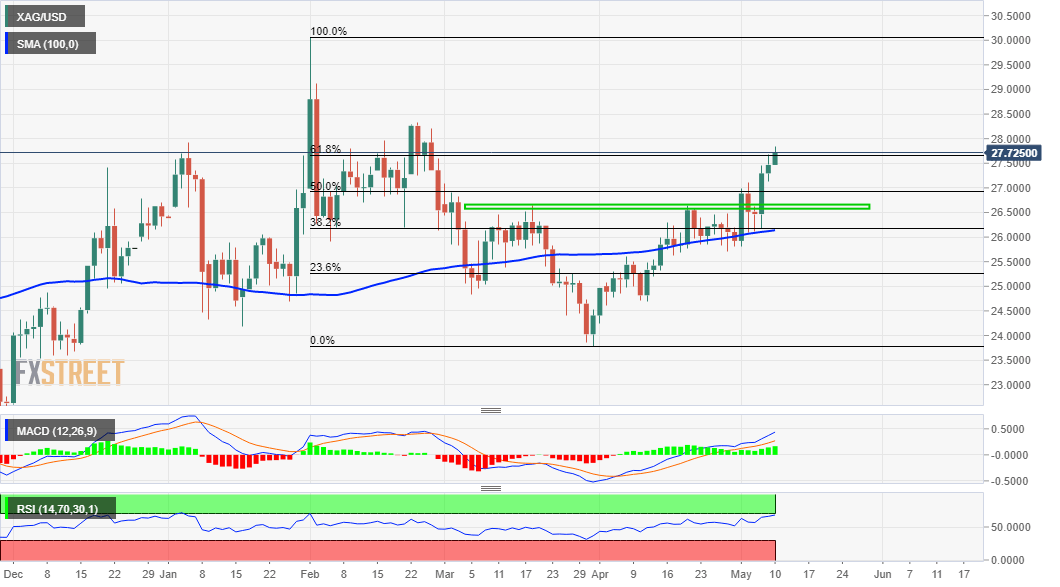 EUR/USD rises towards 1.1900 ahead of top-tier US data

EUR/USD is edging higher toward 1.19, shrugging off virus-related concerns about Chinese growth. The US ADP jobs report, the ISM Services PMI and speeches from Fed officials

GBP/USD is trading closer to 1.3950, moving higher as the dollar retreats ahead of the ADP jobs report and the ISM Services PMI. Investors are positioning themselves ahead of Thursday's Bank of England decision.

Gold snaps a three-day downtrend while heading towards $1820. In doing so, the yellow metal benefits from the downbeat US dollar but the commodity buyers remain cautious ahead of the day’s key data, namely US ISM Services PMI and ADP Employment Change.

Bitcoin SV, a fork of Bitcoin Cash has suffered a 51% attack shortly following a series of attacks last month. Over 12 blocks have been reorganized and three versions of the blockchain have been mined simultaneously. Crypto exchanges could continue to delist the token given the security issues associated with BSV. 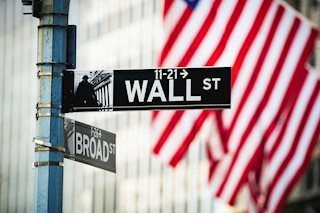 Rising COVID counts in many US states have revived the spectre of last year’s devastating lockdowns. Even though hospitalization and fatality rates are far below those of 2020, the potential damage has business operators on edge.