At the time of writing, silver is firmer around the daily bullish dynamic trendline support and trades 0.14% higher on the day so far.

Industrials were under pressure with both iron ore and copper lagging the general commodities complex. Further concerns of government intervention weighed on iron ore prices.

A  host of Fed officials were talking down the likelihood of higher interest rates.

It seems last week’s price action went too far with the chair Powell testifying before Congress, where he vowed that the Fed will not raise rates out of fear of potential rising inflation.

Fed Chair, Jerome Powell, said that a debate on tapering may be on the cards, they are nowhere near to raising rates.  Powell's remarks pushed yields on benchmark 10-year Treasuries lower, dipping to yield 1.4649% after clearing 1.5% earlier in the day.

Other speakers, such as Cleveland Fed President Loretta Mester who said that now is not the time to end accommodative policies, helped to improve risk appetite.

Meanwhile, New York Fed President John Williams argued that there is still plenty to go until full employment. Williams said a rate rise is a “way off” and he expects inflation will fall back to 2.0% next year. San Francisco Fed President Mary Daly argued that the conditions for tapering may be met later this year or early next year.

The technical outlook is looking consolidative for the sessions ahead as the price holds at the daily lows. A correction to the 38.2% Fibo could be on the cards at $26.58.

EUR/USD falls off the highs after ISM beat

EUR/USD is retreating from the highs near 1.19 after the ISM Services PMI smashed estimates with 64.1 points. Earlier, the pair advanced in response to the weak ADP Nonfarm Payrolls. The Fed's Richard Clarida said he sees risks to his outlook to the upside.

GBP/USD is trading below 1.3930 but holding onto most gains The ISM Services PMI beat estimates while the ADP jobs report missed. Investors are positioning themselves ahead of Thursday's Bank of England decision and cheering the UK's progress against covid.

Shiba Inu is holding its ground despite the drop in altcoin prices. The growing popularity of the crypto may not be enough to prevent a downtrend in SHIB price.

Apple: Double top still in place but not triggered 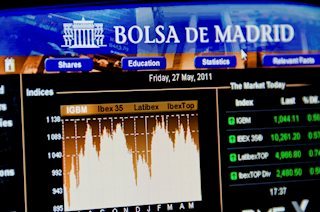 Apple stock pout in a pretty solid day on Tuesday closing up 1.3% at $147.36. The markets were a little shaky early on with big tech FAANG names all suffering but the market rallied as the day wore on.