The Bank of Japan (BOJ) published its quarterly Flow of Funds report earlier this Tuesday, highlighting that the Japanese central bank’s pace of buying in the government debt has slowed dramatically since the introduction of yield-curve control in September 2016, Bloomberg reports.

The central bank owned 39.5 percent of Japan’s bonds and treasury bills, up from 13.1 percent when Haruhiko Kuroda took over as governor in March 2013

Today’s data shows the value of the debt at the current market price, to allow a comparison of what the BOJ owns with what banks, pensions funds and others possess. 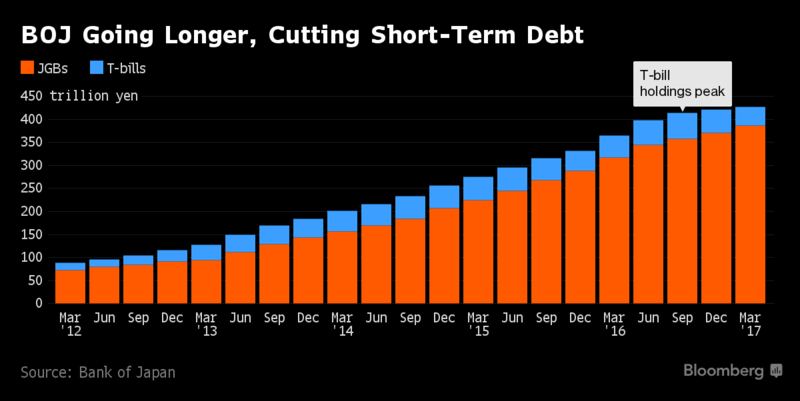