Palantir stock (PLTR) suffered disproportionally on Tuesday with a serious 7.75% fall to close the session out at $25.34. While markets were weak overall and the Nasdaq suffered the most, Palantir really took a hammering. The stock did not have any specific bad news that we can see but rather was caught up in the "high growth does not like high rates" argument and took a large hit accordingly.

Many high-growth stocks were badly hit as yields did rise above 1.5%. As mentioned, the Nasdaq was the worst-performing index on the day. But there are also other reasons at play for PLTR stock's steep fall. Firstly, it has had a good run and is not suffering from some profit-taking. This may be why ARK Invest is selling some (admittedly a small portion of its holdings) and investors did dump high-growth names across the board, especially ones that had outperformed. Just look at UPST dropping nearly 6% on Tuesday. Previously, this stock had seemed bulletproof to losses.

Added to that was the bearish double top we had sagely identified and this has played out perfectly. Easy to say with hindsight, but looking back we did call this one quite early and as those of you with a chart interest know, a double top is one of the strongest patterns. PLTR set a double top at just over $29 on September 17 and 23. The retracement was set to $26, meaning a break of $26 set the target at $22.70.

Not too large but news did hit the wires that Palantir has won a $2 million Department of Defense contract for "Army Prognostics & Predictive Maintenance Prototype", according to Benzinga. Palantir does have strong customer links to the US government and this further demonstrates it.

We identified the double top and the trigger at $26. Now that this level has been broken, the double top is activated with a target the size of the first decline, $3.20. So the target is $22.70. Tuesday saw PLTR decline rapidly to the area of strong volume on the volume profile bars and also the Volume Weighted Average Price (VWAP) for the year 2021 at $25.53. So, a bounce really should be on the cards for Wednesday after such a sharp fall to a high volume area. However, remaining below $26 keeps PLTR bearish. 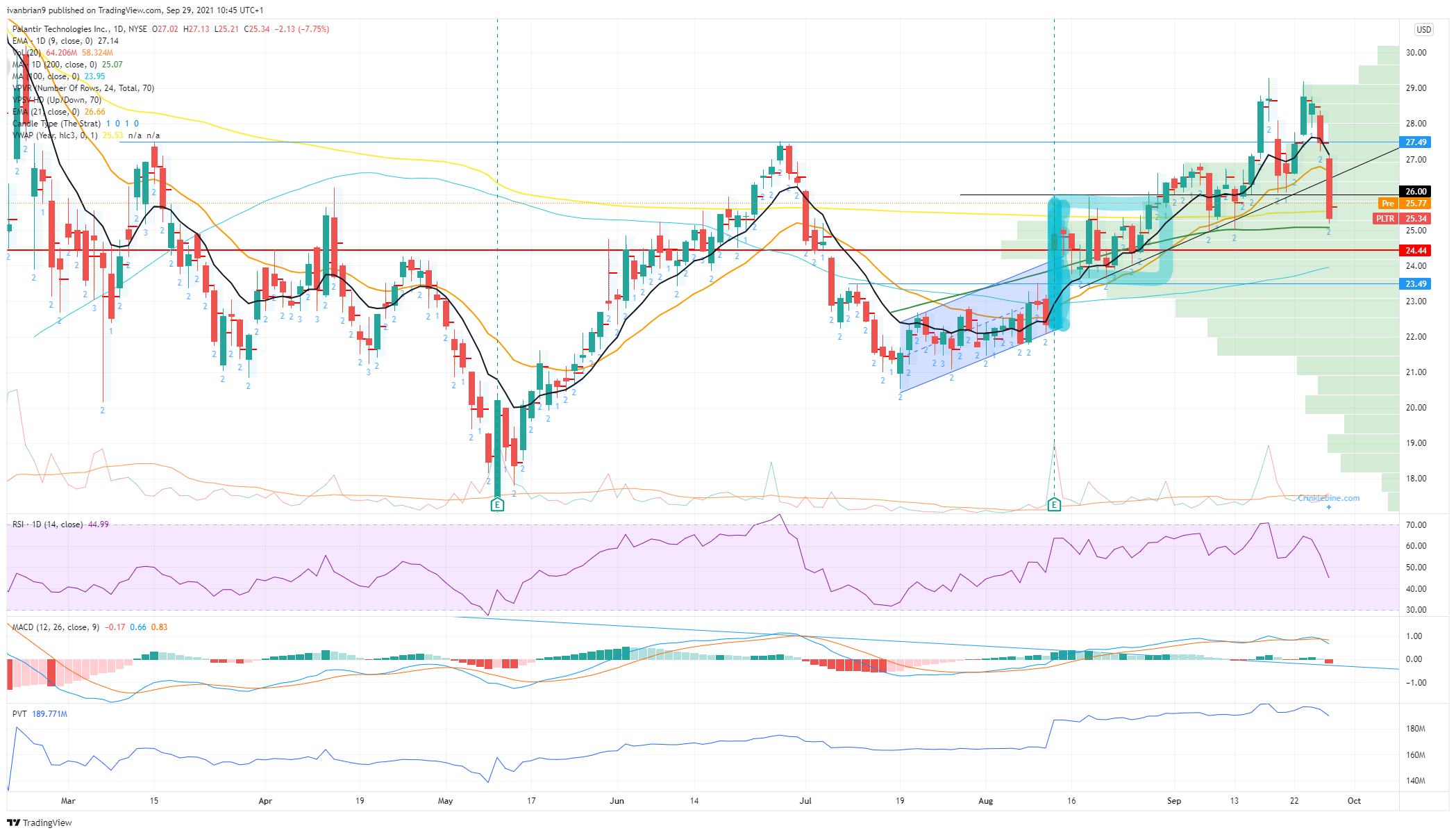