Palantir put in a big move on Thursday, surprising many with just how far it managed to extend those gains. Some bounce and rally were expected after the Fed did not put a timeline on its tapering program and the Evergrande situation received some good news with an interest payment. This set stocks up to rally, and they duly did, but the move in Palantir was much stronger than that. PLTR stock eventually closed up at $28.77, near the high of the day and a gain of 4.9%. While this is a volatile name with a large retail interest, this was still an impressive gain.

Fresh on the wires this morning and already trending on social media among the early risers is news that Cathy Wood's ARK funds have sold some stock in PLTR. Perhaps she was taking advantage of the recent spike in prices or merely just some portfolio adjustment. Benzinga reports, however, that ARK Invest sold 1.84 million shares on Thursday worth around $53 million. ARK though still holds nearly 35 million shares in PLTR.

We turned bullish on the stock as it broke $28.79, but a pullback is likely now as the news above spooks some on social media. That is fine so long as $27.49 is not broken. Below here we turn neutral. We last spoke about PLTR stock on Wednesday when we said a dip could be bought around $26 and this played out even better than we could have thought on Thursday. $26 and $24 remain two areas of strong support for possible buying opportunities. 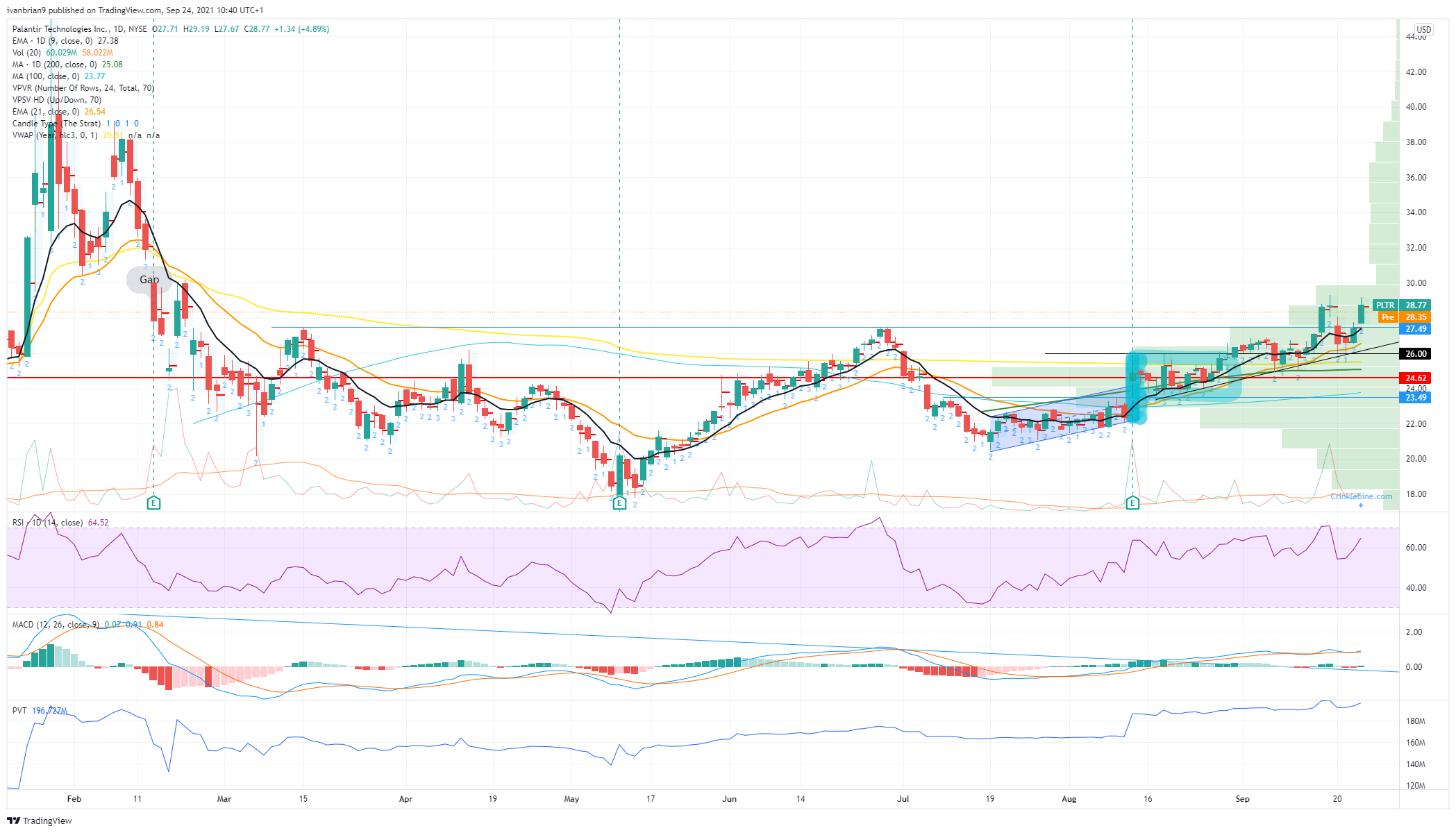 Gold gained traction for the fourth successive day and shot above $1,800 in the early American session, reaching its highest level since early September. Falling US T-bond yields and dollar weakness fuel XAU/USD's upside ahead of the weekend.