At 0.6310, NZD/USD is up some 0.36% towards the close of North American markets after rallying from a low of 0.6228 and reaching a high of 0.6320 on the day. The greenback was lower on Monday after hitting a 20-year peak last week, despite weak economic data from China highlighting worries about the prospects for a global slowdown.

Nevertheless, risk markets remain vulnerable to the broader concerns over deteriorating global growth prospects. The data from China was highly disappointing that initially sent the antipodeans sharply lower. However, a plunge in the US Empire State manufacturing index raised anxiety that economic activity in the US may also be suffering from an abrupt loss in momentum as supply-chain disruption intensifies.

''The profile of the data suggests that supply issues related to the zero-COVID policy in China are the key factor,'' analysts at ANZ Bank argued.

''The Kiwi is higher this morning amid a broad softening of the US dollar. The move seems slightly odd compared to the prevailing mood of recent days, especially given renewed China/global growth concerns, which have been enough to cap bond yields. But commodity prices are up again overnight (led by grains and oil),'' analysts at ANZ bank explained.

''Newswire reports that a local forecaster is calling for three more 50bp OCR hikes have also seemingly helped the NZD along this morning,'' the analysts added. ''While the bounce does align with our medium-term forecasts, it does seem too early to call time on the recent bout of extreme volatility and risk aversion, and we think it pays to be cautious. Indeed, cross-asset correlations remain high, indicating that markets are being driven by risk sentiment, not their own fundamentals.'' 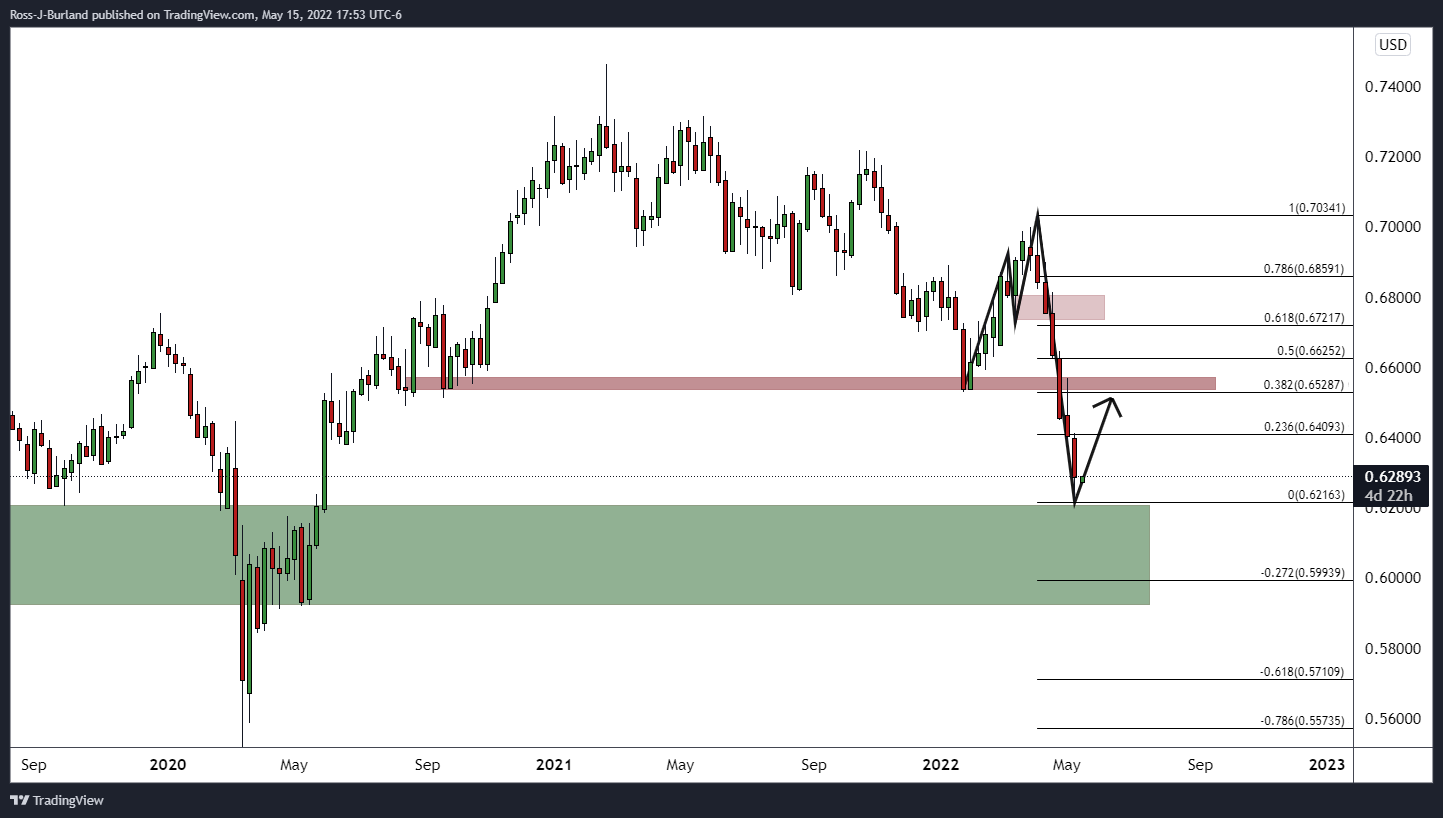 The weekly bearish impulse is likely in need of a correction. This could correct as far as the prior support and beyond 0.64 the figure. The build-up of daily resistance is being broken which supports the bullish outlook: 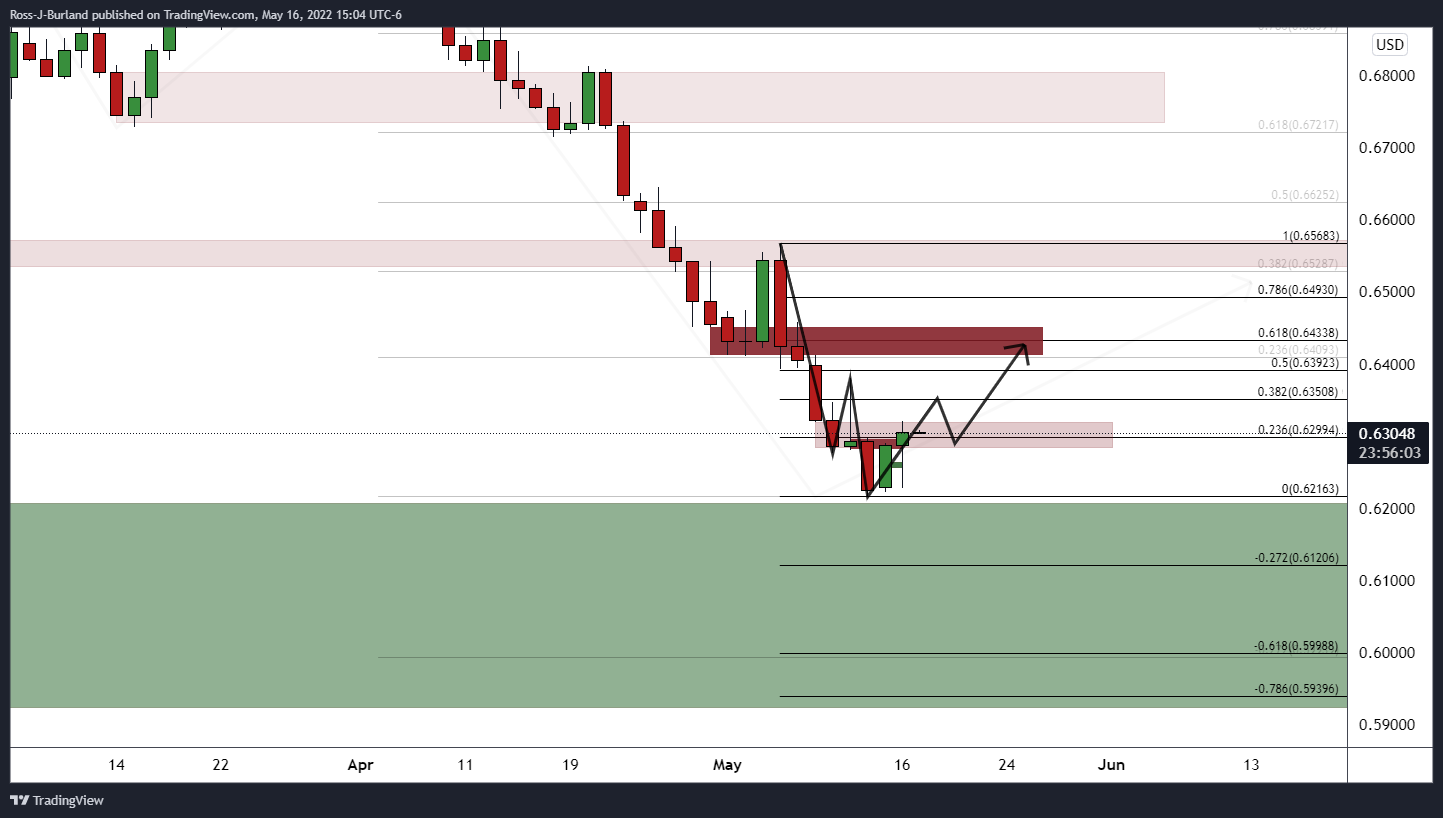