The price action in recent trade has been bullish and the bulls remain in control.

The following is a technical analysis of the price structure between the daily and 4-hour time frames from which swing traders can observe subsequent developments and determine their game plan. 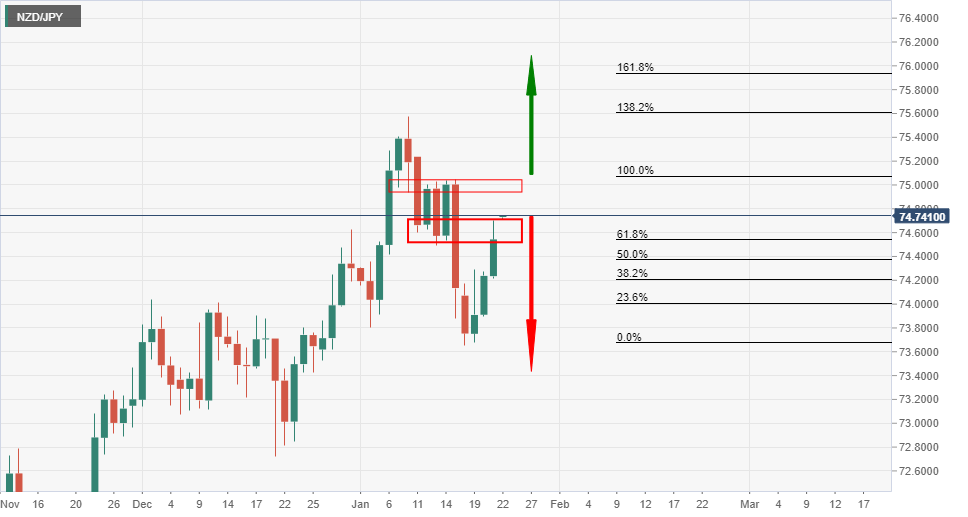 That being said, the bulls still have their work cut out given the amount of liquidity ahead.

Sellers may well engage at this juncture and in force. 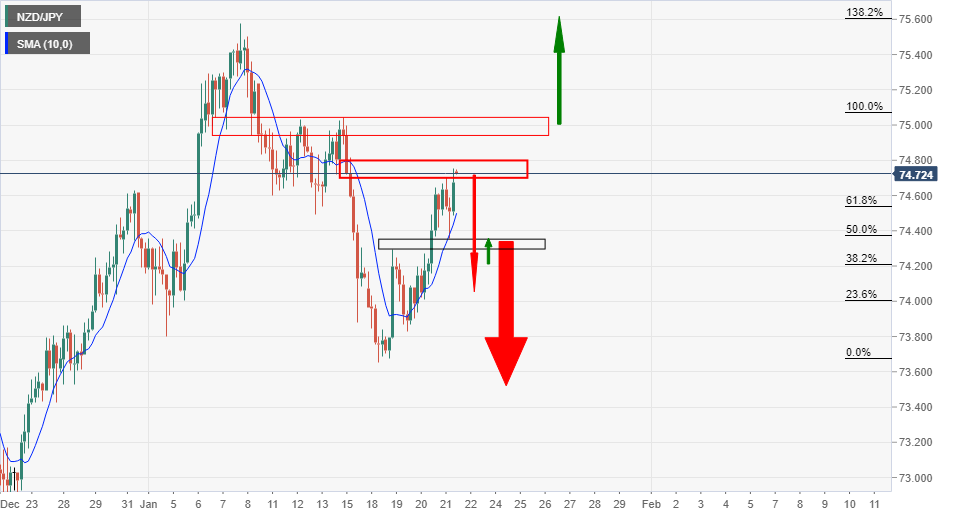 From a 4-hour perspective, the environment is, indeed, bullish.

However, if the first layer of resistance holds, then the downside is compelling, especially should the price fall below the 21-moving average.

A break of support and a restest of the structure would offer an optimal entry point for bears to engage in what would be expected to be a downside extension of the daily bearish impulse.

EUR/USD has tumbled below 1.17, hitting the lowest since August 20 as Europe struggles with soaring gas prices and China suffers power cuts. Fed Chair Powell is set to testify and comment about the bank's recent taper signal.

GBP/USD is extending the drop below 1.3650, undermined by the US dollar's strength and the UK's fuel problem. The British army is on standby to mitigate fuel shortages. The pound ignores the hawkish comments from BOE Governor Bailey.

Gold is off the lows but remains vulnerable amid the underlying narrative the Fed could announce a sooner-than-expected rate hike, as the TIPS market has also started pricing in higher future inflation.

The collapse of consumer optimism in August has not exacted the expected toll from American spending, the most important factor in sustaining the US  economic recovery. August’s confidence reading at 113.8 was the lowest since February.