Magic Empire (MEGL) took on the guise of a magic carpet ride on Friday as its first day of trading saw MEGL shares rise over 2,000%. Yes, you read that correctly. MEGL stock was priced at $4 for its IPO but finished the day at $97. Magic Carpet, sorry, Magic Empire is a Hong Kong-based advisory services company. Ironically enough, those advisory services are involved in IPO listings advice and underwriting services, so you would have thought they would know how to value themselves a bit more accurately. I mean come on, is a P/E ratio of 7,000 is sensible?

It gets even better on Monday as MEGL stock has surged again and is trading at $205 currently in Monday's premarket. From what we can see the company made $2.6 million in 2020, which fell to $2.2 million in 2021. The current market cap is just under $2 billion. All those who believe in the efficient markets theory, please stand up! Unfortunately for insiders, there was or is a 180-day lock-up period that ends on February 1 next year. That must be frustrating.

Magic Empire is likely to be yet another shooting star effect that garners considerable attention before falling back to earth and relative obscurity. If you want to trade this, be my guest, but it is pure ultra high-risk gambling and be prepared to lose everything. 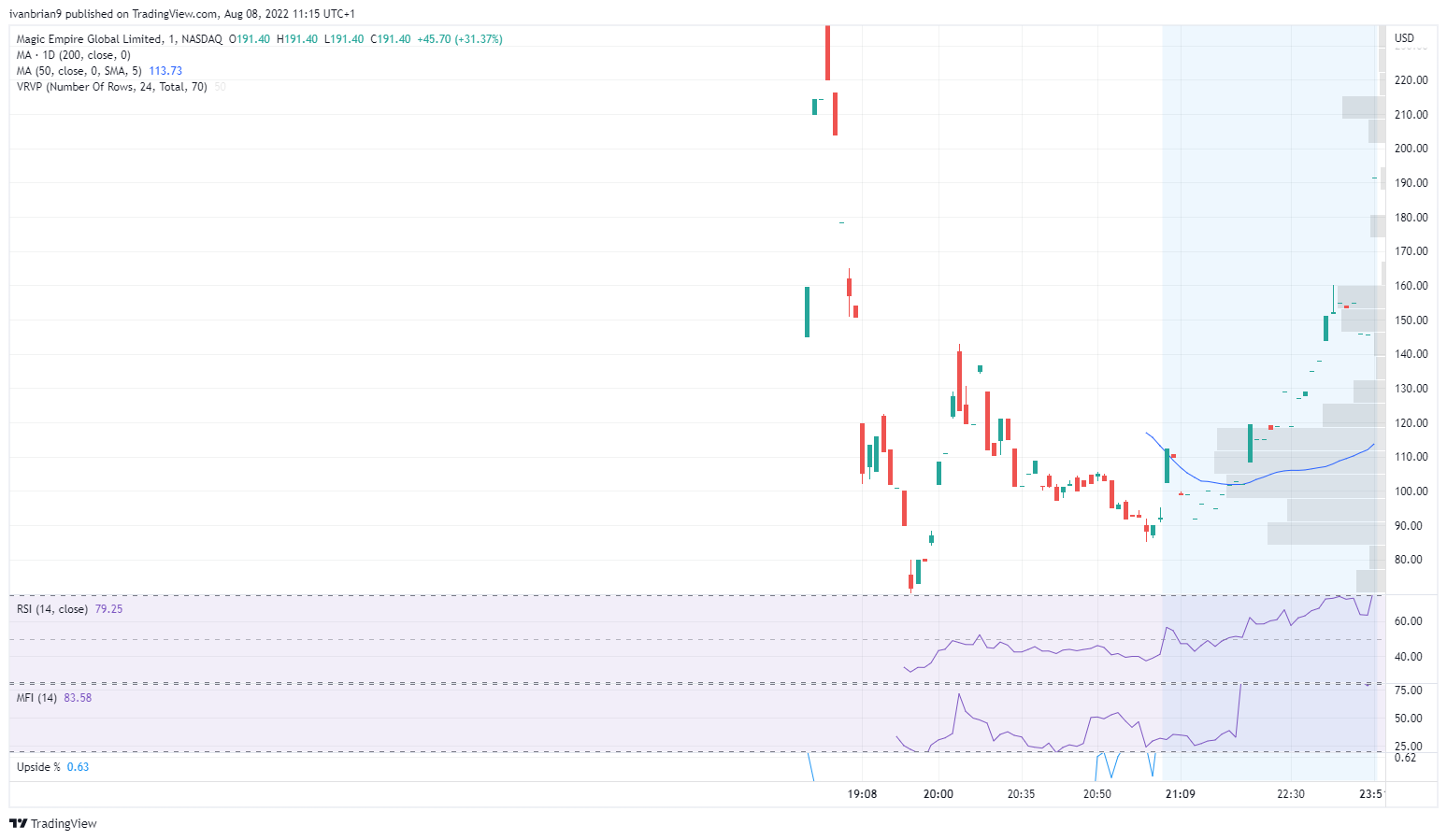 Ethereum: Assessing the possibility of a post-Merge rally

Ethereum price trades at $1,323 on Sunday, several days after sliding to $1,200. It was a surprise that the largest smart contracts token would give up most of its gains during and after the much-publicized Merge.