GBP/USD's options market is most bearish on Pound since April, a sign the investors are adding bets to position for a drop in Sterling on waning Brexit optimism.

One-month risk reversals (GBP1MRR), a gauge of calls to puts on the British Pound crashed to -1.70 on Friday and is currently seen at -1.65. Friday's print was the lowest level in six months. Notably, the gauge had jumped to a 21-month high of 0.125 on Oct. 11.

The negative number indicates the premium claimed by (or the demand for) put options (bearish bets) is higher than the premium for call options (bullish bets).

The slide from Oct. 11's high of 0.125 to Oct. 17's low of -1.70 indicates the investors were expecting the UK parliament to put brakes on Prime Minister Boris Johnson's Brexit deal and hedged against potential sell-off in Pound by buying put options.

More importantly, the options market maintained its bearish bias on Pound in the Asian session.

Super Saturday turned out to be a dud with the UK parliament withholding support for the Brexit deal, forcing Prime Minister Johnson to send a letter to the EU requesting a three-month extension to article 50.

Johnson will try again on Monday to secure parliament’s support for his Brexit deal in a yes/no meaningful vote, according to The Guardian. However, markets fear the Speaker could rule it out of order or MPs may again withhold support for it until full legislation is passed.

While the options market is preparing for Brexit delay, the analysts at Goldman Sachs lowered the probability of a no-deal Brexit to 5% from 10%. 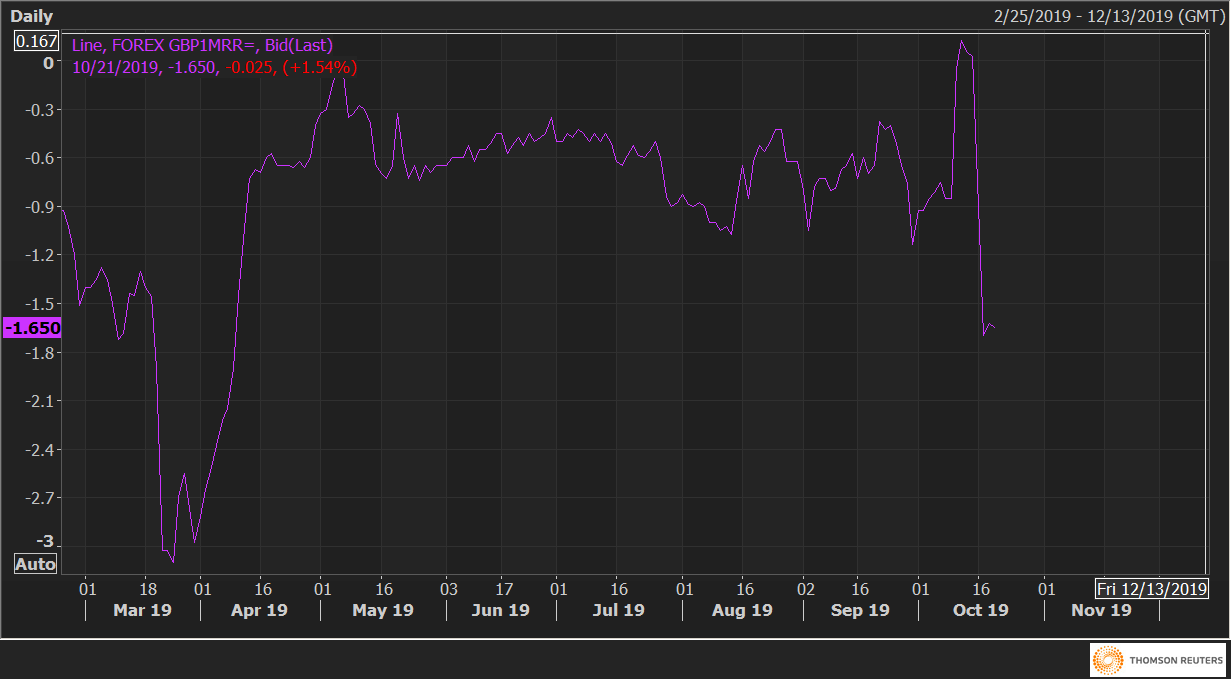