GameStop (NYSE: GME) appears to be the forgotten name among meme stock traders who have found some new names to entertain themselves with despite GME being the original of the species. GameStop shares barely registered a move this week and have struggled for momentum since a disappointing earnings release on September 8. The numbers were not what disappointed investors most, rather it was the lack of any guidance from the management team led by the transformative Ryan Cohen. Supposedly, the conference call after results lasted barely 10 minutes and investors had been hoping Ryan Cohen would outline future plans for Gamestop and how he planned to turn an ailing retailer around just as he had done for Chewy before. Ryan Cohen had hinted in June that he would not be giving too much away as he did not want to alert potential competitors as to his plans for GameStop, allowing them no time to react. Also disappointing though was the lack of any forward financial earnings guidance. The stock fell sharply after the release but did manage to recover quickly and since then it has pretty much been steady trading for GME, a unique feature for the stock.

Gamestop surged on August 24 when it along with several other meme stocks rallied back into attention. GME surged 27% that day, while AMC rallied over 20%. Since then GME formed a continuation flag pattern, but the earnings release scuppered this and GME fell below. Now it has retraced, but there is still no strong momentum in place. This is a momentum stock, so it needs to move to get things interesting again.

The calm sideways move is allowing the Moving Average Convergence Divergence (MACD) to tighten and possibly cross into a bearish zone, so this needs watching. GME is just trying to stay positive, but at current levels we are neutral on the stock. The Relative Strength Index (RSI) remains in an uptrend, but GME is stuck sideways around the 9-day moving average. The catalyst is a break of $230, the pre-earnings high. Taking this out will attract momentum traders back into the name and put the trend firmly bullish. Otherwise, we remain with our neutral stance with a buy-the-dip zone highlighted around $160. This is where GameStop has retraced to after each price spike, so it is a consolidation and support zone. The 200-day moving average also is in this zone, adding to its potential as a buy-the-dip opportunity.

FXStreet Ideas: Go long on a break of $230 or buy an out of the money call for 1-2 week expiry as the move can accelerate due to a lack of volume. Buy the dip zone around $160. Always use stops or use options to limit risk. 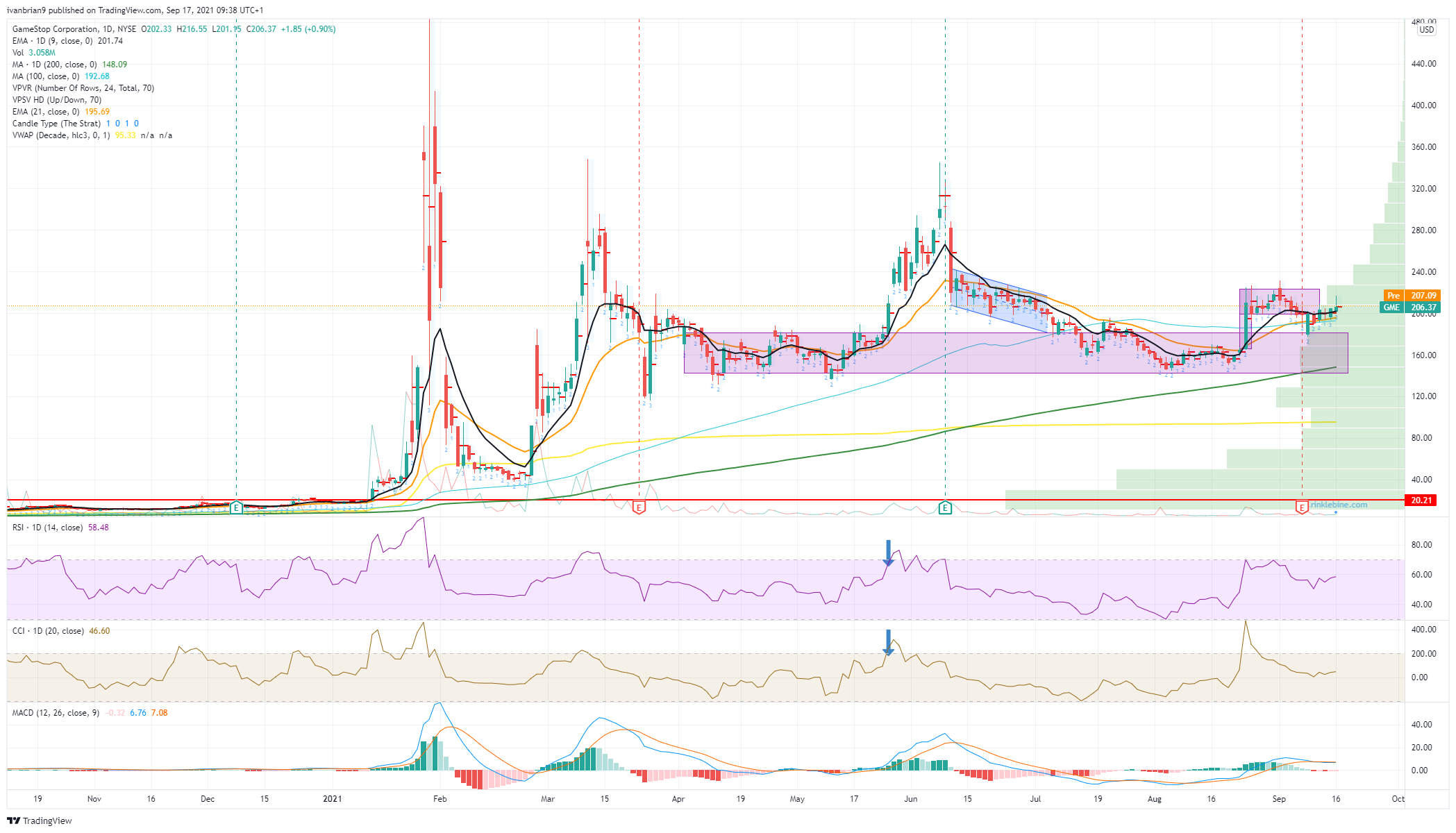