Analysts at CIBC, consider that the low volatility in the currency market is out of line with high uncertainty indications and they noted economic uncertainty is driven largely by China.

“Similar to measures of equity market volatility, FX volatility has fallen again and is close to being at the lowest level since 2014. That lack of volatility initially appears at odds with measures of global economic uncertainty. However, it may be easier to explain for FX markets than equity ones. The greatest source of uncertainty recently has stemmed from China-US trade relations, which is now getting closer to a resolution and has the greatest impact on a currency pair whose daily fl uctuations are highly smoothed by Chinese policymakers. Meanwhile the risk of a negative impact on sterling from a “hard” Brexit has also fallen in the past week. Being able to explain at least part of the divergence between uncertainty and low FX volatility could also mean that volatility need not fall further if some of these risks dissipate.”

“Another reason for the low volatility at present could be that speculative traders don’t have a great conviction towards any of the major currencies, given slowing economic trends and ongoing risks. Indeed, recently the spread in net positioning either for or against fi ve major currencies has been remarkably slim. As demonstrated by sterling this past week, even a glimmer of good news (reducing the risk of a hard Brexit) can have a large FX impact.” 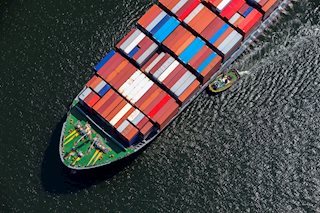 The new week has kicked off with dollar strength as the US and China have kept tensions high. Thin liquidity and potential erratic movements may occur as the US and UK are on holiday.