''The 5% surge in Victoria was a little surprising given that restrictions were not being fully relaxed until November,'' analysts at Westpac said with respect to the  preliminary estimate,

The price is consolidating following the recent rally to fresh cycle highs and would be expected to retest the prior support: 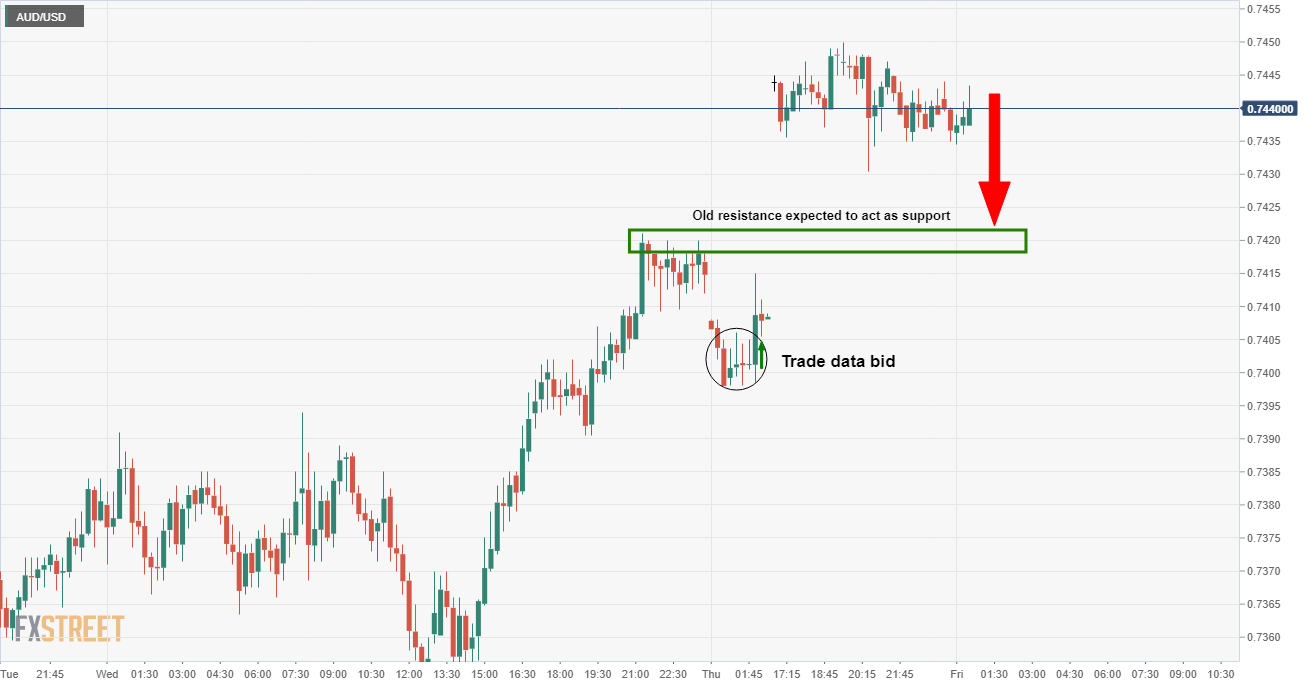 The Retail Sales released by the Australian Bureau of Statistics is a survey of goods sold by retailers is based on a sampling of retail stores of different types and sizes and it''s considered as an indicator of the pace of the Australian economy. It shows the performance of the retail sector over the short and mid-term. Positive economic growth anticipates bullish trends for the AUD, while a low reading is seen as negative or bearish.

GBP/USD has fallen off the peak of 1.3719, the highest since 2018, amid fresh dollar strength. Optimism about the UK's vaccine campaign and lower cases boosted sterling earlier. The greenback awaiting Biden's first moves as President.

EUR/USD falls toward 1.21 ahead of Biden´s inauguration

EUR/USD has been descending toward 1.21. President-elect Biden is inaugurated later in the day and hopes of stimulus are high after Treasury Secretary nominee Yellen's testimony.

Gold prices are attempting to correct higher above 200-DMA. The metal cheers rising US inflation expectations amid hopes of a massive stimulus package under the incoming Biden administration.

BTC price is moving away from the historical high and seeks support at the 23.6% level of the Fibonacci retracement system from the entire previous rally.