Estee Lauder (EL) Q3 earnings report is due on May 3, 2021. Considering the previous quarterly report, this guide will forecast the company’s third-quarter earnings report. 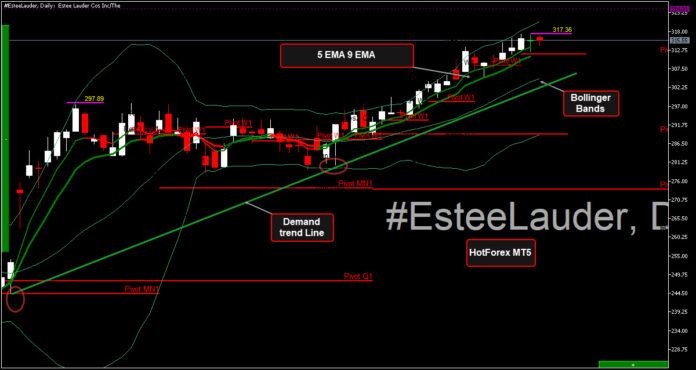 On February 5, 2021, Estee Lauder released its Q2 report. It posted net revenues of $4.85 billion for the second quarter that ended on December 31, 2020, a 5% raise and a 3% increase in constant currency over the prior year of $4.62 billion. The company reported net earnings of $873 million, up from $557 million the previous year. Net earnings per share were $2.37, up from $1.52 during the last period. Excluding the gain of foreign currencies, adjusted earnings per share increased 21 percent. [1]

During the second quarter of fiscal 2021, online revenue growth remained high in all regions as the company and its retailers implemented digital marketing strategies to meet customer demand online. In North America, net sales declined in the region but improved sequentially from the first quarter. Travel retail net sales increased in the single digits, due to increased travel within the Asia/Pacific region. According to the company’s reports, the total reported operating income was $1.06 billion, up from $261 million the previous year. Operating profits rose by 10% [2]. This rise was primarily due to higher net sales and efficient expense management in the company as a result of cost-cutting measures implemented in response to COVID-19.

Estee’s earnings are divided into three categories: skincare, makeup, and fragrance. Skincare net sales increased significantly in the previous year. Dr. Jart+ net sales, which it acquired in December 2019, contributed almost 7% to skincare net sales growth. Because of the effects of COVID-19 on the makeup industry, the net profits of all products fell. Fragrance sales also grew due to various high-end perfume brands.

For the Q3 fiscal year, the company intends to continue the momentum and support improving sales growth. The company plans to extend its long-term growth goals of 6% to 8% revenue growth. Reported net sales are expected to rise between 13% and 14% over the prior-year period. Moreover, the company expects earnings per share to range between $0.99 and $1.11. [3]

On April 29, shares of Estee Lauder rose to $315.55 on what proved to be an overall positive trading session for the stock market. However, since the share price is above its 5EMA, 20EMA, and 50EMA, the trend is expected to be bullish, and EL could see some selling pressure in the upcoming days. 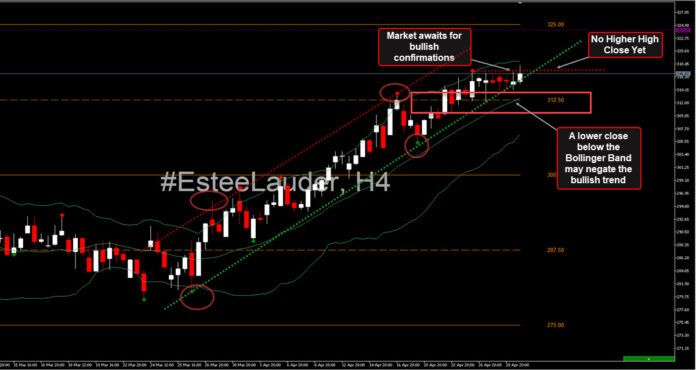