Japan’s output gap, which measures the difference between an economy’s actual and potential output, slumped 4.83% in the second quarter, a Bank of Japan (BOJ) estimate showed on Monday.

The output gap fell into negative territory for the first time since 2016. 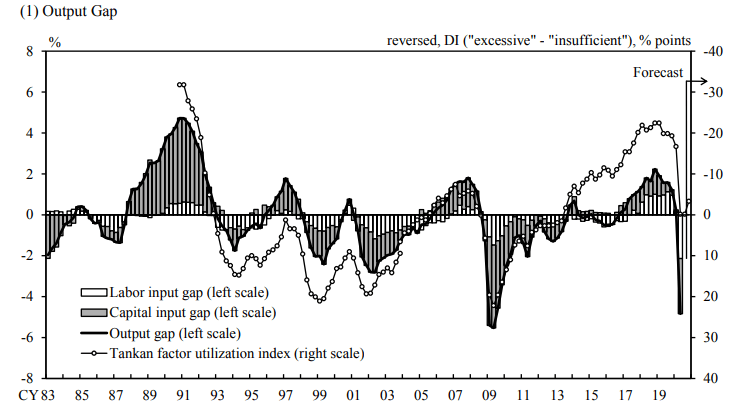 In its previous report, the BOJ estimated Japan’s potential growth rate at 0.57% for the first half of the fiscal year 2019.

The yen comes under fresh selling pressure on the above report, with USD/JPY testing daily highs at 105.61.