The Bank of Japan's Summary of Opinions is coming out in stages.

It will take time for Japan to achieve sustained wage growth, must support the economy with macro policy.

Focusing on service prices as demand-pull inflation must be achieved for Bank of Jaopan's price target to be met.

Price rises accelerating not just for goods but for services.

Public's norm on prices may be changing due to big, external shock.

BoJ must keep yields from rising across curve while being mindful of bond market function.

Must communicate to markets achievement of price target will take some time.

When time for exiting ultra-loose policy comes, boj must check whether market players are prepared for the move.

BoJ must conduct a review of its policy at some point, but appropriate to maintain easy monetary policy for now.

Japan's consumer inflation is likely to slow pace of increase toward latter half of next fiscal year.

Cost-push pressure on prices are starting to ease.

Still see some distance in achieving the BoJs price target.

There has been no effect on the Yen but the price action was volatile on Wednesday with the bulls now back under pressure again towards 129.00: 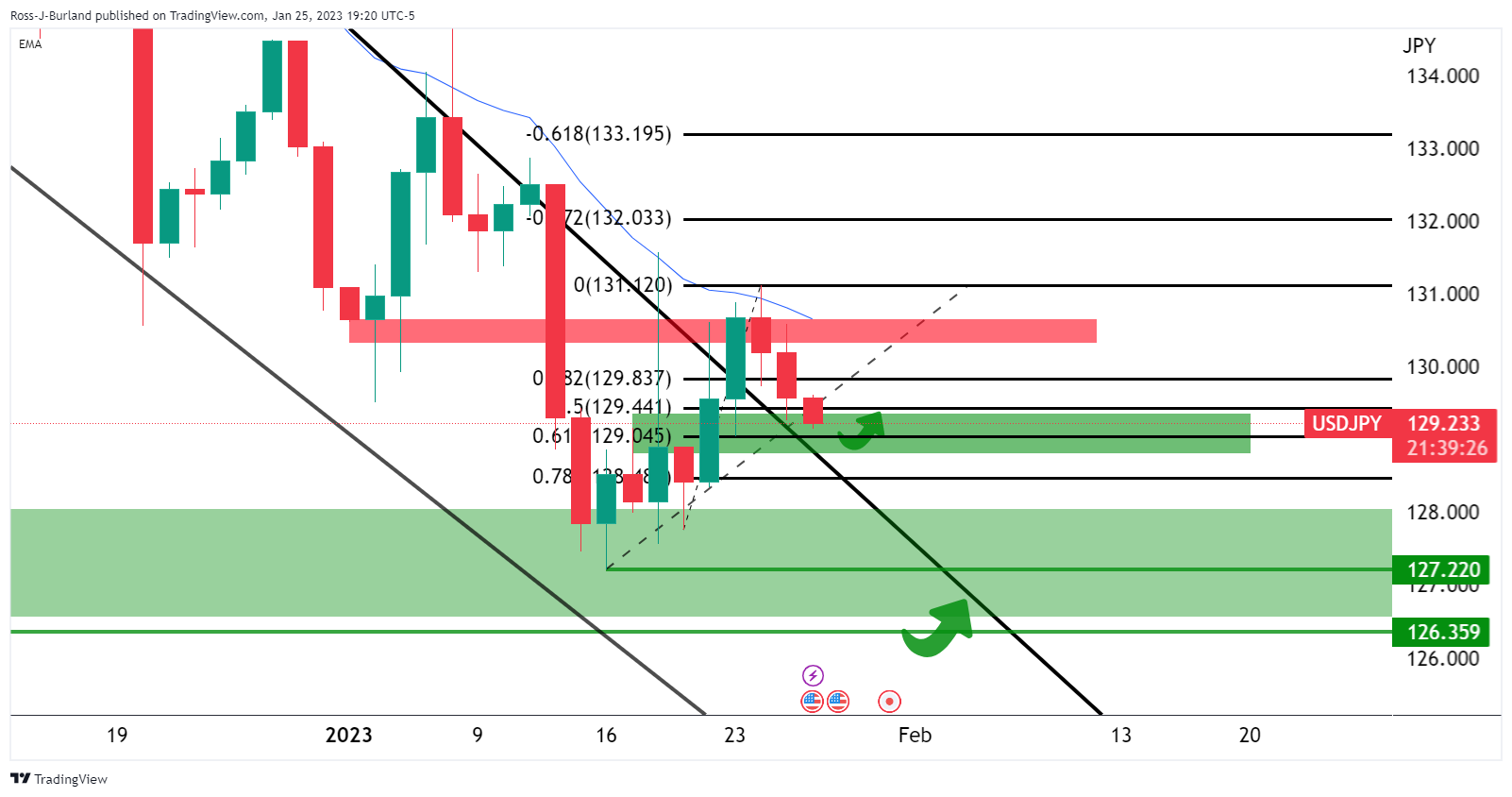 About the Bank of Japan's Summary of Opinions

This report includes the BOJ's projection for inflation and economic growth. It is scheduled 8 times per year, about 10 days after the Monetary Policy Statement is released.

The AUD/USD pair has refreshed its day’s low at 0.7083 as investors have turned risk-averse amid the interest rate decision by the Federal Reserve (Fed) this week. The US Dollar Index (DXY) has displayed a wild gyration in a 101.40-101.57 range as the volatility is accelerating dramatically.