President Joe Biden will meet with Federal Reserve Chair Jerome Powell at the Oval office to discuss the state of the American and global economy and address inflation.

Meanwhile, Biden has crossed the wires and stated that he congratulates Powell on his confirmation and says they will discuss inflation.

The US dollar is bid on Tuesday as Treasury yields climb and worries over a further acceleration in global inflation kept investors' risk appetite low key.

Hawkish comments from a Federal Reserve official spooked investors. Fed Governor Christopher Waller said the Fed should be prepared to raise interest rates by a half percentage point at every meeting from now on until inflation is decisively curbed.

Today's meeting will give further insight into the path of the Fed, inflation and growth so it will be keenly eyed by traders. The greenback is on a knife's edge on the four-hour chart: 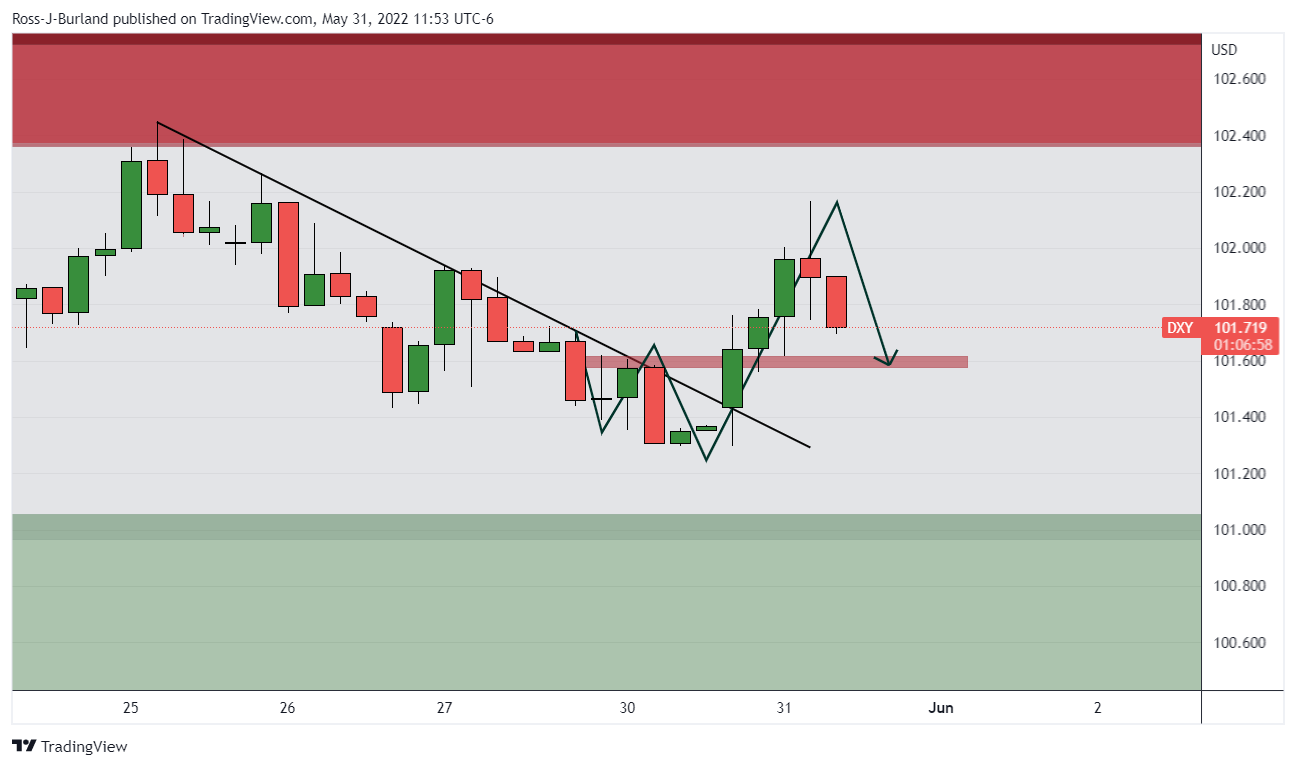 The price of DXY, an index that measures the greenback vs. a basket of currencies is heading towards a key area of support , a break of which will be bearish for the near term.