Update: BBBY managed to add 1.14% on Thursday, ending the day at $10.63 per share. US indexes started the day with substantial gains as the US Producer Price Index rose by 9.8% YoY in July, better than expected and shrinking from the previous 11%. The report further fueled the idea that inflationary pressures have begun to recede. Nevertheless, Wall Street was unable to retain gains and ended the day mixed around the opening levels. The Dow Jones Industrial Average added measly 27 points, while the S&P 500 shed 0.09%. The Nasdaq Composite was the worst performer, down 74 points or 0.58%. On the other hand, US government bond yields resumed their advances, with that on the 10-year Treasury note currently flirting with 2.90%. 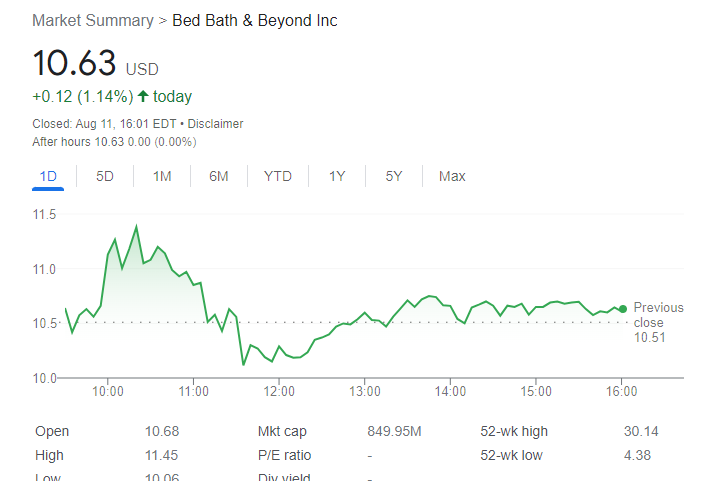 Bed Bath & Beyond (BBBY) continues to take investors on a wild ride as the short squeeze meme names returned this week. BBBY stock is up nearly 50% in the last five sessions, and a host of other retail meme stocks have produced similar performances.

The big question is how long this squeeze or enthusiasm can last. BBBY reported earnings on June 29 that were bad, very bad. Earnings per share (EPS) missed by a huge margin. EPS was -$2.83 versus consensus at -$1.39. Revenue also missed but at least not by nearly as much – $1.46 billion versus consensus at $1.51 billion. However, with short interest reportedly nearing 50%, it was no surprise to see BBBY stock rally hard. All that was needed was a risk-on signal, and this was duly provided by Friday's strong jobs report.

The move was further confirmed by Wednesday's falling CPI data, so a risk-on rally was sparked. This also was catalyzed by weak sentiment and positioning data. The move became self-fulfilling, and previously beaten down stocks were the biggest beneficiary. BBBY had fallen from nearly $30 in March to $4.44 by June. Despite the recent spike, BBBY stock is still down over 30% year to date.

The big question is how much higher can BBBY stock go and when is it time to cut and run. BBBY needs to hold above $9 to keep its momentum positive in our view. Already we see worrying momentum signals from the three lower highs in a row, so we would need to see the peak at $13.34 broken this week. This rally was spiked by the return of risk and retail traders to former favorite names. To continue, it needs momentum and the narrative not to shift. The most important signals are bond yields and the VIX. VIX has fallen sharply to below 20. Watch for signs of stress here that signal it is time to exit high beta names such as BBBY. 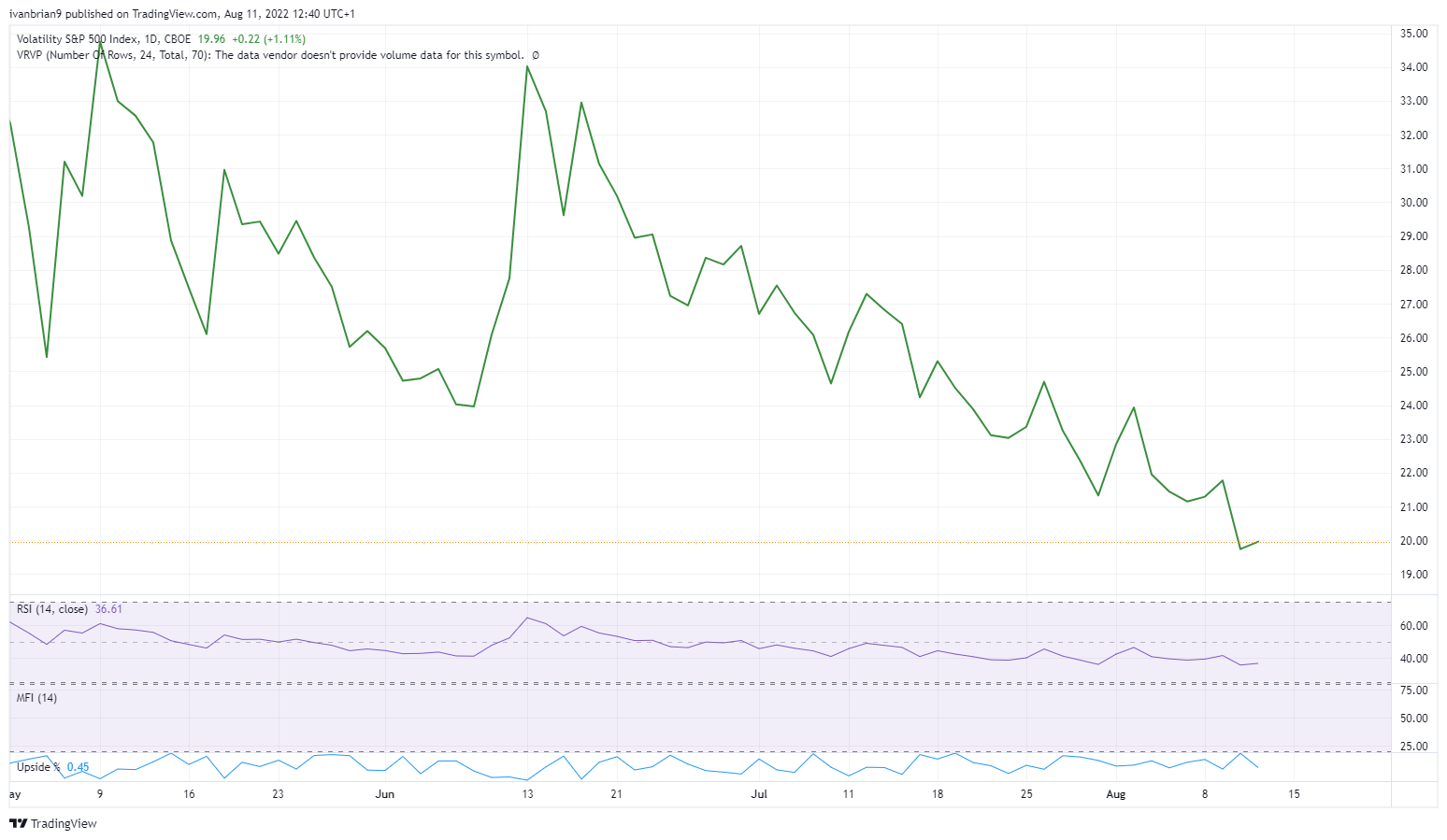 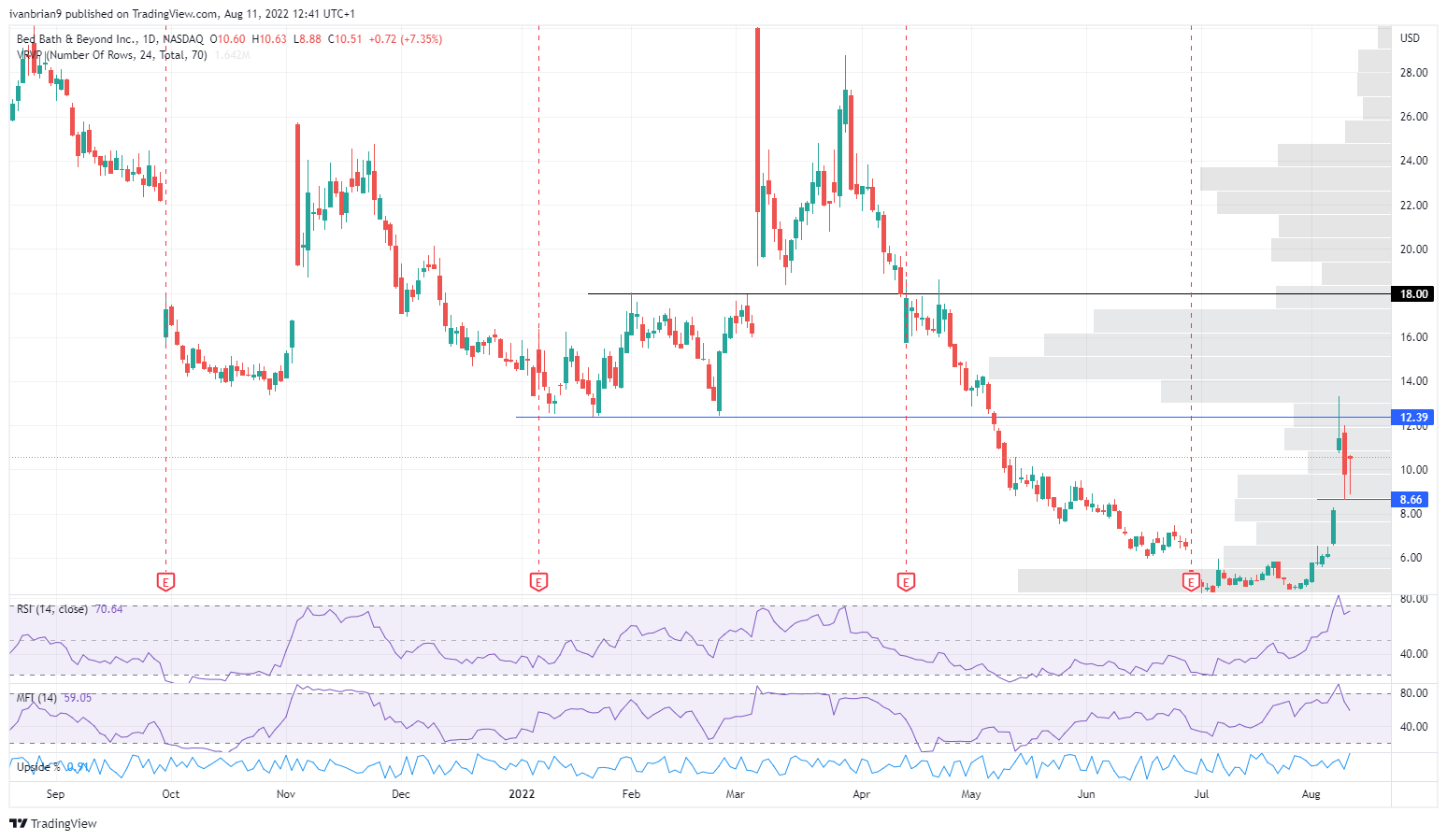