“Australia’s budget, presented by the government on 11 May, confirms that the recent strong economic and labor market recovery has resulted in an improvement in public finances, which may help to reduce downside risks to the country’s ‘AAA’ rating provided the recovery remains on track,” said the rating giant.

Fitch affirmed AAA rating in February but with a negative outlook while expecting “general government gross debt/GDP would peak in the fiscal year ending June 2023 (FY23) and then decline,” per the news.

However, the latest forecasts were cited helping for a “stronger outcome than we had assumed, meaning that the debt trajectory will start and peak at a lower level than we had anticipated,” per the latest announcement.

AUD/USD fails to cheer the upbeat news as it contrasts with the S&P’s rating outlook, published on May 11, as well as market fears following the US inflation jump.

Read: AUD/USD: Pressured towards 0.7700 after US inflation showdown

Ask any questions about trading!

EUR/USD challenging bears at around 1.2200

The shared currency managed to recover modestly against its American rival, struggling to overcome the critical 1.22 threshold. Focus remains on the US Federal Reserve taper tantrum, also on ECB’s decision.

GBP/USD bounces from near 1.4100 as mood improves

GBP/USD bounced from around 1.4100 and trades around 1.4170 amid easing dollar’s demand. UK’s spokesman said that nothing in current UK data would prevent lockdown easing, backing the pound.

VeChain price rests at a major inflection point on the twelve-hour chart, complicated by the notable resistance defined by the intersection of two important moving averages and the recently triggered death cross 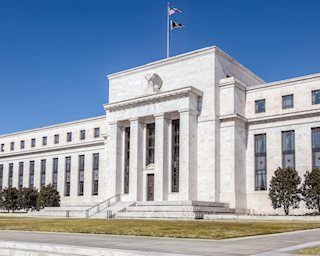 ‘Taper’ talk from the Fed is back in focus. But for now, it’s all talk and no action. Last week, former NY Fed President William Dudley said the central bank will begin the process of tapering – winding down its monthly asset purchases – by year end.