Apple stock fell on Friday, quite sharply, given the recent strength in the stock. Apple had hit all-time highs in the earlier part of the week, but a ruling from a US judge on Friday appears to be the catalyst for sending the shares tumbling. US District Judge Yvonne Gonzalez Rogers ruled in the case. The ruling will mean Apple has to likely allow app developers to use alternative payment systems, but the ruling does not push Apple to allow app developers to use their own payment systems and the ruling also allows Apple to still charge commission on its own payments systems, according to Reuters. Epic Games said it would appeal the ruling with Epic CEO Judith Faulkner saying the ruling "isn't a win for developers or [the] consumer."

The ruling potentially opens up further challenges rather than putting any issues to bed. Match Group CEO Shar Dubey said, "Apple and Google's monopolistic practices will only end when we bring our laws into the digital age, as South Korea did last week."-Reuters. The judge said, "Apple is not an antitrust monopolist in the submarket for mobile gaming transactions" but that "Apple's conduct in enforcing anti-steering restrictions is anti-competitive." The judge also awarded Apple damages equal to 30% of the revenue that EPIC Games collected from users in the Fortnite app on IOS through Epic direct payment since August 2020, according to Reuters. Apple says it "remains committed to ensuring the app store is a safe and trusted marketplace that supports a thriving developer community

We now have three days of losses in a row for Apple stock, which has occurred just after the stock made all-time highs on Tuesday last week. The move though has been sharp and taken Apple back into a strong support zone in volume terms. As we can see from the daily chart below, there is a lot of volume around the $146 to $148 area, and this will likely provide some support. We see from here until $144.50 as a bounce zone or a potential buy-the-dip zone with a stop just under $144.50. Breaking $144.50 brings Apple into a light volume zone, meaning a break will likely accelerate to $134.

Now FXStreet is neutral on the stock but as mentioned traders can try buying dips in this zone. The view turns bullish if Apple breaks above $154. We turn bearish on a break of $144.50. 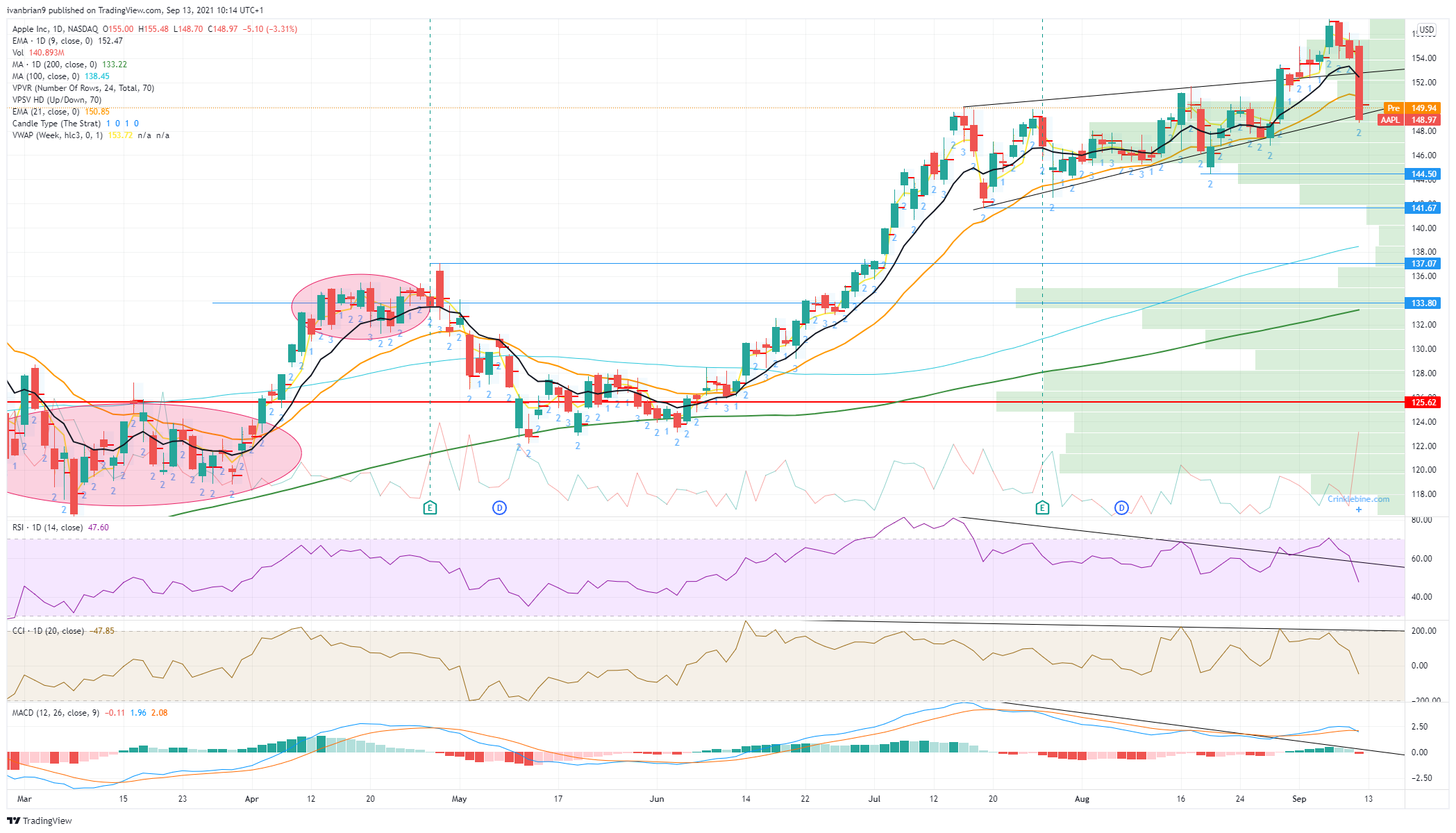