Apple (AAPL) shares fell slightly on Friday as the market digested yet more headwinds. Global equities have remained quite skittish despite being near all-time highs. Volatility as evidenced by the VIX chart below had a massive spike again on Friday and is at 26. 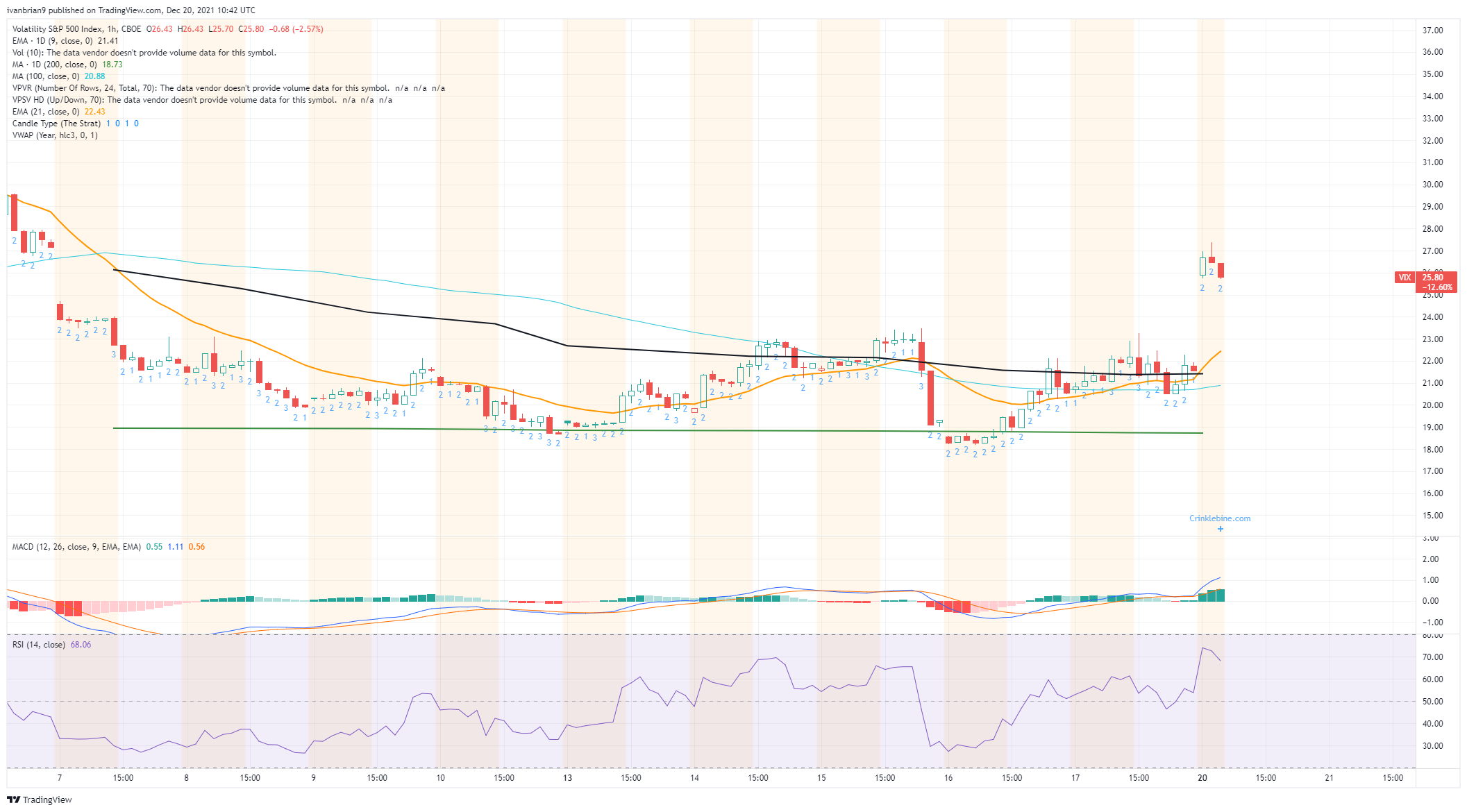 Apple (AAPL) slid nearly 4% on Thursday as investors piled out of growth and into value. Well, that was the narrative peddled by the mainstream media but in relatively in was a widespread sell-off with profit-taking hitting winners the hardest. Apple is one of the biggest winners of 2021 so no surprise it was hit hard.  Monday is not going to give us any respite with Senator Joe Manchin sticking the knife in the so-called Santa rally. In case you missed it he came out on Sunday and said the Build Back Better plan being promoted by President Biden is not going to have his support. This effectively means it is dead in the water. The democrats cannot get it over the line. We expect at least another two percent fall on the back of that news. Omicron fears are also swirling making for an unusually bearish end to the year.

The hourly chart already shows the double top in place which is a strong bearish signal. We are just on the precipice of a volume shelf and once Apple falls into that gap there is no volume until $164. Expect a quick move there in the first hour of trading. 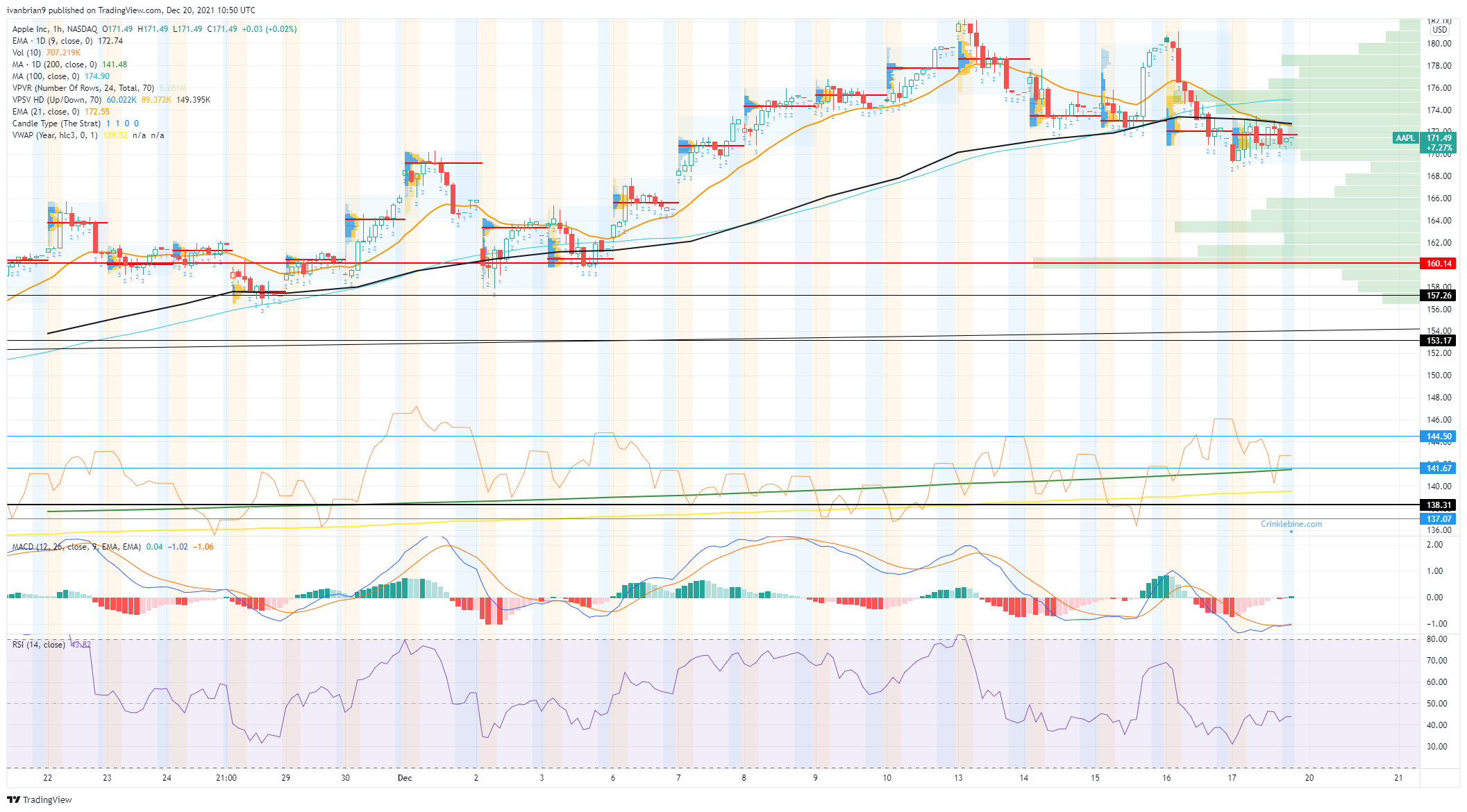 The daily chart shows the moving average convergence divergence (MACD) about th give us a bearish crossover. The relative strength index (RSI) is also steadily declinming. $164 to $157 was a consolidation point after November's strong move. This then is a support zone. Breaking lower will mean a move to test the 100-day moving averae at $151 and a new range between $147 and $151. Holding above $157 is the key medium term pivot and will give a chance for buyers to regroup. 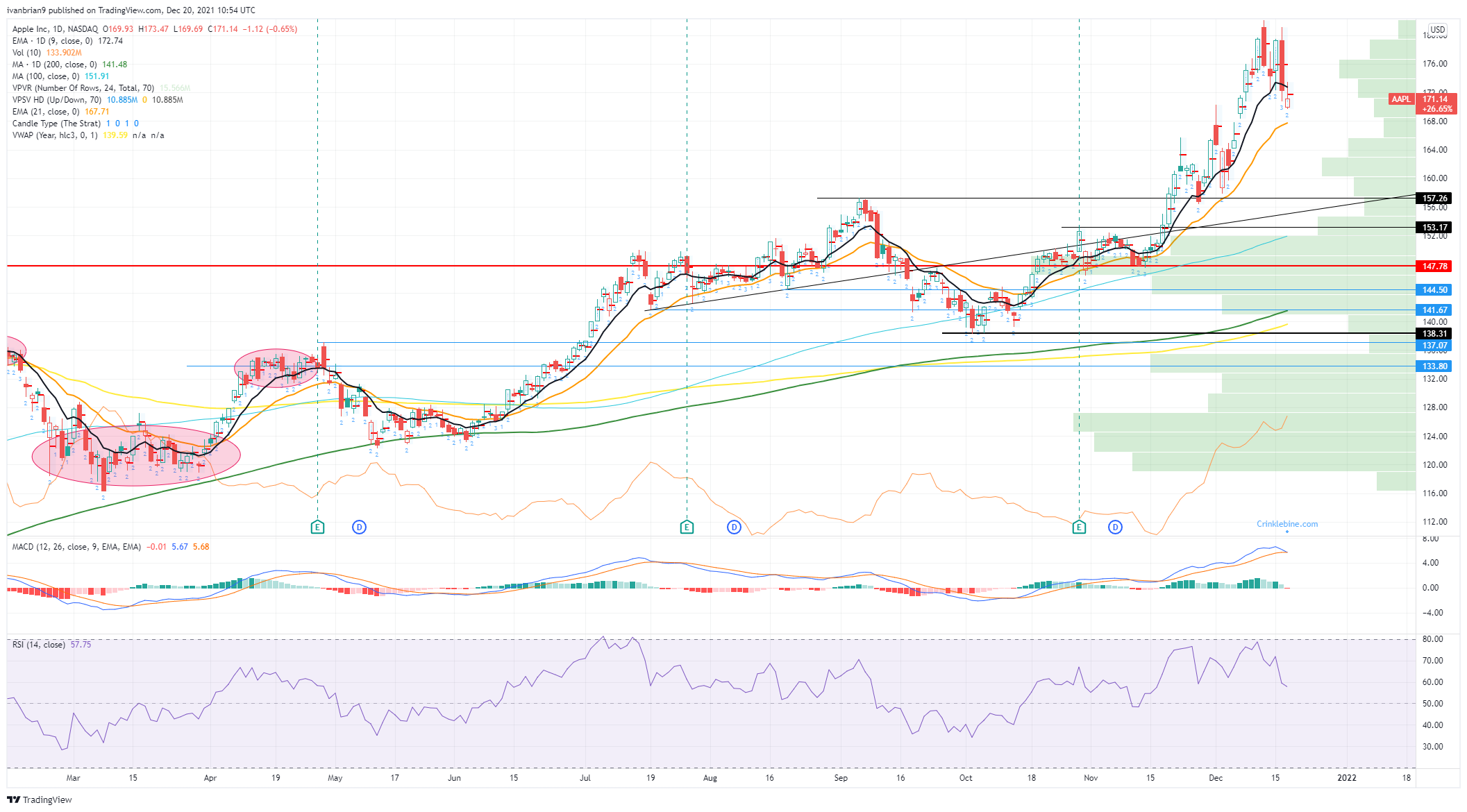