AMC has been relatively unheralded lately as the social media chatter dies down and the AMC apes appear to be busy trading other names. Retail traders are finding it harder and harder to find results similar to the volatility they are used to. Crypto stocks are struggling for momentum, and this week has not been kind to meme stock names either. The crowd appeared burnt after the SPRT merger hurt a lot of longs who were gearing up for a short squeeze that never materialized.

AMC stock has not participated in the rally that took off on Wednesday and has instead been fairly stable around the $40 level. This is an obvious psychological round number support but is also the breakout level from August 24 that acted as resistance. Now it is acting as support. AMC did retreat to $37, but as we can see from the daily chart below there is a strong volume profile-based support around here. The potential is there for a bounce. If only there was a big movie on the horizon to serve as a news catalyst. The name's Bond, James Bond.

The 100-day moving average has held the decline for now and provided some support, but this is merely an add-on to the real reason, which is the high amount of volume, as we can see from the large volume profile bars. Also, the quarterly Volume Weighted Average Price (VWAP) is at $36.03, giving further support to current levels. The Bond movie is set to be the biggest movie since pre-pandemic times with Reuters reporting that AMC-owned Odean in London is seeing ticket sales over 175,000 already. Cinema attendance in the UK this month is 10% ahead of pre-pandemic times. Expect this to be well picked up and circulated on social media in the coming days, leading to increased attention coming back to AMC.

It would appear AMC has found a strong zone of volume-based support, so now what? The first resistance is $42 from the 9-day moving average. Once through there, it is on to $48 and an ultimate move to $60 where volume resistance is high.

FXStreet Ideas: Buy the Bond dip! Increased news flow is likely. We would buy below $40 for a Bond induced pop. Alternatively, a $48 call for October 8 costs $1.10 per contract. 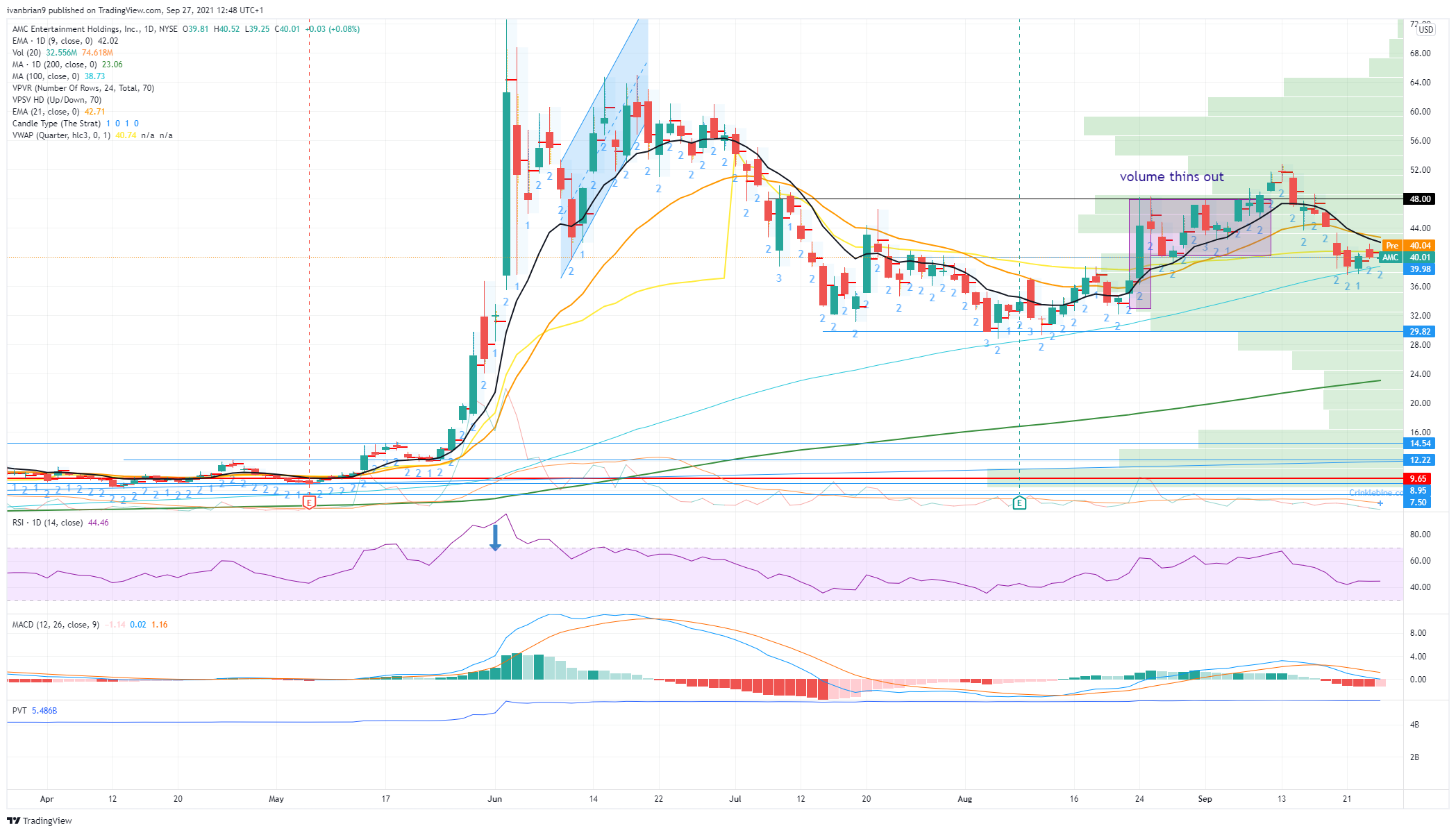