As we all know, the stock market has been in a bull run for a very long time. By the time you read this, it will be the longest bull market on record.

In the nine and a half years since the final down month of the previous bear market (February 2009), the S&P 500 Index has increased by almost 300%. That makes it an average compounded annual growth rate of over 15%. Add in an annual dividend yield of around 2%, and the past decade has been a very good time for stock investors.

The current environment seems favorable to a continued boom in the stock market. Corporate earnings are at record highs and GDP growth is strong; while unemployment and inflation are both very low. It’s a Goldilocks economy again – not too hot, not too cold, just right.

Even so, we know that every economic expansion, and its associated bull market, does eventually come to an end. In hindsight it is usually easy to see what the cause of the reversal was. But in real time, it almost never is – each new bear market seems to come out of the blue. We don’t know what the cause will be this time, tariffs, a trade war, a shooting war, the short-term stimulus coming from the corporate tax cut running out of steam or, equally likely, something that is just not on the radar at all right now. But one day the bull market, it will end. 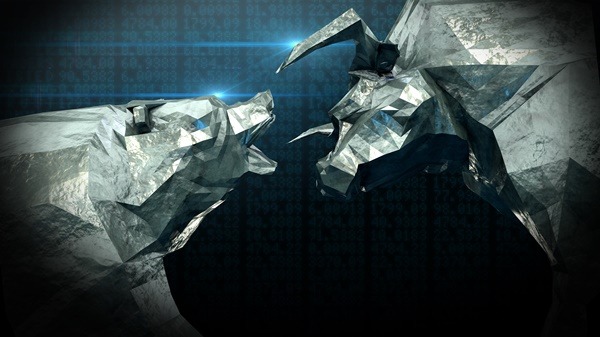 Currently, there are three things that are possibly worrisome early-warning signs:

The yield curve is the relationship between the interest rates on short-term debt and the rates on long-term debt. The normal relationship is that for a given borrower (and the U.S. Treasury is usually used as the benchmark borrower), debt that matures sooner should have lower rates than debt that matures farther in the future. This is to compensate the buyers of long-term bonds for their increased risks, chiefly that of inflation. The farther out in time the date is when an investor will recover his or her principle, the more the compounding of inflation reduces the purchasing power of that principle in the interim.

A normal yield curve is favorable for lenders (banks), whose business is borrowing short term and lending long term.

At this time, the yield curve is not quite inverted but it is very flat and headed toward an inversion, which could happen after one or two more Fed increases in short-term rates.

The earnings season for reporting earnings for the second quarter of 2018 is just about wrapped up. Earnings came in at all-time highs, with 4 out of 5 companies reporting earnings that were better than forecasts. Even with these blowout earnings, the S&P 500 index was not able to crack the highs that it reached in January 2018. This relative lack of strength could be a warning of the end to the bull market.

[Update – the S&P 500 did breach its January Highs after this was written, on August 21, but fell back below it slightly in the regular session. At the time of this update it had dropped another 1.5% after hours.]

So, what can we do as investors when the party ends, whenever that might be? And how can we prepare for it?

That is a long story. The broad outlines are:

All of these measures, plus many more, are covered in our Proactive Investor program. Contact your local center to find out more.

Read the original article here - How Far Can a Bull Run?