Well, it’s January and the New Year is still fresh.  In fact, some people are moving along with all deliberate speed on New Year’s resolutions. However, unfortunately many more are experiencing a severe slowdown in momentum towards actualizing those resolutions…already!  Did you make a promise to yourself about losing 20 lbs. or beginning an exercise regimen or following all of your trading rules?  And, how’s that working for you?  Which group are you in?  Regrettably, for all too many, it doesn’t matter because eventually, no matter how gung-ho they are in the beginning of the year and regardless of how enthusiastically they declare their intention, follow-through starts to wane in the first few weeks.  Then, before-you-know-it they are back in that same rut and getting those same dismal results because they didn’t really change anything in the first place. 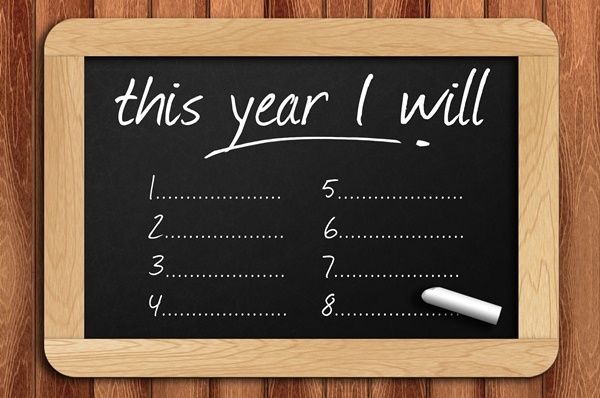 Don’t get me wrong, there are those who make resolutions that actually follow-through and achieve new aims.  The difference between those who hit the target and those who don’t is simple.  Those who accomplish their resolutions follow a plan that includes:

On the surface, these items may sound like a lot, but to the contrary, if you are serious about your claim to a new you in the New Year then it’s a small price to pay vs. doing the same thing you’ve always done and expecting a different result.

Let’s look a little more closely at these steps to making what begins as a resolution into a successful accomplishment by briefly examining an example. Consider this:

All last year after a particularly gnarly string of losses, Kevin found that he had become quite fearful of allowing his trade plans to play out. As one of my colleagues, Michelle Volmering, would say, Kevin was unwilling to allow the market to prove his plan wrong or right.  This resulted in a bad habit of prematurely exiting trades at either break-even or small profits that did not hit his first target and therefore did not justify the plan risk.

One fateful day towards the end of the year he became so tired of this consistent rule violation that he became determined to seriously address the issue.  He realized that to be the successful trader he wanted to be he had to make a real change.   To set this commitment in motion he thought, “Why is this change so important?”  He came up with several compelling reasons, not the least of which was his desire to not let his family down as their dreams were tied to his ability to effectively perform.

Armed with his new ferocious “why” he set out to identify what he was aiming for…his goal; i.e., to allow his plan to play out and let his winners to run.  Next, he sequestered himself in a quiet place, closed his eyes and envisioned what this goal would look, sound and feel like.  He saw himself using tools to support his ability to follow-through, such as taking deep breaths to relax his anxiety and employing a set-and-forget bracket order strategy, to name a couple.  He then consulted with his trading buddies and instructors to identify who had successfully dealt with a similar issue and modeled his behavior to match what they had done.  He knew if they could do it so could he.  He then constructed a daily trading plan (DTP) with routines and identified the thoughts, emotions and behaviors that contributed to this rule violation so that he could be proactive and preemptive in dealing with distractions before they became too big to stop.  After that, he streamlined his DTP, he considered if there were anything new that he could learn to support his DTP.  As he reflected, he grasped that he could use more help in drawing chart levels in order to increase his confidence in the trade plan to be executed and got some additional instruction.

Now, Kevin appreciated that in order to effectively change this bad habit it would be prudent to include a strategy to maintain persistence and perseverance because change is not easy.  He knew that every time he activated his vision for success in this change he felt energized and fiercely focused on what he must do, so he made a point of using his vision several times per day, not only as he traded, to “plug” into his hunger and want-it-so-bad-I-can-taste-it desire forging an internal tenacity to stay the course.  With these steps under his belt he made an iron-clad commitment to not just a New Year’s resolution but what amounted to a pledge to remain “resolute” until he had reached the top of his trading mountain.

Making New Year’s resolutions can be a great way to begin a year, but unless you are serious about them so often they become relegated to the pile of discarded white elephant gifts and trashed noise makers that are just so many remnants of another soon forgotten year.   Take a stand.  If you’re going to go for a change then be “effective”.  This is what we teach in Mastering the Mental Game on-location and online courses.  Ask your Online Trading Academy representative for more information.  Also, get my book, From Pain to Profit: Secrets of the Peak Performance Trader.