The Zilliqa price broke out of a bullish consolidation pattern indicating the continuation of the bull run.

The Zilliqa price created a rounded bottom consolidation known as “cup” after failing to slice through the resistance level at $0.204 twice. The second bottom produced on April 5 was higher than the previous one and formed the “handle.”

This setup, known as cup and handle, projects a 28% upswing, determined by measuring the distance between the flat resistance and the cup’s bottom.

ZIL broke out of this pattern on April 4, signaling the start of a new bull rally. Additionally, the Zilliqa price is close to toppling its current all-time high at $0.2303 set up in 2018. This altcoin’s upward trajectory isn’t a cakewalk, primarily due to the presence of stiff resistance at $0.238, which coincides with the 127.2% Fibonacci extension level.

Hence, a decisive close above this level will serve as a pitstop providing traction for the remainder of the 28% upswing.

Adding credence to the bullish outlook is the recently spawned buy signal by the SuperTrend indicator produced due to the breakout. 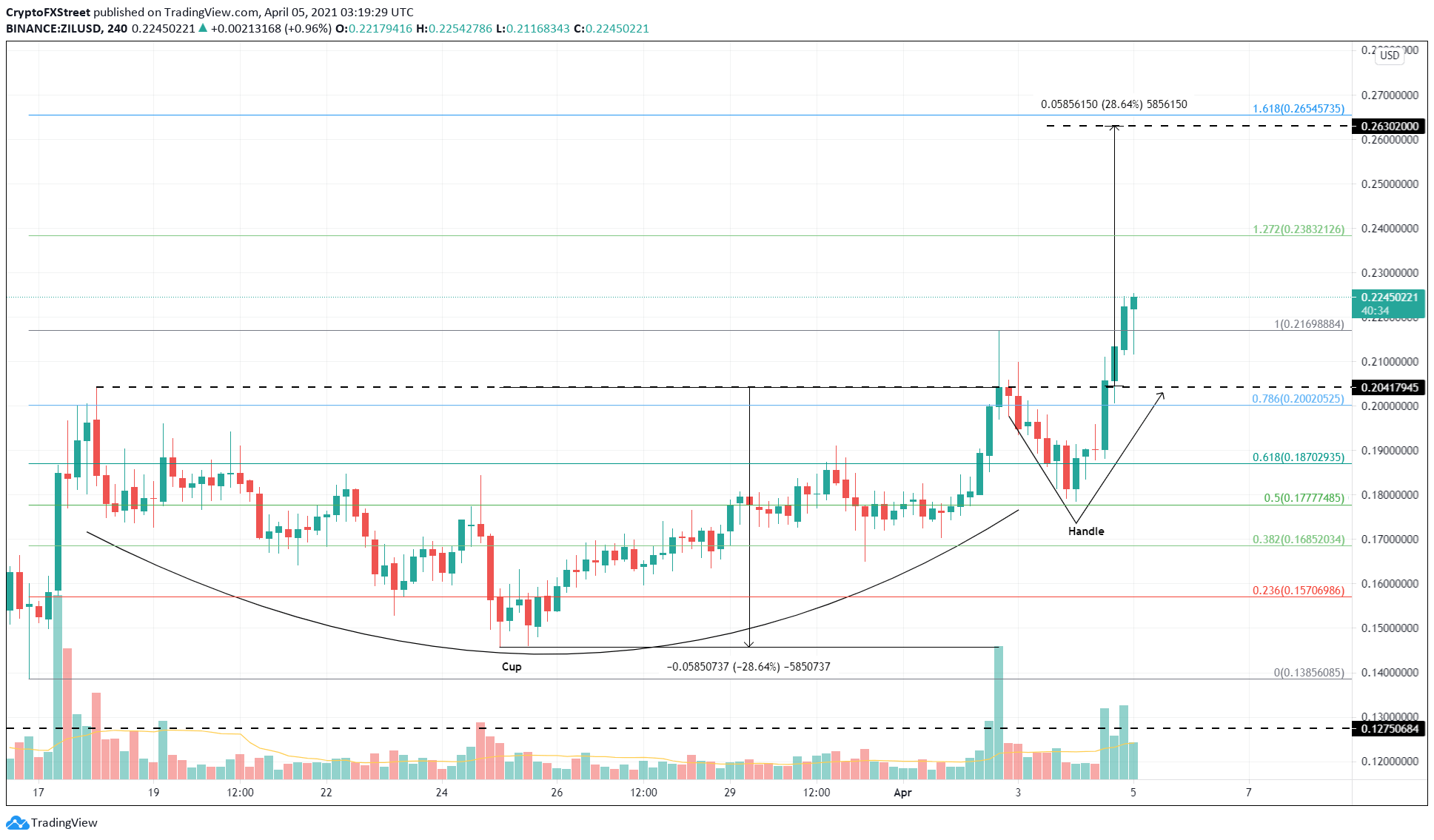 Regardless of the bullish outlook, investors need to be cautious if the Zilliqa price slices through the support level at $0.204. This development could jeopardize the upward move and scare investors away.

If ZIL breaches through the demand barrier at $0.202 or the 78.6% Fibonacci retracement level, it would null the bullish scenario and set up the stage for a further downward move.