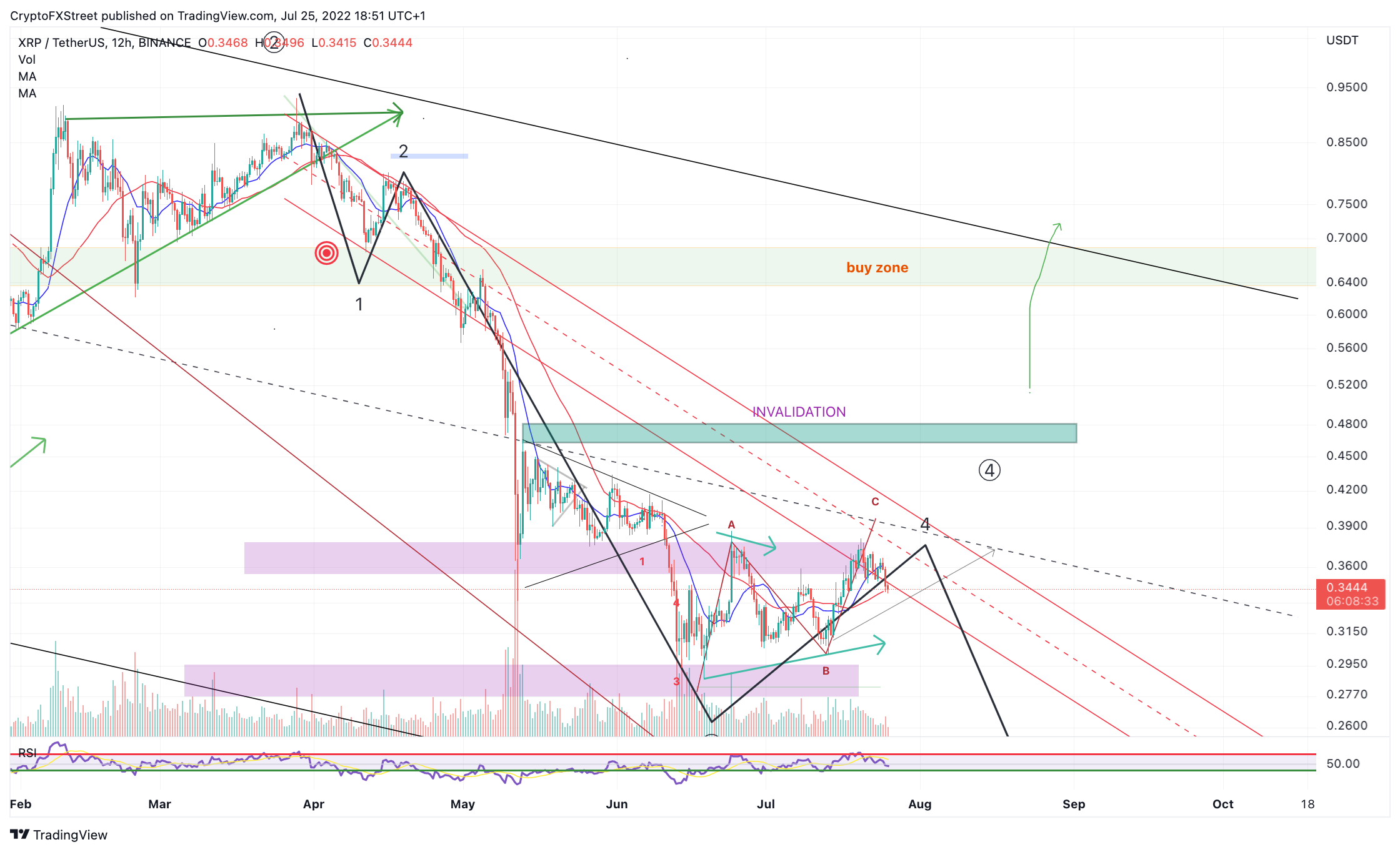 Ripple’s XRP price is running high on hope as the digital remittance token consolidates in the mid $0.35 range. The profit taking display comes after a modest 23% incline in price this week. The rally accompanies optimistic market sentiment changes.

This week FXStreet analyst Ekta Mourya broke the news “Ripple’s CEO officially confirms the end of McCaleb’s dumping spree after the co-founder exhausted 9 billion XRP tokens”. The news may entice fundamental investors to pick up some Ripple as a key XRP whale is officially out of the market.

Adding more fuel to the sentiments flame, Twitter is in a frenzy as a testnet for XRP has officially been launched. A testnet shows promise for the longevity of the  digital remittance token as it would  enable  more developers and everyday XRP to engage, negotiate, and handle business through the use of smart contracts.

From a technical standpoint Ripple faces a few more hurdles. XRP price is currently auctioning at $35.40.  Now a very significant weekly trend channel stands in the path of the next bullish target at $0.54. On intraday time frames the bulls are coming in to provide support at the 21-day simple moving average (SMA). Traders should keep an eye on this level as a failure to propel forward from the SMA will lead to a ricocheted-liquidation into the 8-day SMA at $0.33. A failure to hold the 8-day could be the catalyst for a sweep-the-lows event targeting the July 13 low at $0.3020.

Invalidation of the bearish trend would come from a breach above $0.47. Keep in mind that a sufficient closing candle above the $0.47 barrier will create a very optimal environment for traders looking to partake in a bullish trend. Subsequently the digital remittance token will target $1.00 resulting in a 180% increase from the current XRP price.

In the following video, our analysts deep dive into the price action of Ripple, analyzing key levels of inerest in the market. -FXStreet Team

Cardano price has remained neutral despite the blockchain undergoing a massive upgrade this week via the Vasil hard fork. This update is multi-faceted and brings a host of improvements to the so-called “Ethereum-killer”.

Circle will be launching a cross-chain transfer protocol with support for its own stablecoin, USD Coin (USDC). In the future, Circle intends on making USDC available on NEAR and Polkadot, among other chains.