XRP price overcame a crucial hurdle that puts it in a favorable position and ready for massive gains. However, Ripple slid into consolidation delaying the uptrend.

XRP price breached the bull flag pattern on March 11, kick-starting a bullish move. This technical formation forecasts a 31% ascent obtained by measuring the flag pole’s height and adding it to the breakout point at $0.76.

On March 11 Ripple managed to breach the pattern but slid into consolidation soon after. In fact, the price action since February 22 is reminiscent of the sideways movement that occurred from January 22 to February 3, which eventually led to a 30% ascent.

As XRP price continues to coil up, market participants can expect the breakout to be exponential and filled with volatility. Regardless, the bulls need to mow through the $0.85 and $0.91 resistance barriers and collect liquidity. Doing so will allow the remittance token to make its way to the $1 psychological level, above which is also buy-stop liquidity. Hence, investors can expect XRP price to sweep above these levels before setting a local top. 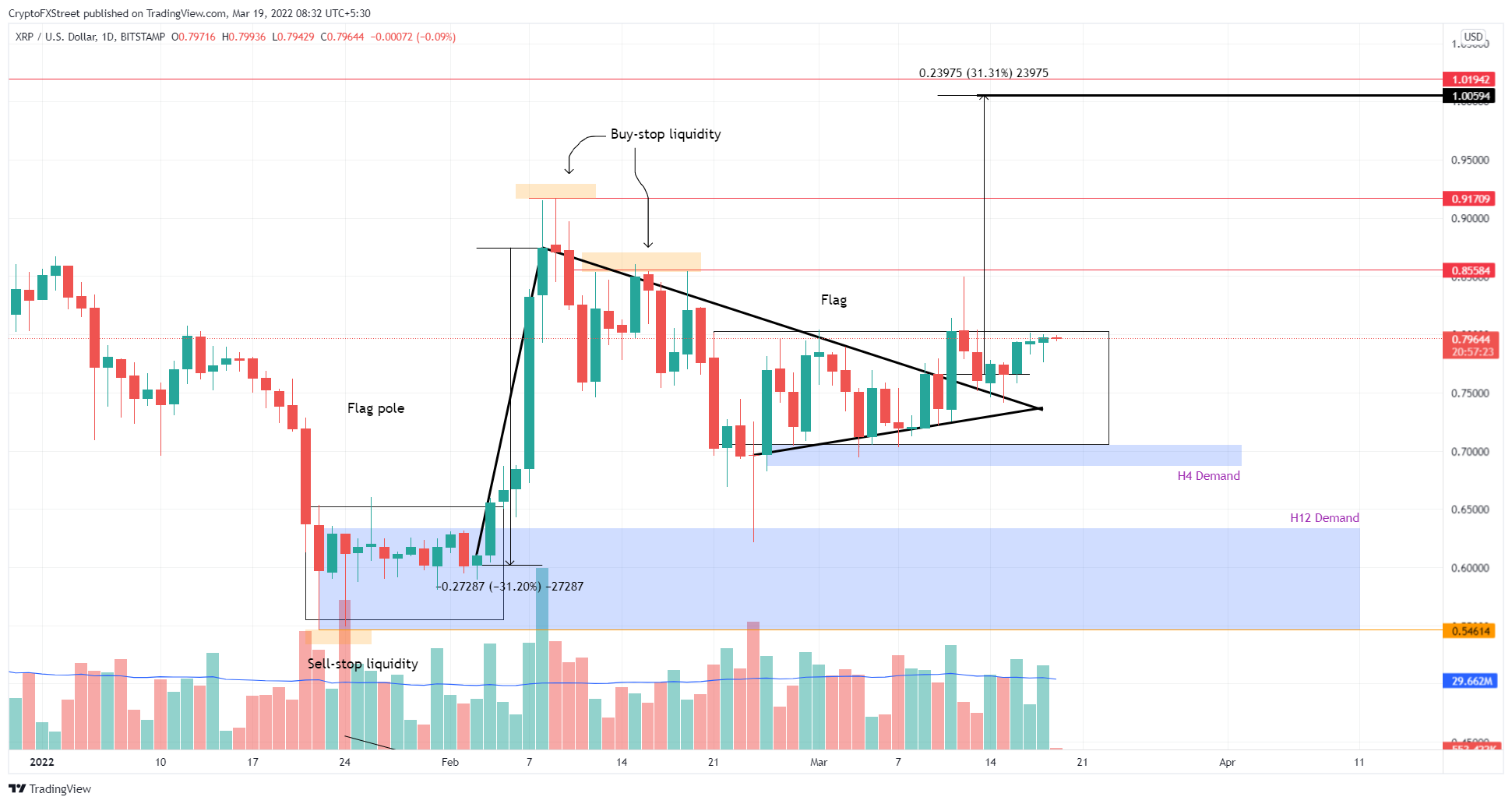 While things are looking up XRP price, a failure to breach the consolidation favoring the bulls will negatively impact the bull flag setup. If Ripple slides back into the flag, it will indicate that the buyers are not ready. Under these conditions, if XRP price produces a daily candlestick close below $0.68, it will invalidate the bullish thesis by creating a lower low.

In such a case, the XRP price might slide lower and retest the twelve-hour demand zone, extending from $0.54 to $0.63.