XRP price faces a substantial move to the south if support does not hold. The near-term support on the $0.02/3-box reversal Point and Figure chart is the triple-bottom at $1.04. If XRP bulls fail to hold $1.40, look out below.

XRP price has an interesting setup on its Point and Figure chart. One of the most sought-after patterns in Point and Figure is the triple bottom/top. That pattern itself is potent and has a high positive expectancy rate. However, what makes the triple-bottom on the XRP price chart is how it formed - the third bottom as it crossed below the prior bull market trend line. Utilizing the horizontal or vertical profit target method in Point and Figure analysis shows a target zone of $0.70 from an entry at $1.02.

The current bearish setup will be invalidated if the XRP price moves above the new bear market trendline at $1.22. However, the move that would need to occur for XRP price to achieve $1.22 would need to be powerful and the total inverse of a flash crash. An early warning sign that XRP may begin another uptrend is a close at $1.18, which would put XRP above its daily Tenkan-Sen and Kijun-Sen. 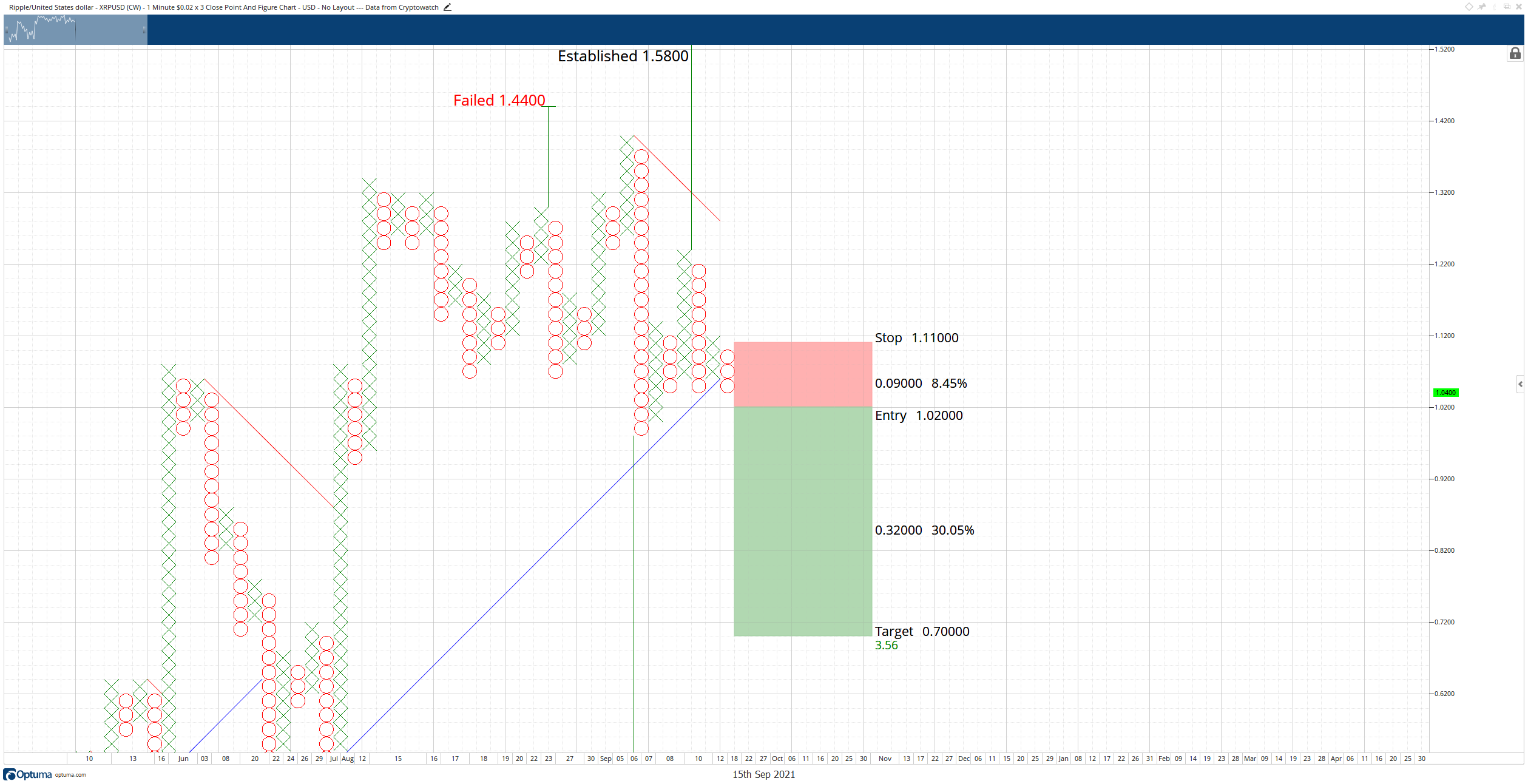 The daily Relative Strength Index, Composite Index, and Optex Bands all show very neutral conditions, which indicate any major breakout is likely to have a sustained move in the direction of the break.

Bears are favored for a drop here due to the continued consolidation from the flash crash that occurred on September 7th.