Solana (SOL) price was in a pennant formation for most of May, but the pattern has shifted towards a bearish triangle as a support line has seen three tests already and pressure mounts with the dollar weighing in. Should the dollar rally further, expect a breakthrough that supports the level and a possible 15% to 26% price drop as more room gets opened to the downside. Expect to see the squeeze continuing until the bearish triangle completes and sees a break to the downside.

Solana price has surprised investors after a pennant formation that looked promising for a bullish breakout broke the other way. The  Relative Strength Index (RSI), which is trading higher, away from the oversold area, appeared to confirm the pattern’s bullishness. Yet, instead, a bearish break materialised, which tested the bottom level of 2022 at $35 again. This level has held on three previous occasions but this time it is starting to weaken as pressure mounts, with lower highs and a downside squeeze.

SOL price could thus be set for another leg lower as some more dollar strength kicks in again. With the dollar weighing additionally on sentiment, it looks almost certain that SOL price could drop towards $18.66, with the monthly S1 support level just above at $22. Such a fall would constitute a 50% loss, while the earlier supportive level identified comes at the $30  equivalent to a 26% devaluation. 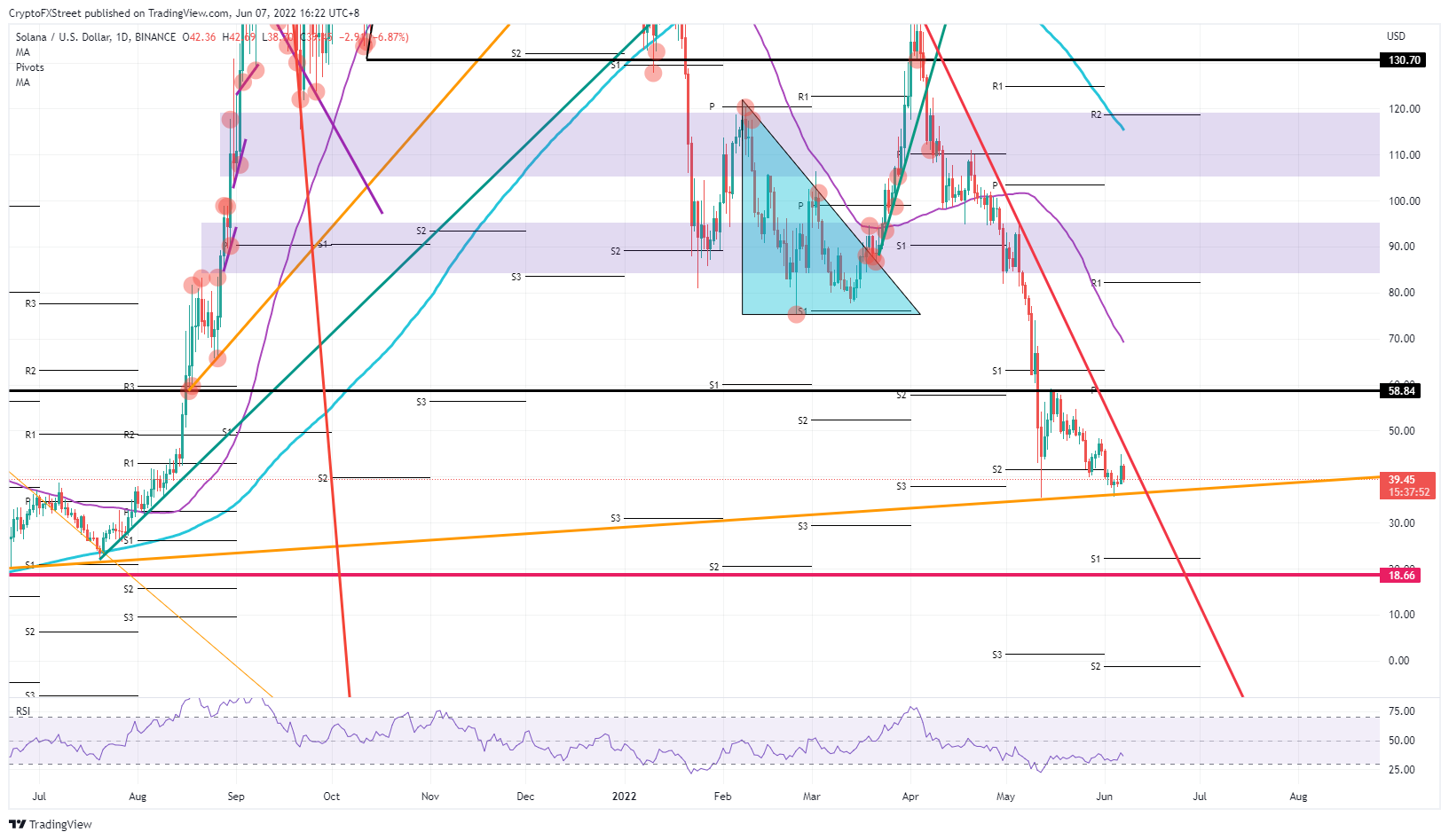 Given the bank holiday in Europe yesterday, a turnaround could come today if the dollar weakens a bit instead and the sentiment in the global market gets to shift a bit with more positive morale. That would trigger another rebound of $35 and see bulls piercing through $58.84. At that level, $70 looks tempting, and bulls could charge ahead to test the 55-day Simple Moving Average, printing a 86% gain for the portfolio in the process.