VeChain price has been a high-performing asset since the start of the current bull run in early January. Of late, though, VET seems to be experiencing a slowdown after hitting an all-time high of $0.279 on April 17.

The supply zone that extends from VeChain price $0.228 to $0.245 has prevented VET from heading on a full-blown upswing. This resistance barrier has prevented the bulls from ascending three times over the past two months.

While this can be interpreted as bearish, the series of higher highs and higher lows over roughly the same period shows a bullish formation.

However, the Momentum Reversal Indicator (MRI) has flashed a cycle top signal in the form of a red ‘one’ candlestick on the 6-hour chart. This setup projects a one-to-four candlestick correction.

Regardless of the bearish setup, if VeChain price produces a swift close above $0.245, it would signal the start of a new uptrend.

In such a case, VET could surge nearly 9% to tag the recent swing high at $0.266. Following the breach of this level, if the buying pressure persists, VeChain price could set up a new high at $0.303, coinciding with the 161.8% Fibonacci extension level. 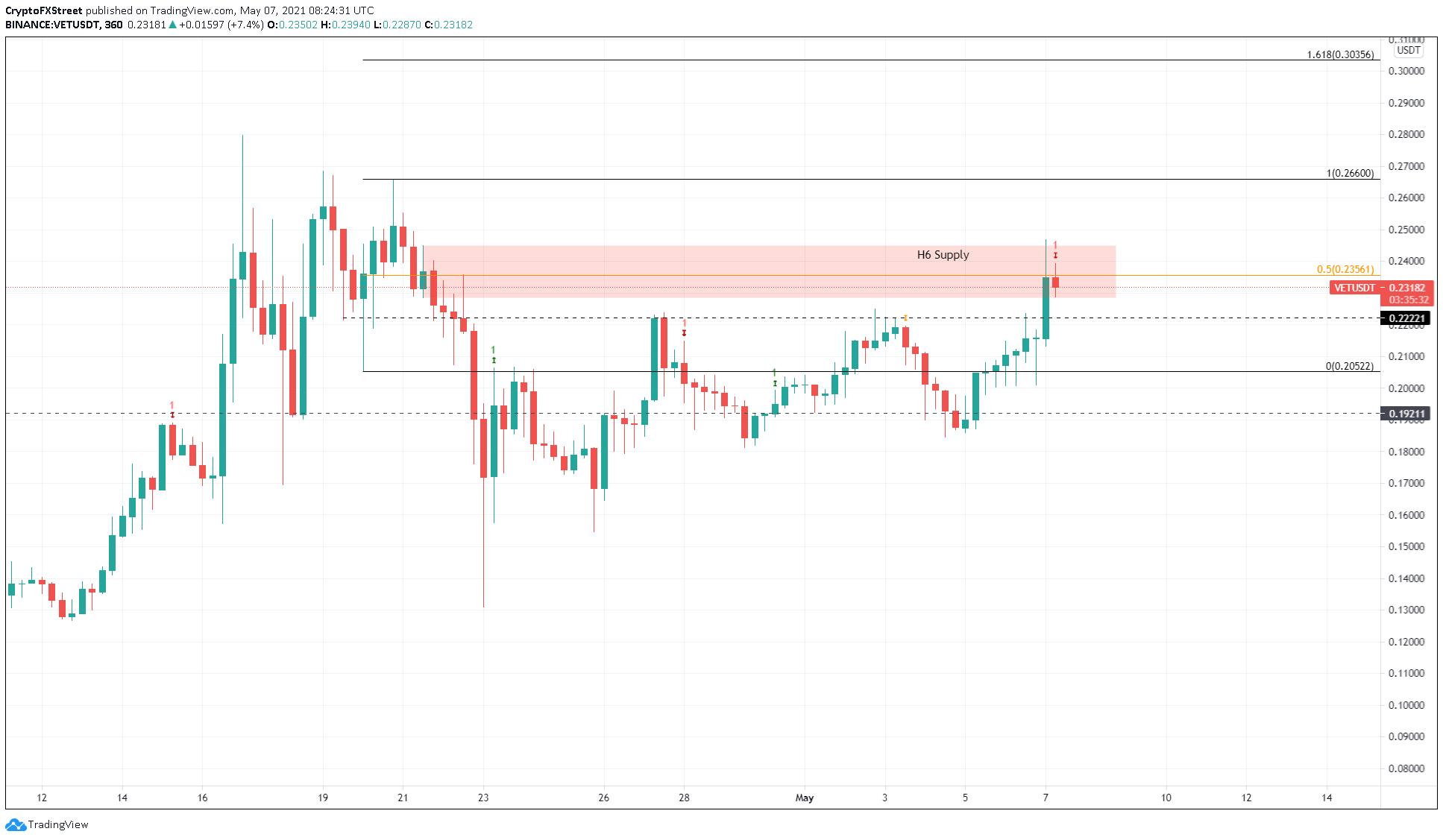 On the flip side, if the MRI pushes VeChain price below the support barrier at $0.222, it would invalidate the forementioned bullish scenario.