This target is calculated by using the height of the pole as a reference and adding it to the breakout point. 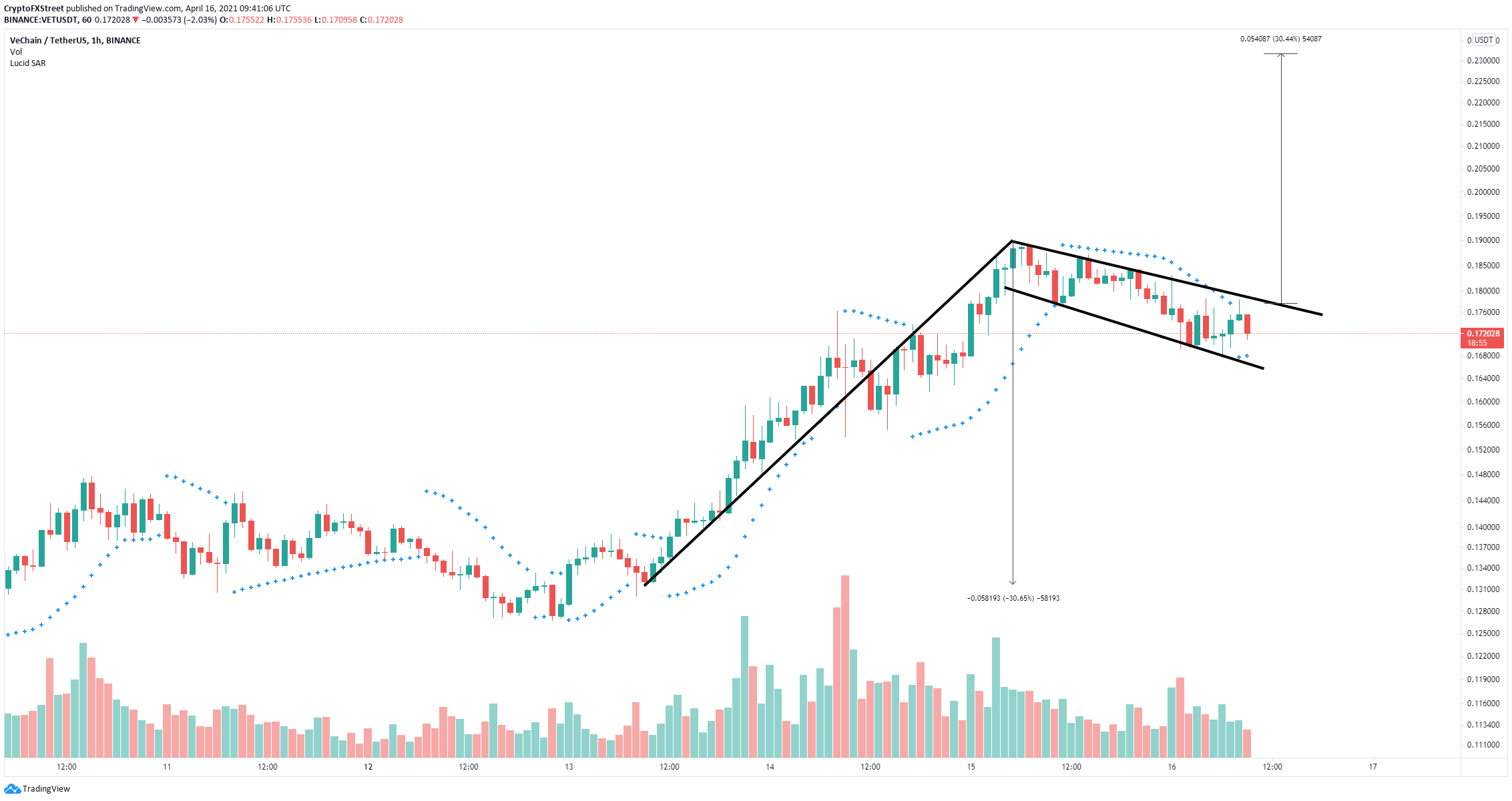 Additionally, the Parabolic SAR, which highlights the direction an asset is moving, has just flipped bullish again, indicating that VET is ready for a rebound from the lower boundary of the flag and adding credence to the bullish outlook.

On the other hand, the TD Sequential indicator has presented a sell signal on the 9-hour chart in the form of a green '9' candlestick. The signal is getting significant continuation and can quickly push VeChain price down to $0.165 at the 78.6% Fibonacci retracement level. 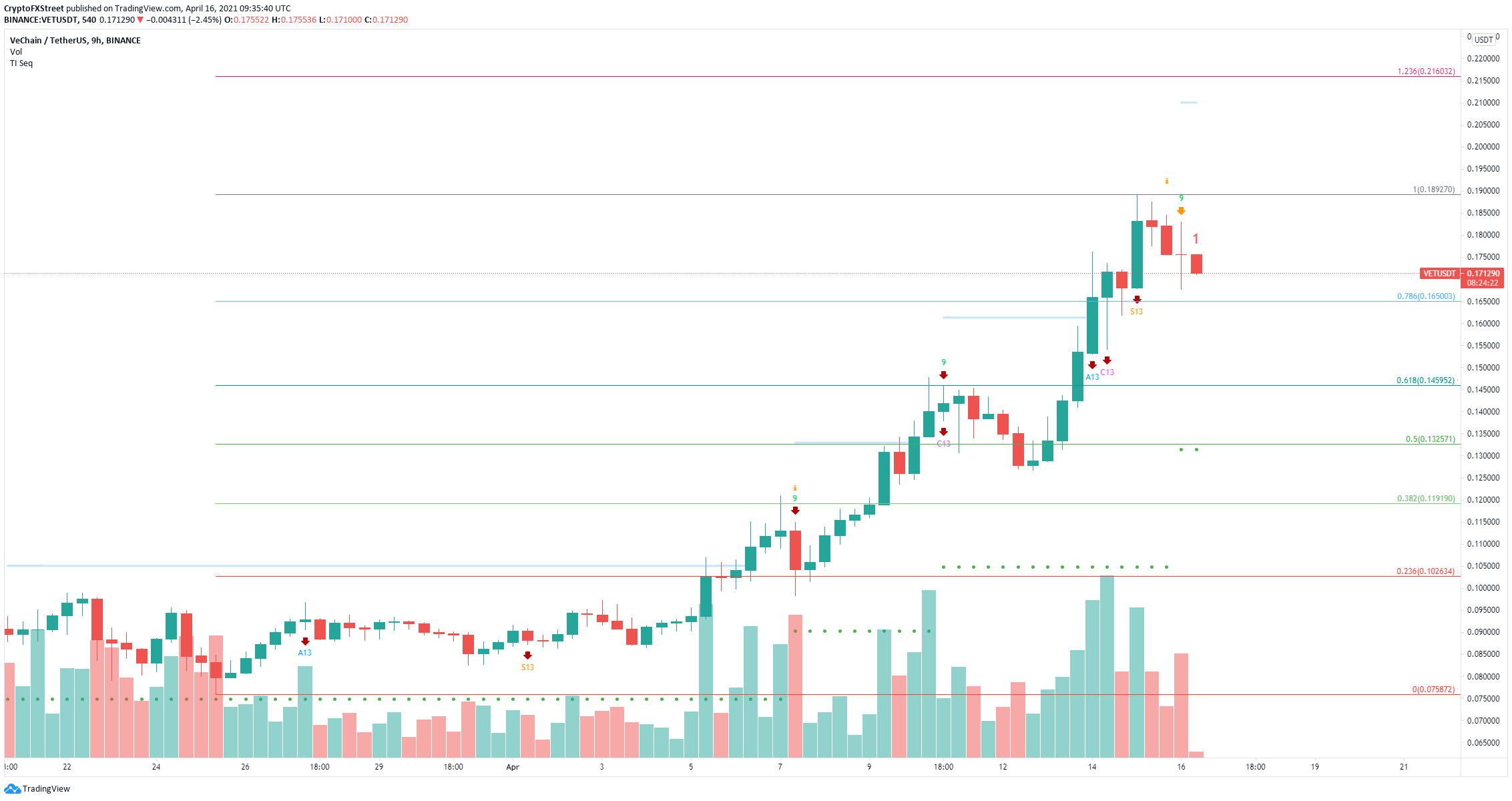 A loss of the $0.165 support level could drive VET down to the next Fibonacci retracement level of 61.8% at $0.1459. Additionally, on the 2-day chart, a shooting star candlestick seems to be forming, which consists of a small body and long upper shadow. 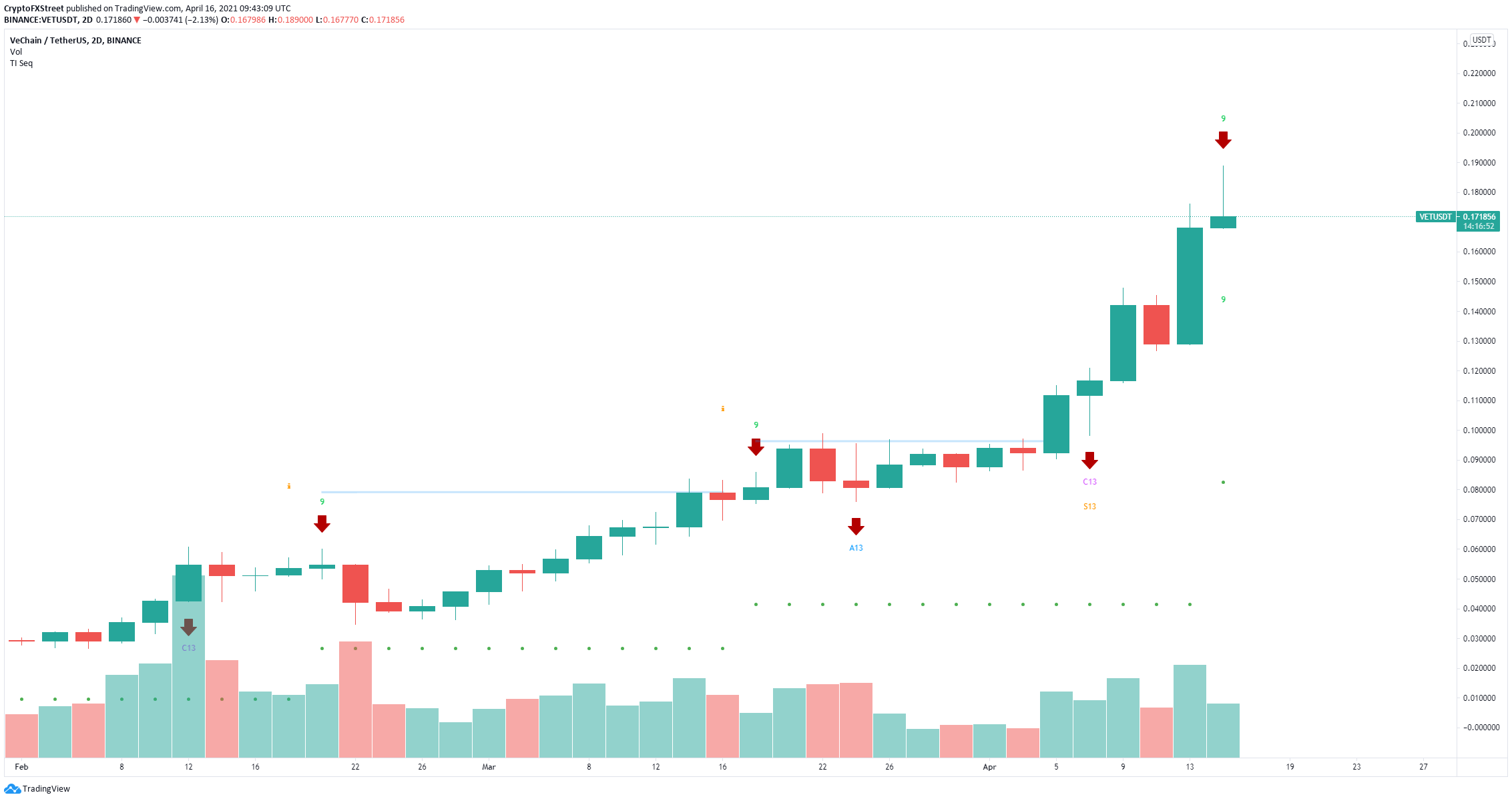 This candlestick is a bearish candlestick and indicates a potential reversal of the trend. Additionally, the TD Sequential indicator has also presented a sell signal here, further strengthening this bearish scenario.