VeChain price has seen a tremendous bull rally that has caused it to more than double in less than a week. Now, the cryptocurrency could pull back as this technical indicator flashes a warning sign.

On the 12-hour chart, VeChain price is trading around $0.242, well above the parallel channel that contained it for the past quarter. A sudden spike in buying pressure propel VET by 77% leading to a breakout of the upper trend line.

Now, the Momentum Reversal Indicator (MRI) has flashed a warning sign that comes in the form of a yellow ‘one’ candlestick. If the rally continues, the threat of a cycle top may arrive in a red ‘one’ candlestick, which projects a one-to-four candlestick correction.

Hence, investors need to pay close attention to the subsequent 12-hour candlestick close to evaluate the direction of VET.

However, if the reversal signal arrives, investors can expect a 13% pullback to the 78.6% Fibonacci retracement level at $0.211. If the buyers fail to contain this downward thrust, VeChain price could swing as low as 0.198, where a potential reversal in trend could ensue.

Under particular circumstances, sellers could crash VET to the 61.8% Fibonacci retracement level at $0.17 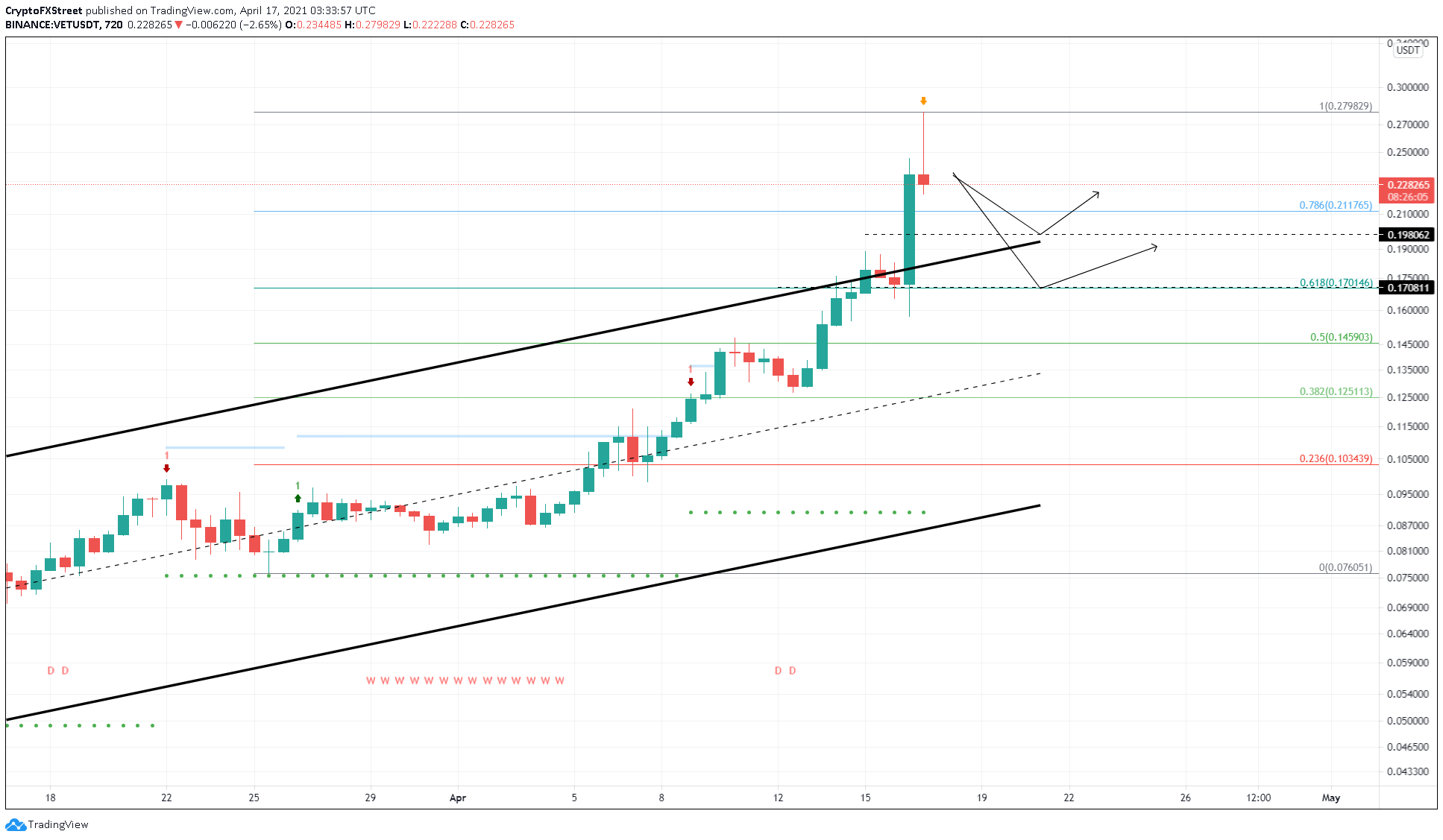 However, due to the nature of the bull run, VeChain price could ignore the warnings or the cycle top indications. On April 9, VET surged 18% after the MRI flashed a reversal sign. Hence, if something similar were to happen, market participants can expect a retest of the all-time highs at $0.279.