TRON price has been trapped between two converging trend lines connecting lower highs and higher lows since February 2021. The overall outlook suggests that TRX is traversing a symmetrical triangle.

This technical formation forecasts a 72% move, but the direction is unknown until the asset produces a decisive close above or below the triangle boundaries. Although TRON price looked bullish and showed signs of retesting the upper trend line one last time, it is facing headwinds.

TRX is currently trying to overcome the $0.065 resistance barrier, but a rejection here could suggest that the buyers are weak. This lack of bullish momentum could further push TRON price down to retest the lower boundary of the symmetrical triangle.

A daily candlestick close below $0.055 will trigger a breakdown from the said pattern. In such a case, measuring the 72% distance between the first swing high and swing low and adding it to the breakout point at $0.055 will reveal a target of $0.016.

Therefore, investors need to exercise caution when trading TRX. That said, TRON price has the $0.038 support level that could potentially absorb the selling pressure and cauterize the bleed. 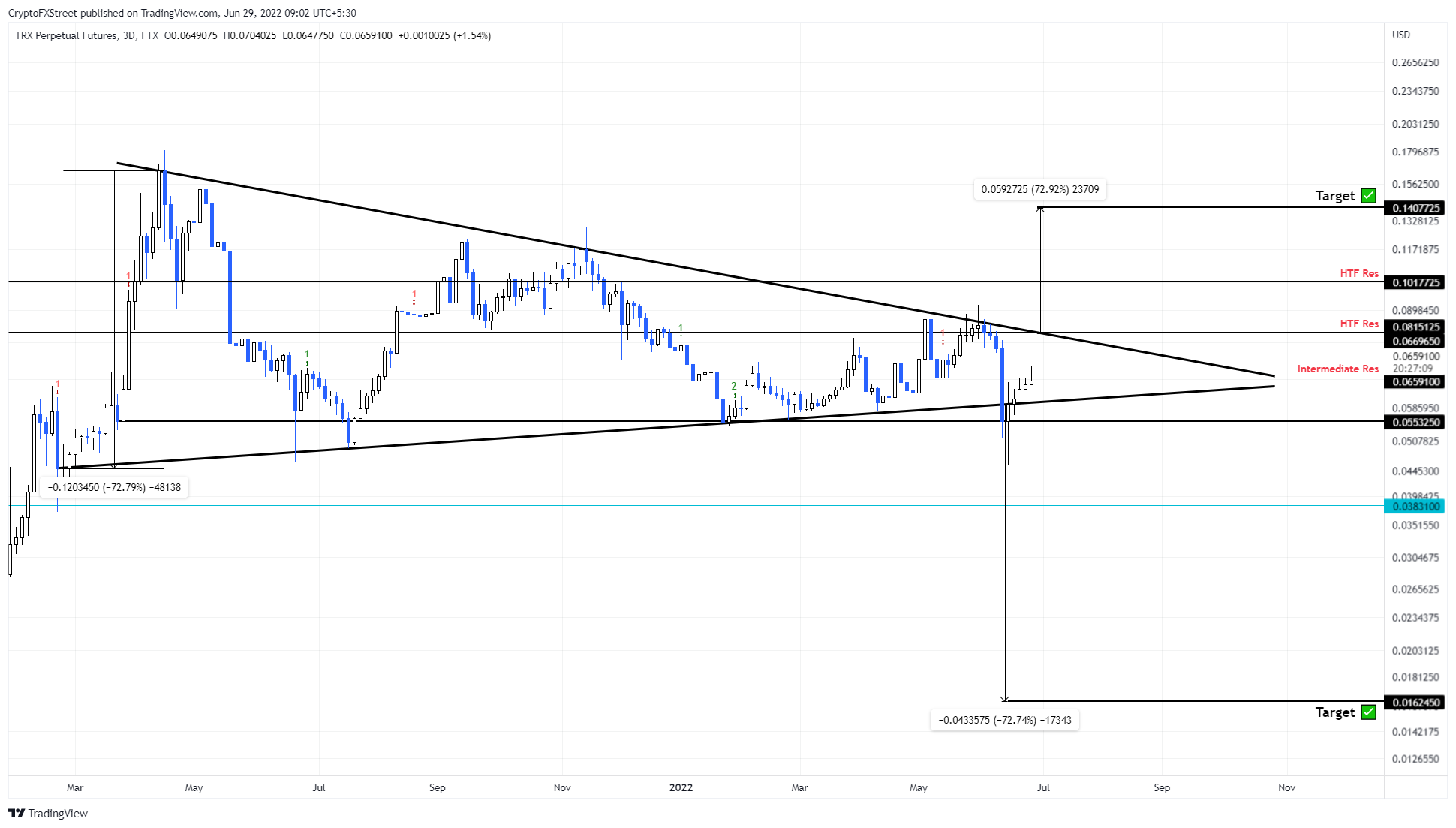 On the other hand, if TRON price produces a daily candlestick close above $0.081, it will trigger a bullish breakout. In such a case, adding the target measure to the said level forecasts a 72% ascent to $0.140. However, the upswing will face a significant hurdle at $0.101.