Theta price advance from the 2020 low had so much momentum that the altcoin recorded five weeks in which it was five standard deviations above the 40-week simple moving average (SMA). The stellar rally topped this past week as the reversal from fresh highs triggered a double-top pattern when it traded below $11.06. In the short-term, the price may rebound, but the longer-term outlook looks challenging for bullish speculators.

Theta price has rallied with the revolution, but all rallies come to an end

As a decentralized peer-to-peer network, THETA can revolutionize the video streaming industry by offering better video delivery at lower costs. Last week, a third patent was granted for “Methods and Systems for Peer Discovery in a Decentralized Data Streaming and Delivery Network.” According to the company, the system “uses advanced algorithms to enhance the robustness and connectivity of the Theta peer-to-peer edge network, resulting in significantly improved video delivery quality.”

In little less than a year, THETA rallied over 46,000%, reaching extreme deviations from the mean in the process. Last week’s attempt at restarting the rally failed, despite the hyped Coinbase (COIN) initial public offering.

The 10-week SMA has played a significant role during the entire THETA advance from March 2020 low, and it will determine if the double top does evolve into a massive sell-off. At the time of writing, the price is at $8.83, and a weekly close below will unleash notable selling. 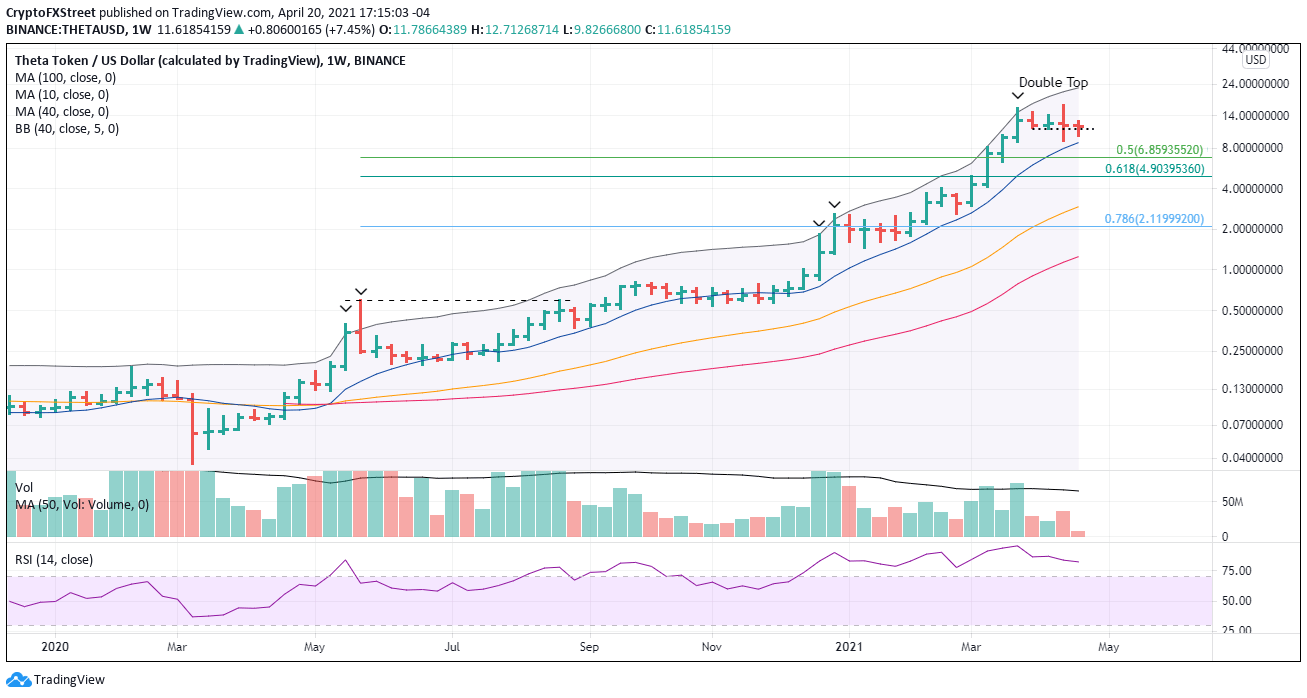 At this point, it is not possible to discern a bullish outcome for THETA. Still, speculators need to stay alert for intraday patterns that may emerge, providing high probability entry points for at least a dead-cat bounce.