The Graph price has been trading inside an ascending channel for the past week, but it is at risk of a significant correction as on-chain metrics turn in favor of the bears.

Since March 18, the percentage of the total circulating supply of GRT inside exchanges increased from 2.66% to a current high of 3.08%. This shows that investors are depositing their coins to take profit or exit positions, adding a lot of selling pressure.

Additionally, the number of whales holding between 1,000,000 and 10,000,000 coins has significantly dropped by nine since March 20, which adds credence to the theory that investors are selling GRT. This trend can be also seen with smaller holders, which are also selling.

On the 4-hour chart, GRT has established a parallel channel that can be drawn connecting the higher highs and the higher lows. The Graph price is trading right above the 50-SMA at $1.77 at the time of writing. 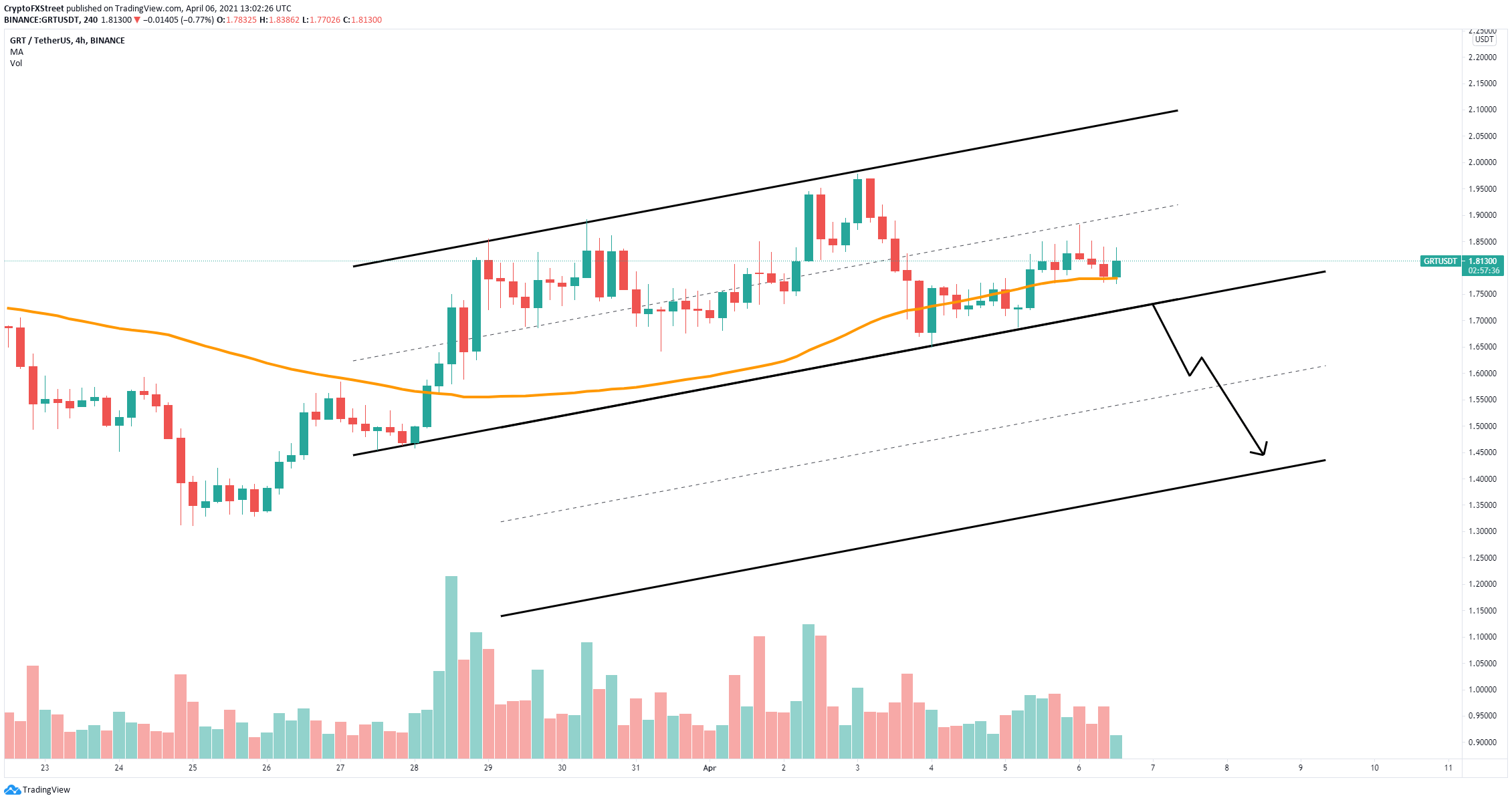 The lower trendline support is located at $1.72. A breakdown below this critical point will drive The Graph price down to $1.6 initially and as low as $1.45 in the longer term.

On the other hand, if GRT bulls manage to defend the 50-SMA, there is a chance for GRT to rebound towards the middle trendline of the pattern at $1.90 and as high as $2.10 which is the upper boundary.