The exchange stated in its announcement that it would “burn all trading fees on LUNC spot and margin trading pairs by sending them to the LUNC burn address,”  the results which will be announced on October 3.

If the results are underwhelming, the altcoin will likely tumble and rebalance the imbalance formed as it rallied 591% between August 20 and September 8.

Furthermore, the rumors of Coinbase and Robinhood listings due to investors signing petitions are unlikely to yield results, ever. The central reason is that Do Kwon, the creator of Terra and LUNC, is being hunted by the Interpol.

Additionally, the initial fallout from the collapse of Terra and LUNA caused a massive implosion in the ecosystem, leading to losses in billions. As a result, US regulators are pushing for a ban on algorithmic stablecoins.

LUNC price shows a flip of the $0.000308 to $0.000327 support area after five days of trying. This development indicates that the altcoin is in the safe zone and could likely trigger an uptrend. However, the larger ecosystem is still bearish, including Bitcoin price.

Although LUNA Classic price is less correlated to Bitcoin’s moves relative to other altcoins, a sudden sell-off for the big crypto could affect LUNC. Therefore, investors need to pay close attention to today’s Binance announcement; if the burn numbers are less than expectations or underwhelming, bears could take over and trigger a crash. 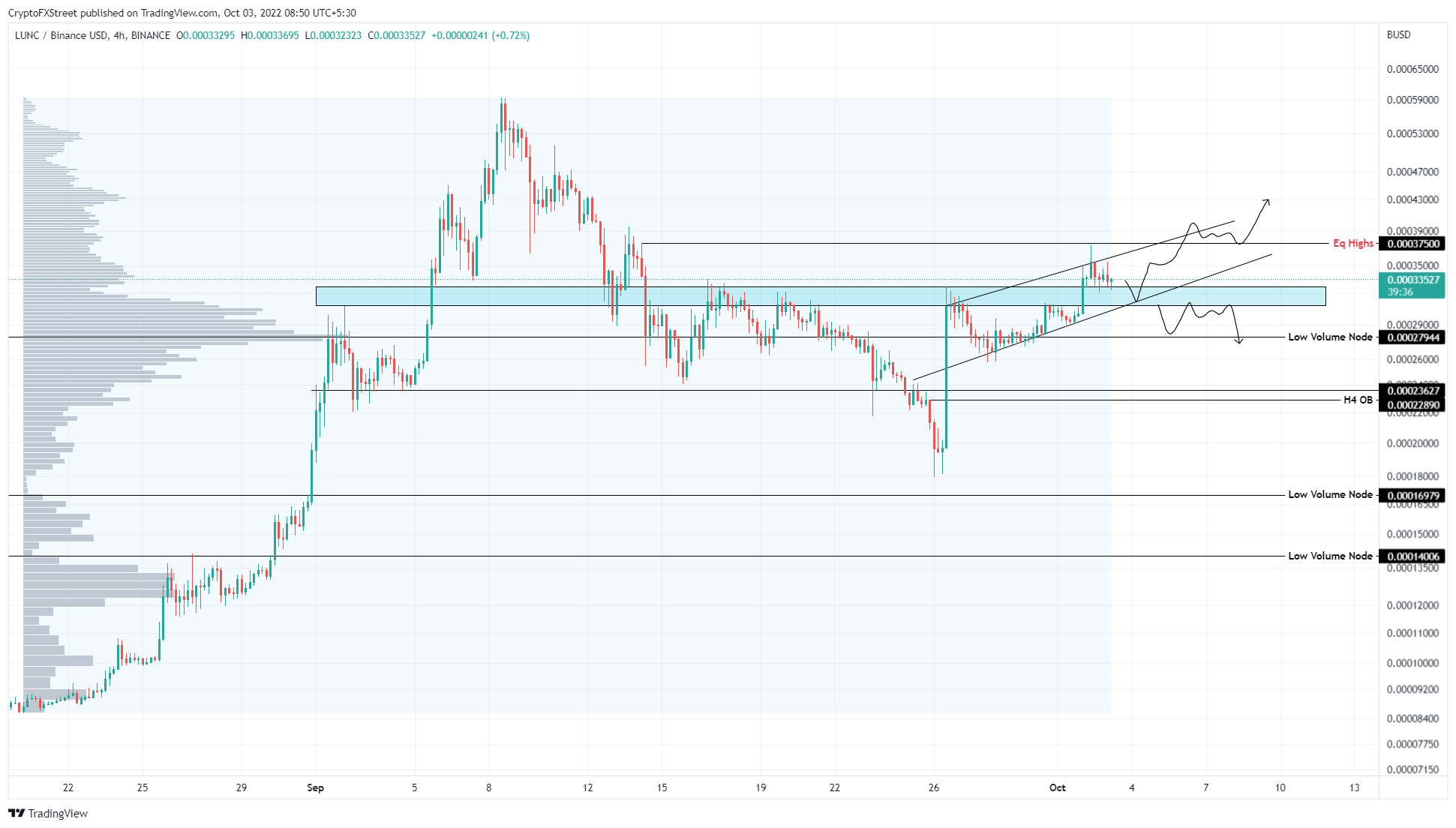 While things are looking gloomy for Terra LUNA Classic price, investors should note that positive results from Binance’s announcement could trigger an explosive rally. A flip of the $0.000375 hurdle into a support level will invalidate the bearish thesis for LUNC. Such a development could see it retest the peak of the 591% rally at $0.000593. This move would constitute an 83% gain from the current position.