Solana price seems to have declined sharply on the reports that a hacker is draining wallets of SOL and SPL tokens. While unconfirmed, this hack seems to have an estimated loss of tokens worth $5 million.

Solana price took a hit after rumors of an exploit spread earlier today on August 3. According to unconfirmed reports on Twitter, users’ wallets are being targeted and drained of SOL and ETH.

If you're a dev, lend a hand to try to figure out if this ongoing Ethereum/Solana wallet drain exploit is a supply chain issue.

Additionally, a look into the Solana explorer shows that the attacker is stealing both SOL and Solana Program Library (SPL) tokens.

PeckShield, a well-known blockchain security and data analytics company, indicated users of Phantom, a popular Solana wallet provider, were affected by the exploit. The security firm further advised users to revoke permissions for any suspicious links to prevent the attacker from gaining access. However, the comment section of this tweet clearly stated that it was not a wallet-specific issue.

Phantom issued a statement saying that they are,

working closely with other teams to get to the bottom of a reported vulnerability in the Solana ecosystem. At this time, the team does not believe this is a Phantom-specific issue.

As a result of this exploit, Solana price has crashed roughly 6% to $37 but buyers seem to be taking advantage of the discount and are scooping in SOL.

Solana price and what’s next for SOL

Solana price took a hit due to the exploit and dropped only 6% and briefly sliced through the $38.22 support level. However, buyers seem to be buying SOL at a discounted price.

Going forward, investors need to consider a reversal and a sweep of the $42.43 swing high and $44.37 intermediate resistance level if the bullish momentum continues to pile up. But market participants and SOL supporters need to understand that there is a lot of sell-side liquidity resting below the $31.62 support level.

The ongoing ‘exploit’ is not confirmed if it arises due to an inherent bug in the Solana blockchain or if it is a targeted phishing attack. Regardless, an escalation of the event could be a trigger that pushes SOL price lower.

Beyond this level, the swing lows formed between June 13 and June 19 also have between them a lot of sell-side liquidity, so market makers might push SOL down to $26 to collect it. During this move, Solana price might find solace in the $24.52 weekly support level. 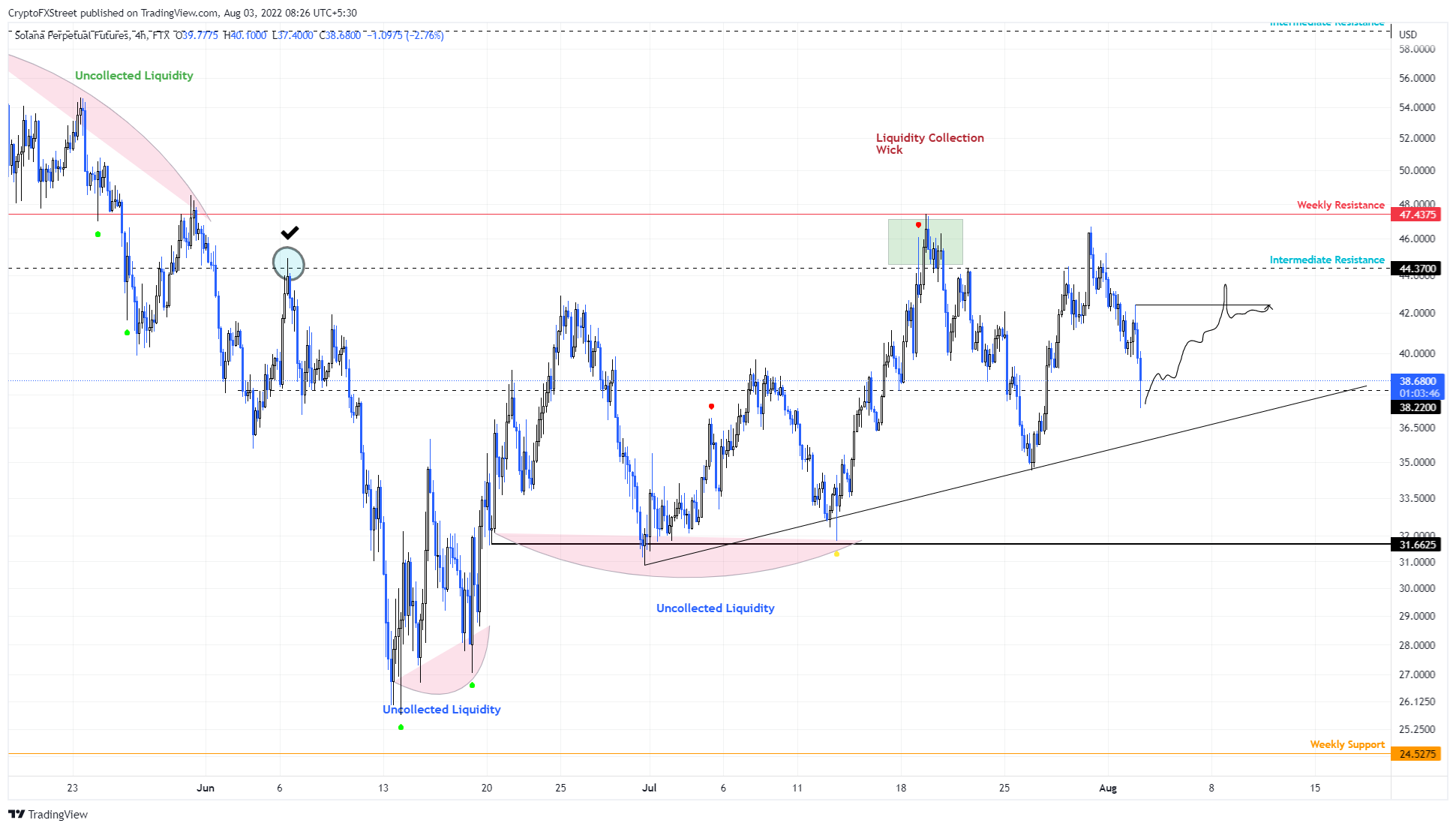 On the other hand, if Solana price produces a daily candlestick close above the weekly resistance level at $47.43 and flip it into a support floor, the bearish thesis, at least from a technical perspective, will face invalidation.

However, things could escalate if the ongoing exploit causes more losses to users.