Shiba Inu price has been mostly unchanged since Sunday. The bodies of the past four daily candlesticks have been stuck between $0.000036 and $0.000037. SHIBA is in its fifth straight day of lower trade volume.

Shiba Inu price is in a dire state. The consecutive number of days of one trading day’s volume lower than the next is now five. Furthermore, the volume over the past two days has been the lowest since the week of October 20th.

Price action itself has been relatively muted, with minimal price movement. The combination of the flat trading conditions and drop in volume has positioned the Relative Strength Index barely above the final oversold level in a bear market (40). It has been trading against this level for six days, indicating a move below 40 could occur at any moment.

Pressure on Shiba Inu price will increase as the Tenkan-Sen and Kijun-Sen begin to trend lower. Bulls will need to push Shiba Inu above those levels; otherwise, they will act as a hand pushing SHIBA lower and lower. 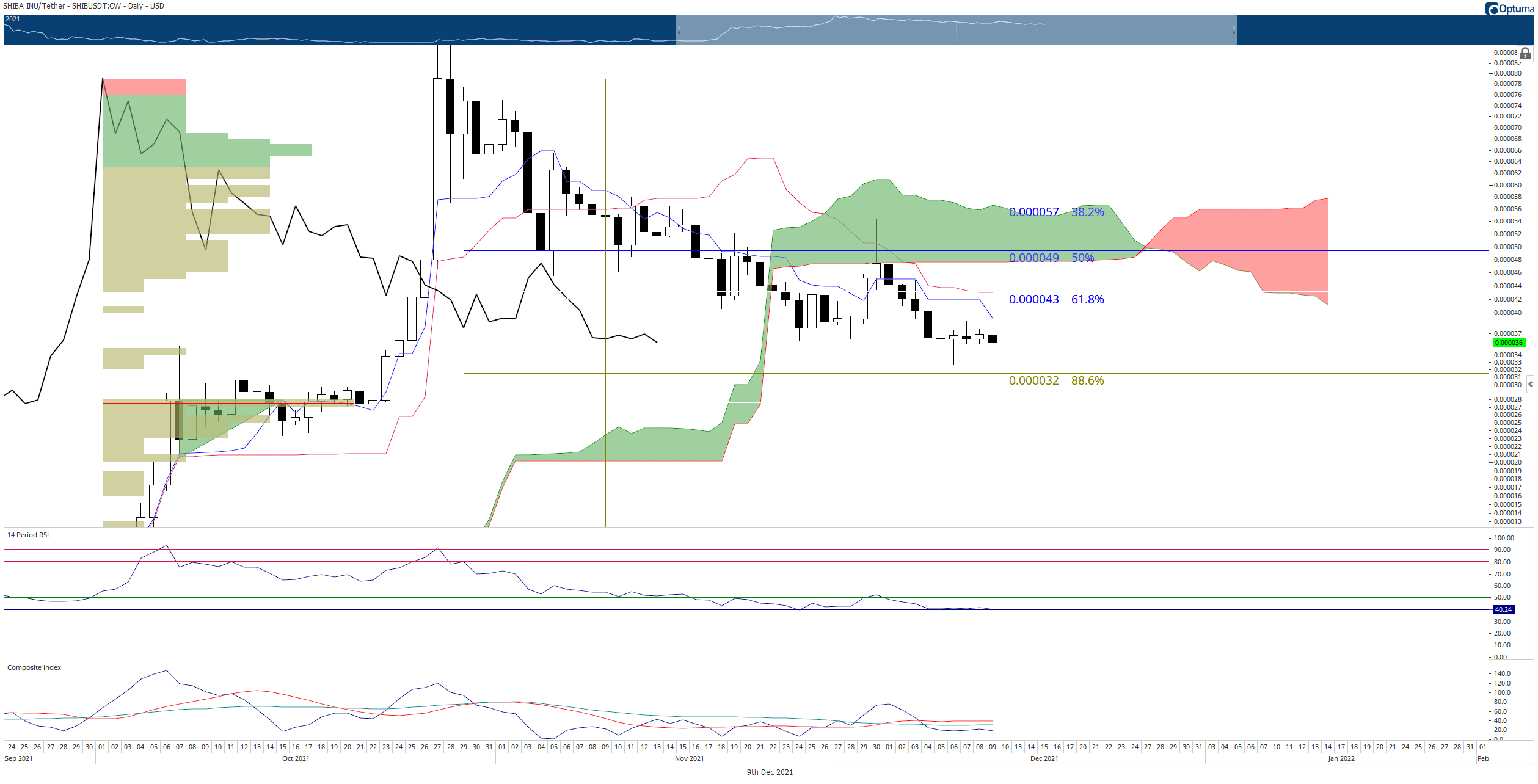 If bulls want to deny any further bearish price action, bulls will need to push Shiba Inu price to a close above the Kijun-Sen and 61.8% Fibonacci retracement at $0.000043. That would put SHIBA into the unique position of a close at an eight-day high, likely trapping any shorts or bringing in new buyers as FOMO begins.