On the SHIB 3-hour chart, it seems like the recent flash crash was contained by the 200 three-hour moving average. Although Shiba Inu briefly dropped below this support level, it looks like it has kept falling prices at bay.

Coincidentally, the Tom DeMark (TD) Sequential indicator presented a buy signal within the same timeframe. The bullish formation developed as a red nine candlestick. It suggests that SHIB price is poised for a one to four 3-hour candlesticks upswing.

If validated, Shiba Inu could rise toward the 50 three-hour moving average at $0.00001665. Breaking through this major area of resistance would be critical for SHIB price to resume the uptrend seen at the beginning of the month. 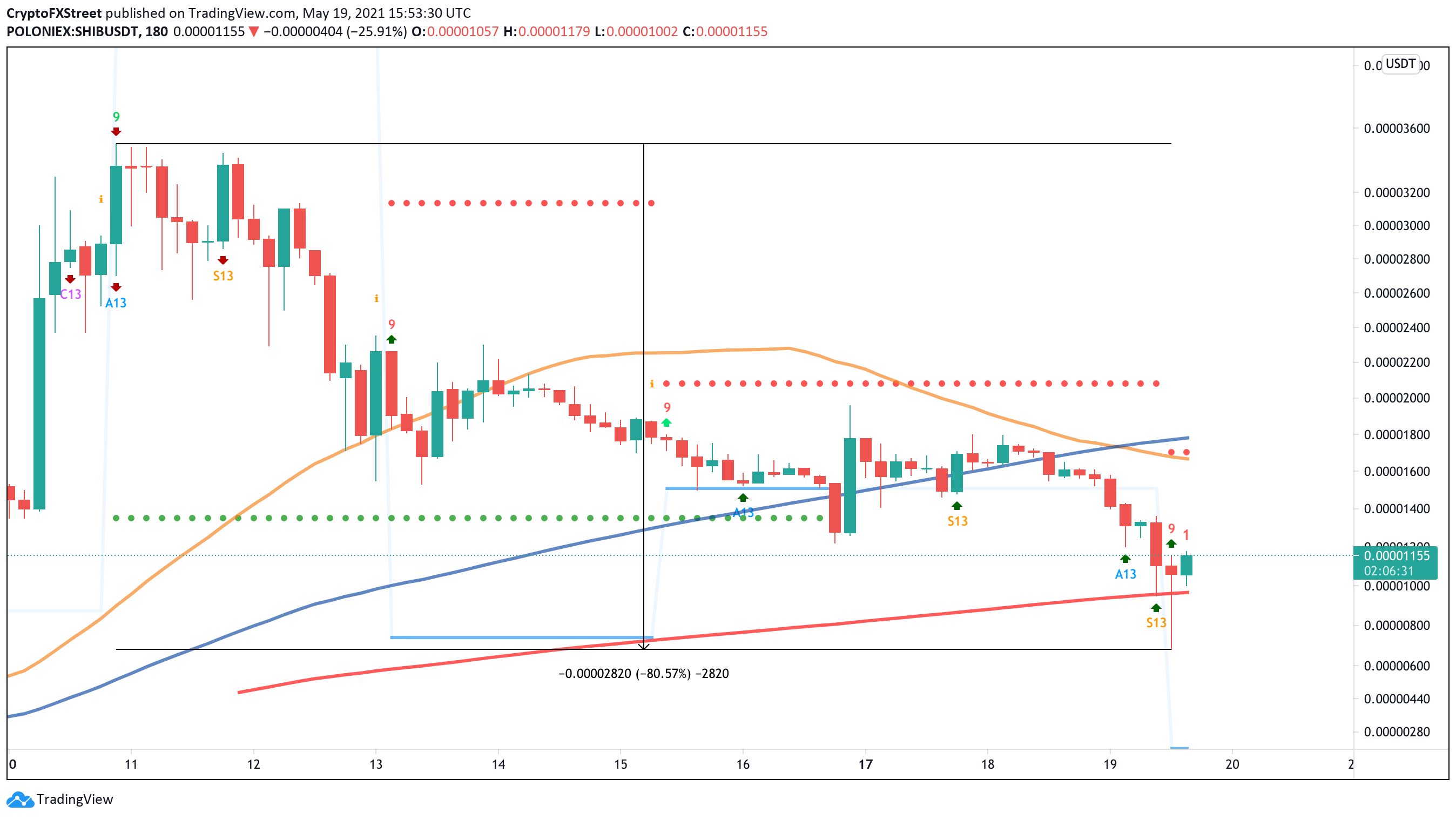 Nonetheless, a break of the 200 three-hour moving average at $0.00000968 could be catastrophic for the SHIB bulls. The next significant area of support sits at $0.00000405, which would represent a 58% decline from the current price levels.

AVAX price is likely to pull back after its 22% rally to the $25.83 support level, providing an opportunity for the next leg. The retracement is key in determining if it investors should add more to their holdings or consider booking profits.