Investigators have been tracking stolen funds from the Ronin bridge hack through their journey from mixers to the Bitcoin network. An investigator presented his analysis to the crypto community, revealing the location of the stolen funds.

Ronin bridge funds have been tracked to the Bitcoin network

BliteZero tracked the funds from the $625 million Ronin attack to the Bitcoin network. According to a 2022 Mid-Year Blockchain Security and AML Analysis Report, most of the Ronin hacks funds have been deposited to Tornado Cash. The US Treasury sanctioned Tornado Cash for national security reasons. Ethereum from the hack was deposited to Huobi, FTX and Crypto.com.

The trail doesn’t end at exchange deposits. The US Treasury sanctioned Bitcoin mixer Blender for its association with Ronin hackers. Since most Blender sanction addresses are deposit addresses used by Ronin hackers, exchange withdrawals were made to these wallets.

$20.72 million was withdrawn from exchanges, consistent with sanctioned releases by the treasury that mention “over $20.5 million.” From Tornado Cash, hackers moved funds using 1inch and Uniswap to renBTC. This is the point where funds were bridged over to the Bitcoin network. 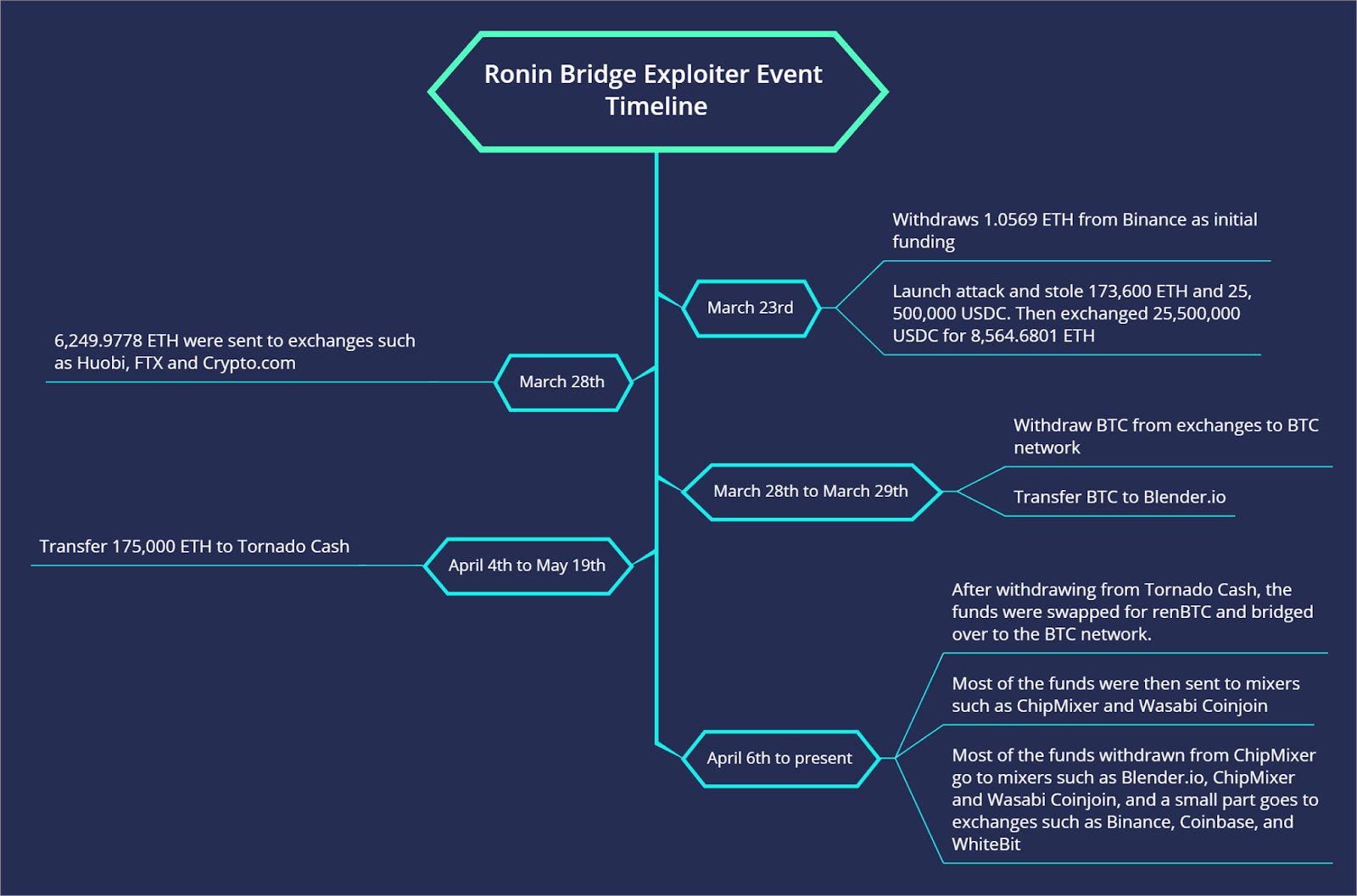 Plunder from the Ronin hack is now bridged to BTC

Investigators traced renBTC and Uniswap funds being bridged over to the Bitcoin network by hackers. Stolen funds when converted to BTC can be distributed and disposed of more efficiently, in theory. However, investigators are following every move of Ronin attackers and sharing it with the community.

Analysts evaluated Bitcoin price and identified signs of recovery in the asset. Pentoshi, a leading market analyst and trader, believes Bitcoin will hit a low at $20,694 and continue its decline to $19,141 if bulls cannot push BTC higher. In the event of recovery past $21,060, Bitcoin could resume its climb to $23,957.