Uniswap, the leading decentralized crypto exchange, has blocked crypto addresses associated with hacks in DeFi. Wallet blacklisting is one of the few steps taken by the exchange in its association with blockchain analytics firm TRM Labs.

Also read: Everything you need to know about Dogechain: Dogecoin on steroids

Uniswap, the decentralized exchange has blocked 253 crypto addresses within four months of its association with blockchain analytics firm TRM Labs. This is Uniswap’s first time blocking user wallets on its platform and revealing the same.

Blocked addresses are associated with stolen funds, Tornado Cash and other mixing services. The US Treasury recently sanctioned Tornado Cash for national security reasons. Tornado Cash has been linked to several hacks in the DeFi ecosystem previously.

Most of the addresses blocked by Uniswap can be traced back to legitimate human users, according to Banteg, a crypto analyst and influencer on crypto Twitter.

Uniswap has over 30,000 active users based on data from Token Terminal, a crypto data intelligence platform. The number of active users has increased consistently since April 2022. This increase is indicative of the number of traders accessing Uniswap for their needs, and its rising adoption.

UNI yielded nearly 25% losses for holders over the past week, while Bitcoin, Ethereum and leading meme coins Shiba Inu and Dogecoin offered double-digit gains. UNI price remains unchanged over the past 24 hours.

Cheds, a leading crypto analyst and trader identified $8 as a key level for UNI price. If bulls push UNI price to the $8 level, the asset is likely to climb higher, breaking out of its downtrend. 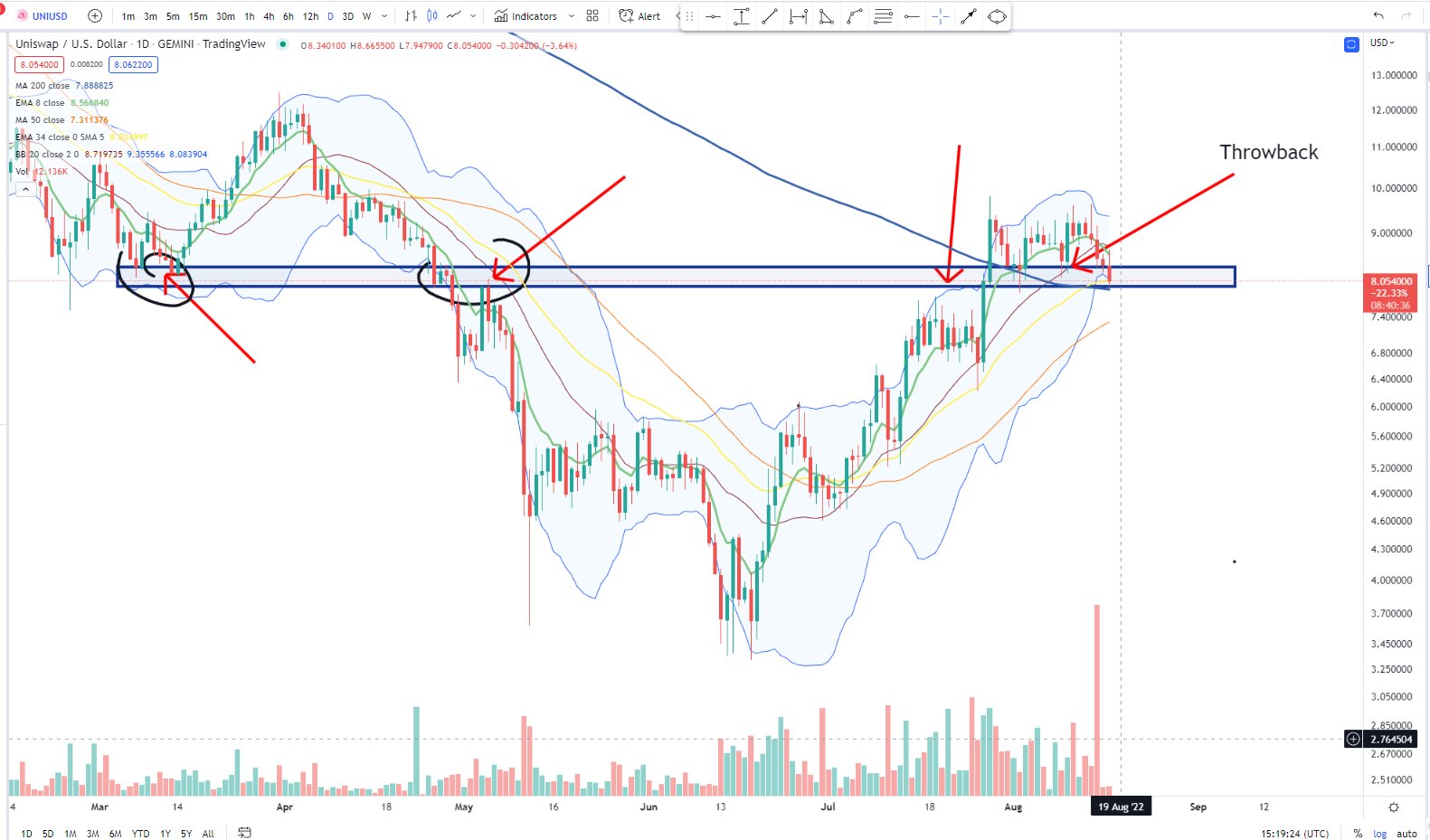